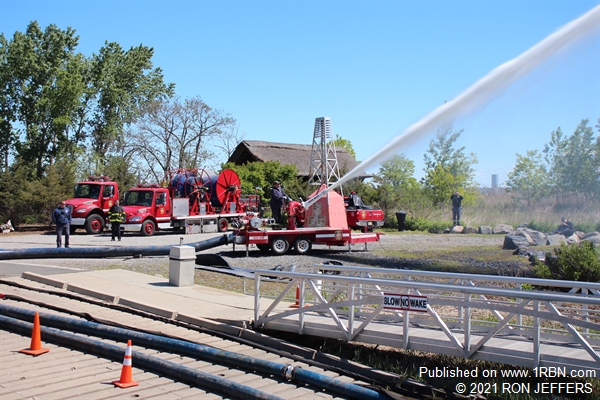 Photo by RON JEFFERSFirefighters and officers from numerous departments attended the Neptune system water supply drills, that occurred for four days in May. 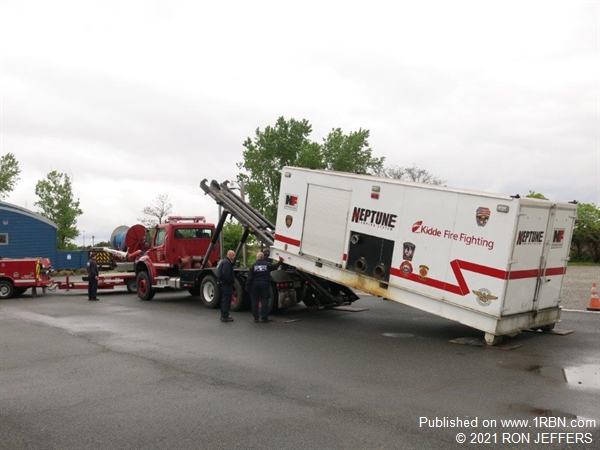 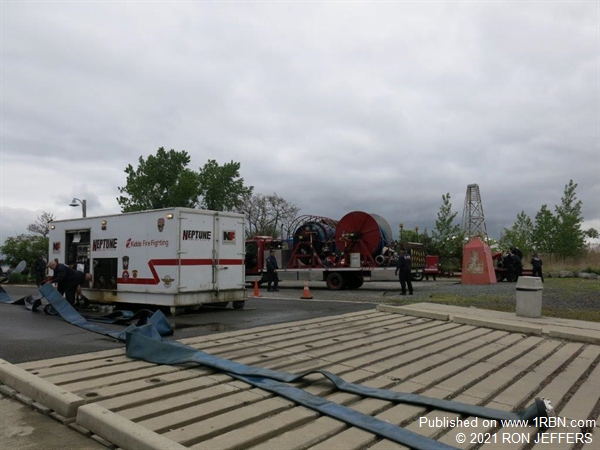 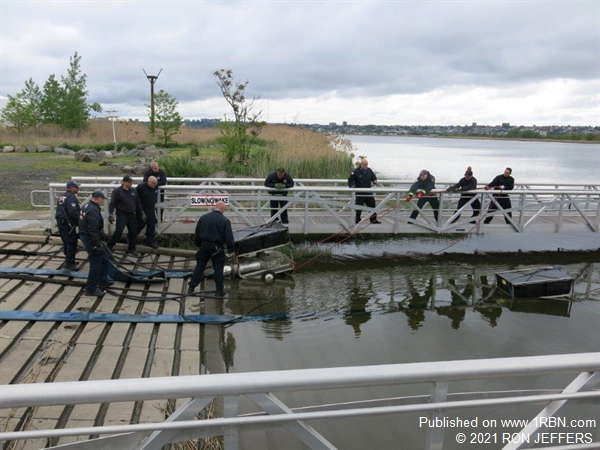 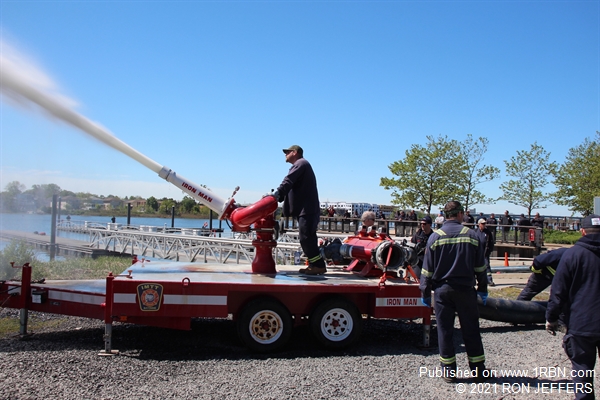 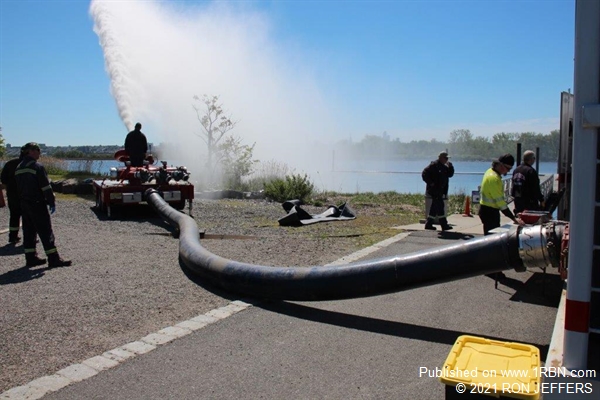 CARLSTADT, NJ - On May 10th through the 13th, numerous fire departments participated in a Neptune water supply drill that was held at the foot of Paterson Plank Road in Carlstadt. The large pump, loaded on to a flat bed roll-off truck, and large diameter 12-inch hose supplied by hose reel apparatus, can deliver some 7000-10,000-GPM at a major fire or water supply emergency.

Many area firefighters, both career and volunteer, attended the drills during the four days, to educate themselves on the Neptune System, and to be aware of its service to local fire departments.

The system is run by the Newark-Jersey City UASI region, in conjunction with the New Jersey Division of Fire Safety. Assets are housed with various fire departments. The drills were conducted with a strong presence of firefighters from Elizabeth, Union, Linden and the IMTT fire department from Bayonne.

A large number of on and off duty firefighters participate in observing the operations of this unique system over the four days. In addition, at the May 10th meeting of the New Jersey Deputy & Battalion Fire Chief's Association, the drill was brought up and participation from the members and their departments was encouraged.