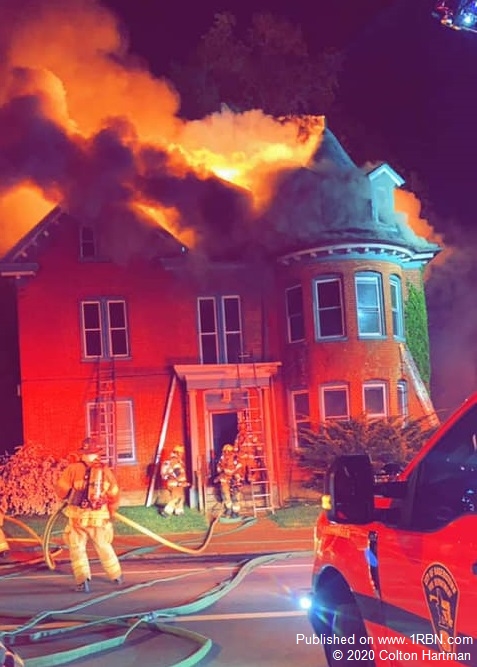 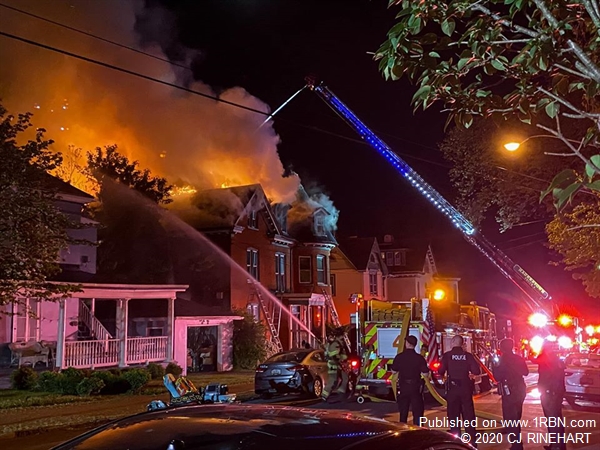 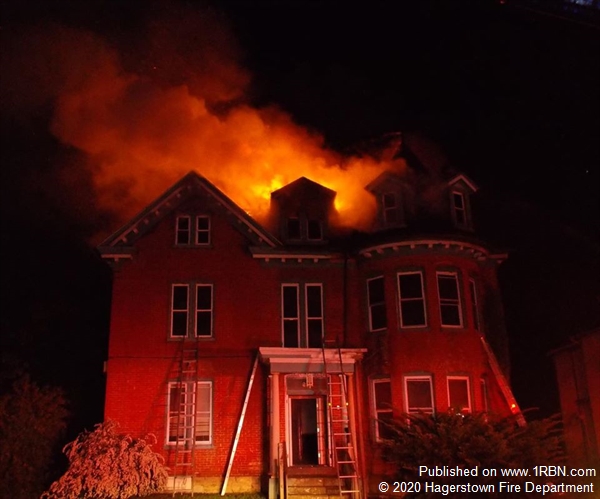 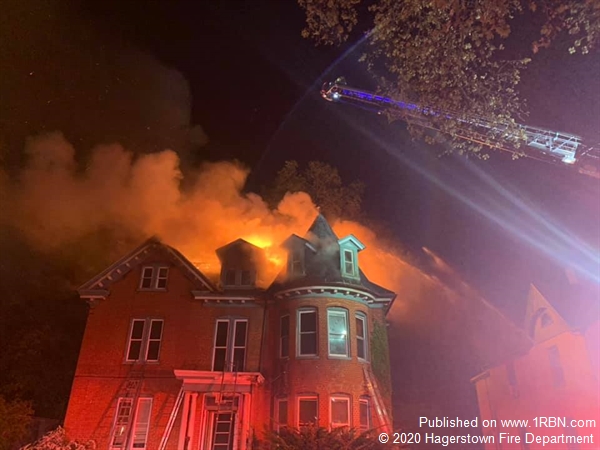 Hagerstown, MD - On the morning of May 10th, emergency crews from the Hagerstown Fire Department were alerted on Box 3-4-1-5 for a structure fire on South Prospect Street.

The Washington County Emergency Communications Center received the call from a passerby reporting a fire to the rear of an abandoned house at 221 South Prospect Street. Hagerstown Battalion Commander, Justin Malott, arrived to find a three-story residential structure with normal conditions from the front (side Alpha) of the structure. Upon further investigation, crews found they had a working fire in the rear (side Charlie) of 216 South Prospect Street. Malott immediately established South Prospect Street Command and requested the Safety Assignment to be started.

Firefighters were faced with a rapidly spreading fire that had already spread from the first floor to the second. Crews quickly pulled attack lines and made entry to battle the blaze as the fire continued to spread up the back of the house into the attic. Firefighters were hampered by the balloon construction which gave the fire multiple routes to spread rapidly. Interior crews attempted an aggressive attack and were met with heavy fire conditions on Division II of the structure. At 3:20 A.M., the interior crew on Division II was forced to evacuate after the ceiling collapsed. Command immediately called for all crews to exit the structure and called for the Evacuation Tones to be sounded.

Firefighters were forced into a defensive mode to battle the blaze from the exterior with attack lines and master streams as the fire was now shooting from the roof. Once they had their master streams in service, firefighters were able to get a bulk of the blaze knocked down on the exterior of the structure by 3:45 A.M. Firefighters were then able to make re-entry to continue fighting the fire. Crews worked for over an hour extinguishing the flames and conducting extensive overhaul to ensure the fire was out. Crews remained on the scene for a good portion of the day dowsing hot spots and assisting Hagerstown City Fire Marshals with their investigation.

Over 40 emergency personnel responded on the early morning blaze. The residence is believed to have been vacant for over a year. The blaze caused heavy damage to the structure, but specific damages were not released. Two firefighters sustained minor injuries during the incident, but did not require transport to the hospital. The cause of the blaze has not yet been determined and remains under investigation by the Hagerstown City Fire Marshal’s Office.