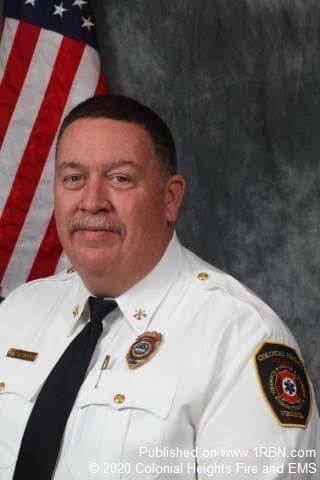 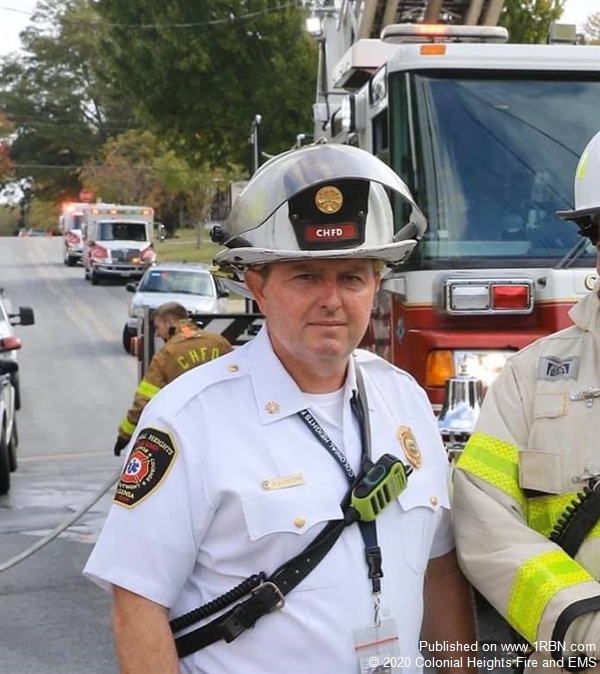 Colonial Heights, VA - Deputy Chief T. Wayne Hoover has been named the new Chief of Fire & EMS for the City of Colonial Heights, effective May 6, 2020. Hoover makes fire history as the third paid Fire Chief in the department.

“The City is very fortunate to have an exceptional in-house candidate in Wayne Hoover to serve as our new Chief. Chief Hoover brings extensive Fire and EMS experience from serving Colonial Heights and other organizations as well,” City Manager Douglas Smith said.

Chief Hoover started out as a volunteer firefighter and rescue squad member with Victoria Fire & Rescue Inc. in 1986. He is still involved as a volunteer Paramedic and Life Member. Upon graduating high school, he began working for the Petersburg Fire Department in January of 1989. Hoover has served with the City of Colonial Heights Fire & EMS Department since 1993, including service as a Battalion Chief from 1996 to 2018 and as Deputy Chief beginning in 2018. Hoover has most recently been serving in the role of Acting Fire Chief for the City.

Fire Chief A.G. Moore, Jr., who served the public for 38 years, retired, with his official last day of service being Thursday, April 30, 2020.

Chief Moore has left a legacy in the department, as a charter member of the Crater Regional Technical Rescue Team and who was instrumental in developing the Automatic Aid program and joining the Regional Radio System. At the time of Chief Moore's promotion in March of 1993, he was the youngest career chief in the Commonwealth of Virginia at just 26-years-old.