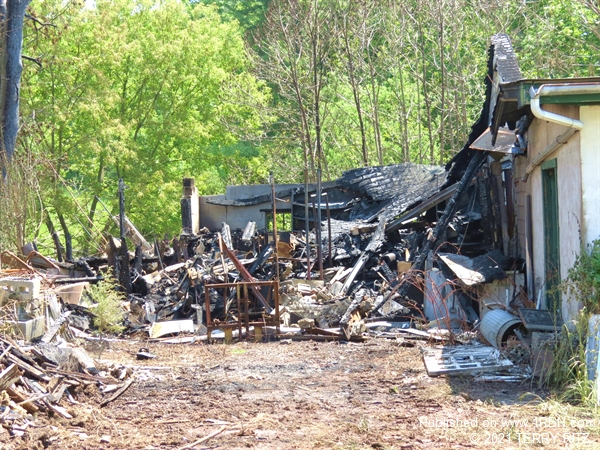 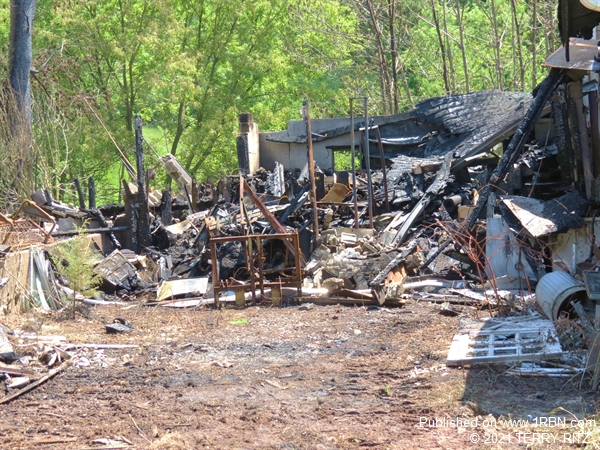 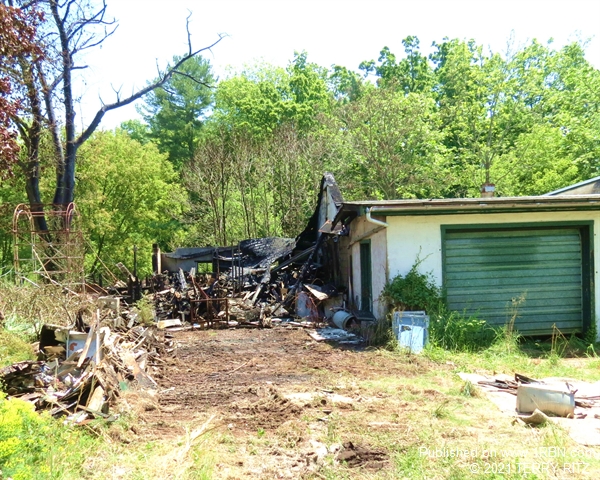 Upper Hanover Twp., Thurs. ,May 20,'21, 2:37 AM---East Greenville Fire Company, along with several other fire companies from the Upper Perk Valley, were dispatched to a garage fire on Fruitville Rd. in Upper Hanover Twp. When Chief 38 arrived on the scene , he had a working garage fire with heavy flames showing. He called Montgomery County Dispatch Center to upgrade the call to a working garage fire for manpower and tankers. Quick response from the fire companies using 3" lines with blitz nozzles prevented the fire from spreading to the other end of the building. Water was supplied by tankers because there was no hydrants in the area.The burned part of the building was a total loss. Heavy overhaul had to be done. The fire was brought under control within the hour. There were no injuries. The building was a welding shop in the past for many years.