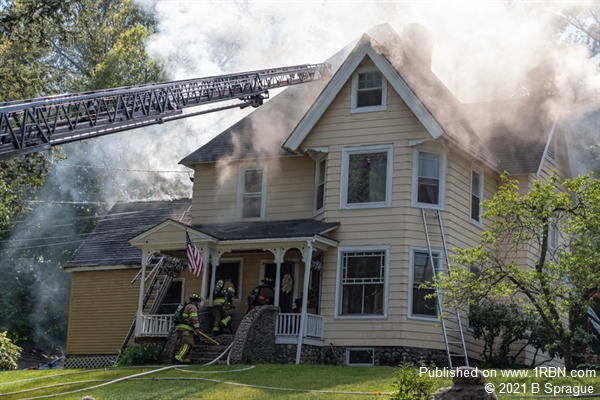 Photo by B SpragueFire crews going in to open up. 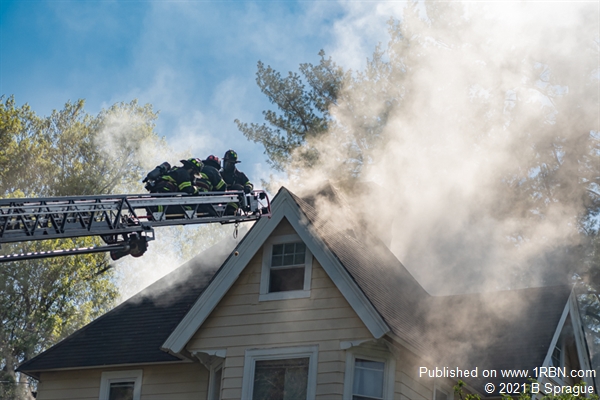 Photo by B SpragueFirefighters going to the roof for a vent cut. 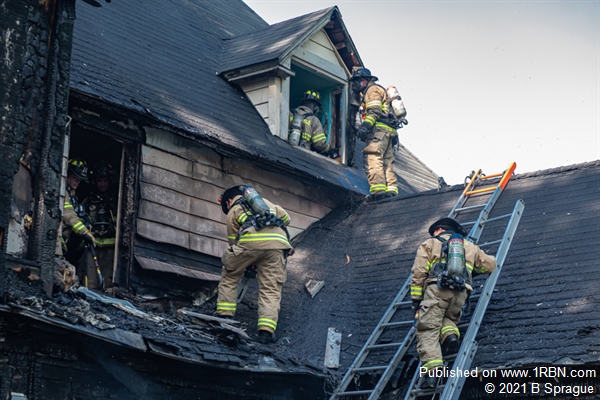 Photo by B SpragueCrews doing overhaul

DERRY, NH - On May 20th, Derry firefighters responded to a reported house fire on High Street. First personnel on scene reported heavy fire in the rear of a two-and-a-half story victorian style home and requested a working fire. Due to the size of the home and fire quickly spreading into the walls and attic area, a second-alarm was requested for more manpower. Due to labor intensive operations, a third-alarm was transmitted for crew relief. Over 100 firefighters worked the fire, with 10 towns either at the fire or covering several other calls in town during the incident. The cause of the fire is under investigation at this time.