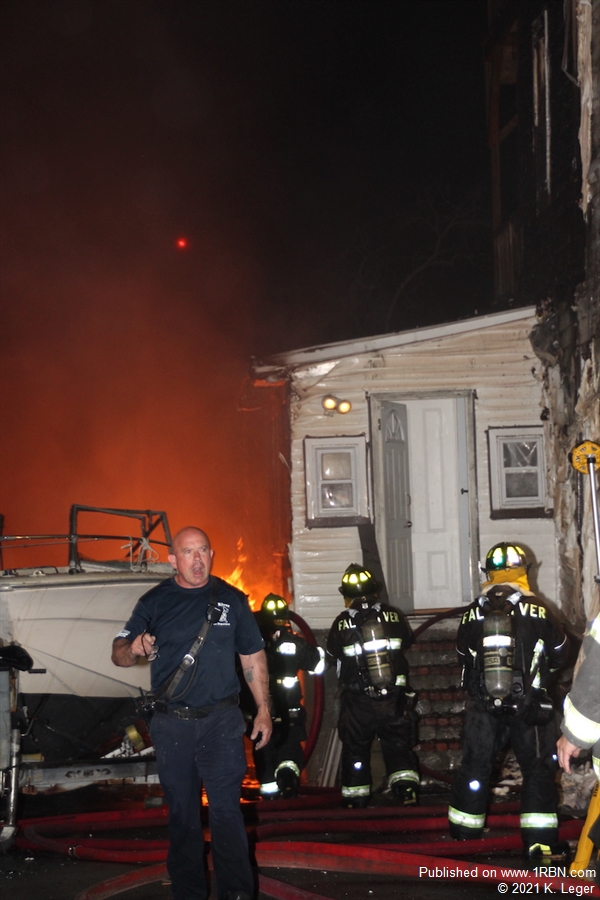 Photo by K. LegerChief calls for a foam line. 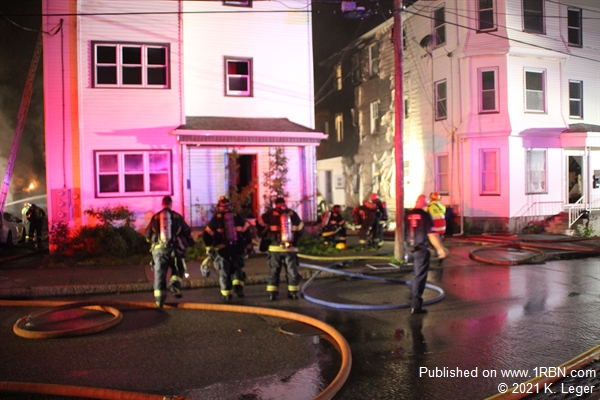 Car 2 arrived on scene and reported (two) three-story, wood-frame dwellings with both rears 'C' side involved from the ground to the roof. Command immediately called for an extra engine company to the scene.

As companies went to work they discovered that not only were the structures on fire, but a garage, a shed and a boat were also heavily involved. Multiple attack lines were deployed and the fires were quickly knocked down, but not before heavy damage was incurred.

During the fire fight, it was discovered that the boat fire was being fed by several fuel containers, Firefighters had to use foam to completely extinguish the boat fire.

Due to the layout of the fire ground and witness statements, this fire is being treated as suspicious.