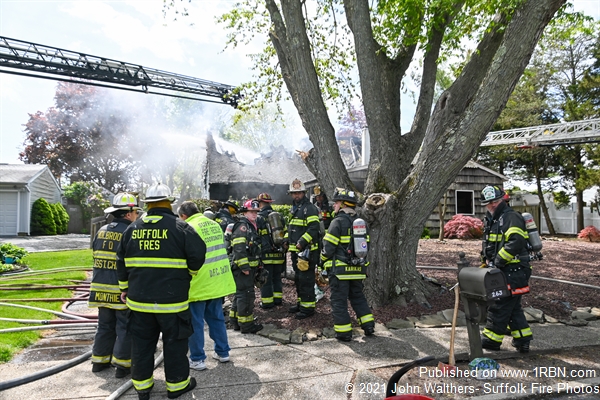 Photo by John Walthers- Suffolk Fire PhotosFirefighters from multiple departments operated at this fully involved house fire in Holbrook on May 9th. 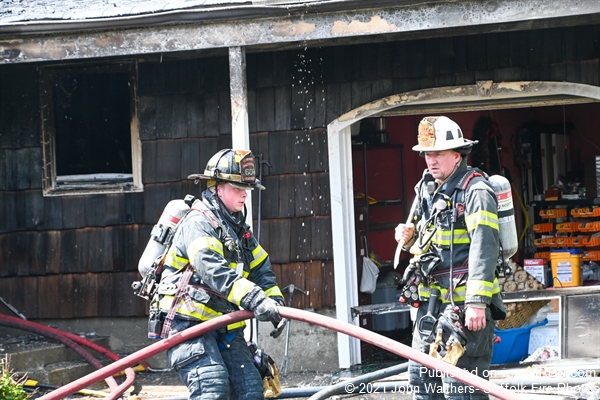 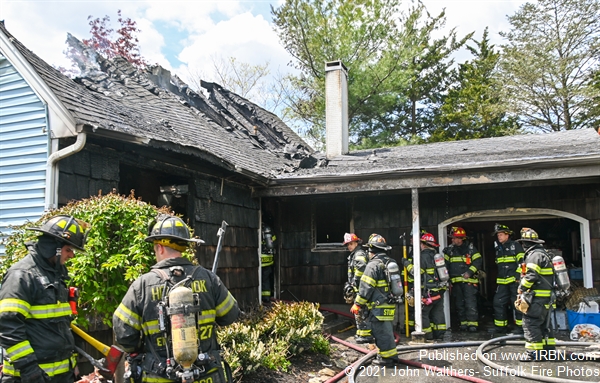 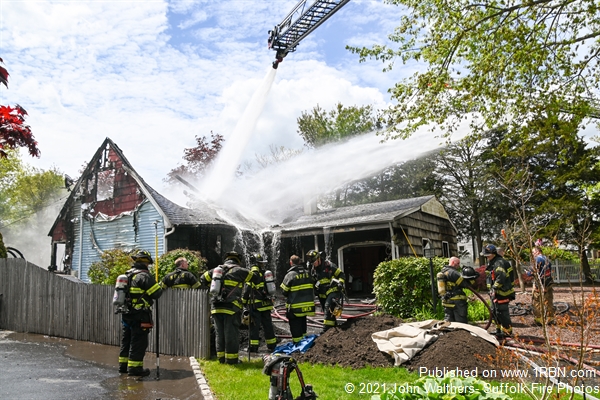 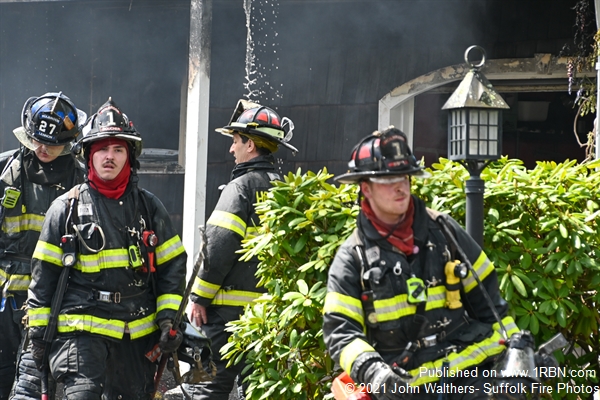 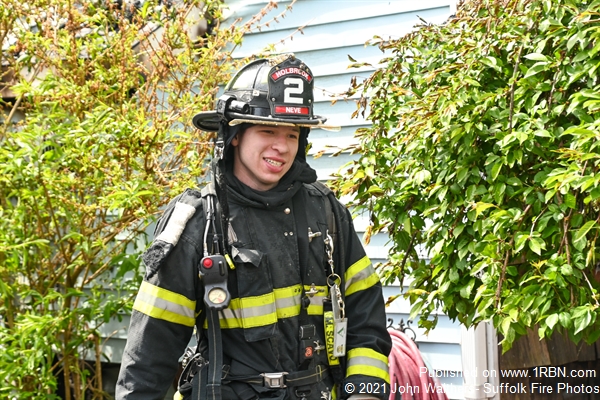 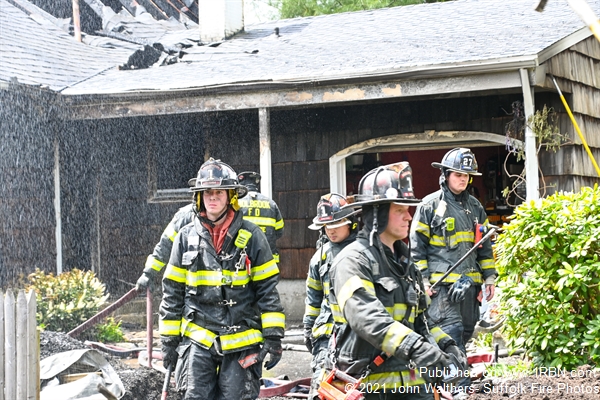 HOLBROOK, NY - On Sunday, May 9th at about 11:00 A.M., the Holbrook FD was activated for a reported structure fire on Blue Point Road, located off Rudder Drive. Multiple calls were taken for a reported fully involved house.

A member arrived on scene and confirmed the house was well involved. Engine 3-15-6 pulled up first due and went to work, quickly stretching a line. Mutual aid was requested into the scene from Holtsville, Sayville, Farmingville, Bayport and North Patchogue. Multiple lines were stretched and two tower ladders were put into operation.

Firefighters worked for a little over an hour before 3-15-31 placed the scene under control. There was extensive overhaul to complete. At least one civilian was taken to a local hospital for treatment of non-life-threatening injuries. Islip Town Fire Marshal was on scene investigating and the Islip Town Hazmat was also called to the scene. Ronkonkoma FD stood by for additional alarms at Holbrook FD.