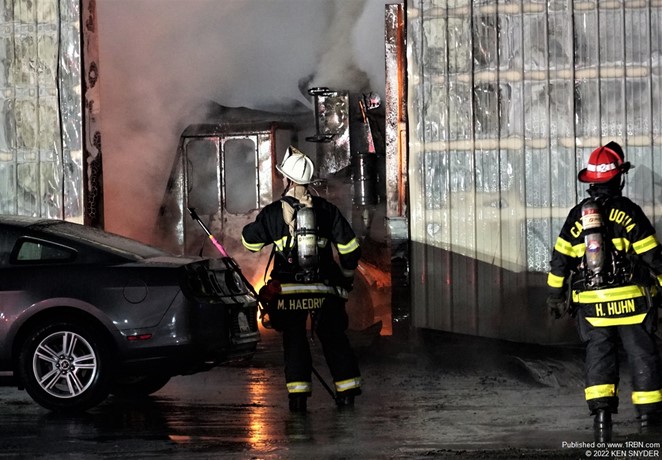 Photo by KEN SNYDERA partial view of a garbage truck on fire. 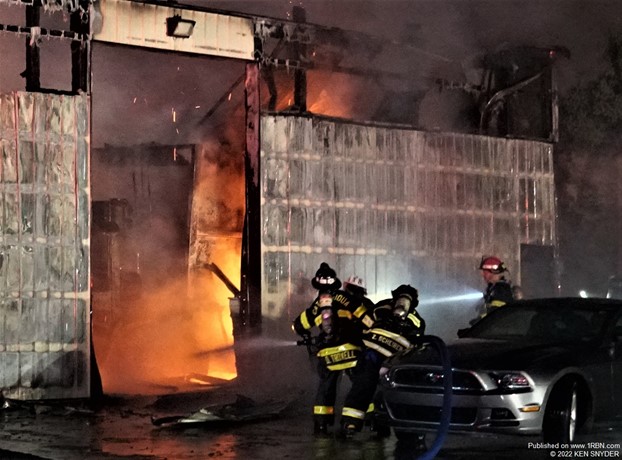 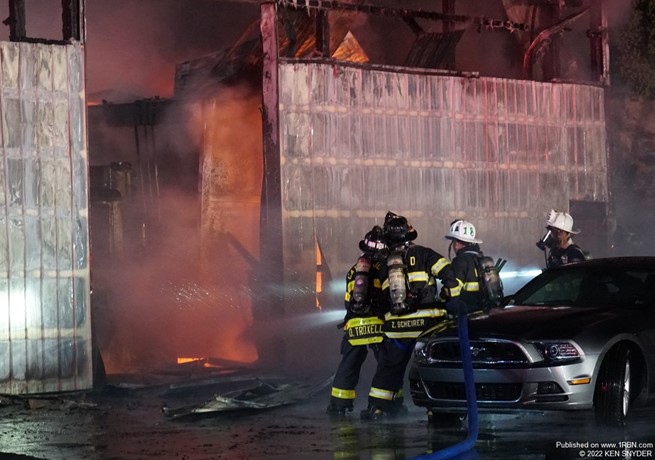 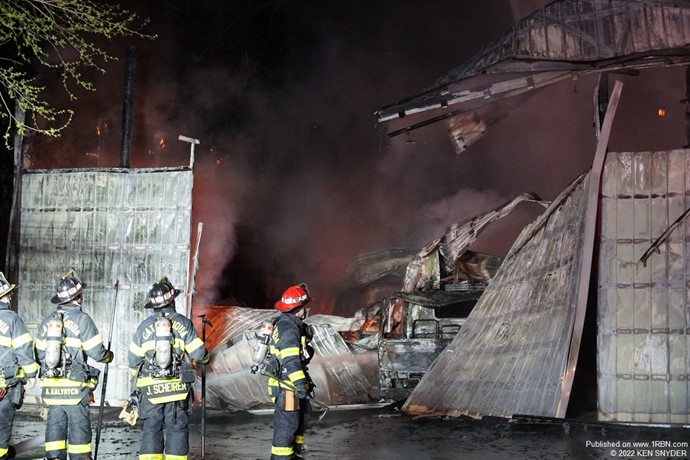 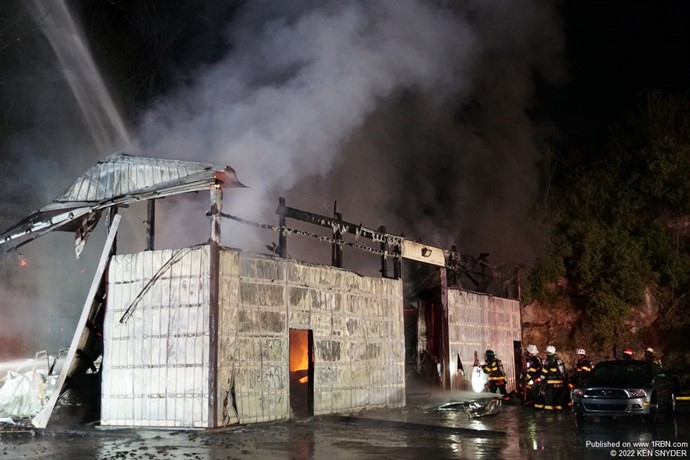 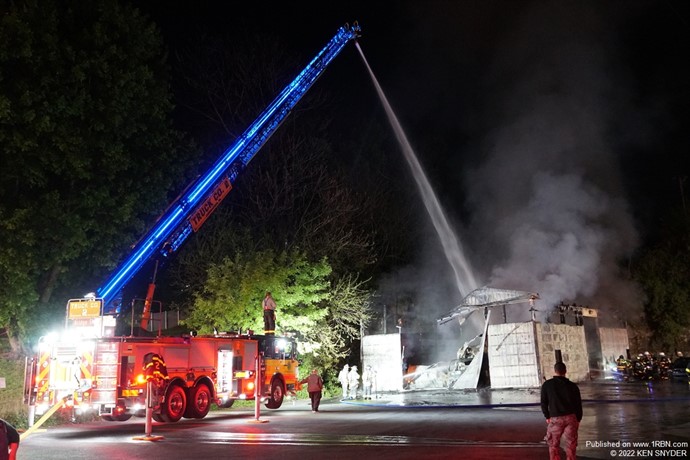 Photo by KEN SNYDERCatasauqua Truck 231 in service at the 2nd alarm garage fire May 12th. 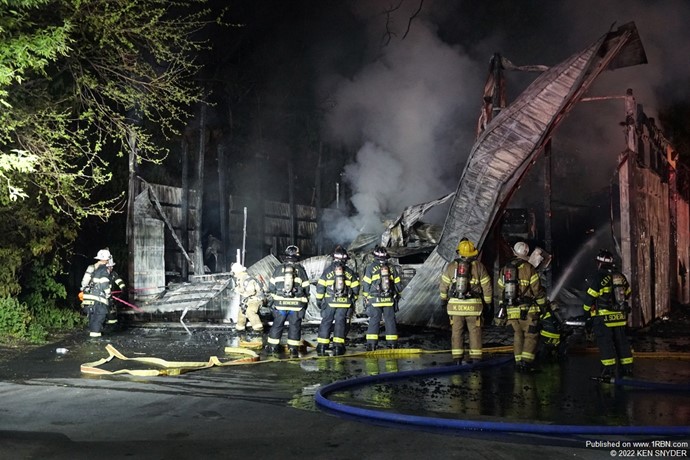 CATASAUQUA, PA - On May 12th at 12:53 A.M., the Lehigh County 911 Center dispatched the Catasauqua and North Catasauqua Fire Departments to a commercial structure fire located at 261 Race St. in the borough.

Upon arrival, Chief Hertzog reported a fully involved garage fire. This was a one-story metal clad garage used by Star Disposal and several garbage trucks were on fire. An immediate second-alarm was requested, and as the fire was progressing, several minor explosions were heard inside the fire building.

The fire was controlled by a ladder pipe and several hand and blitz lines. As the contaminated water ran onto the street (ie. diesel fuel, hydraulic fluid, garbage waste etc.), the Lehigh County Haz-Mat unit was deployed to mitigate the situation. Companies remained on scene for several hours, and there were no injuries reported.