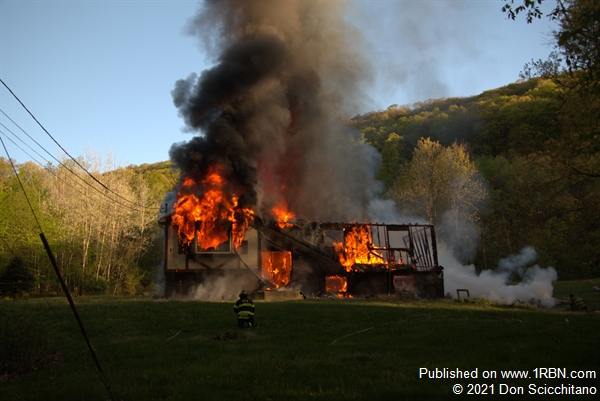 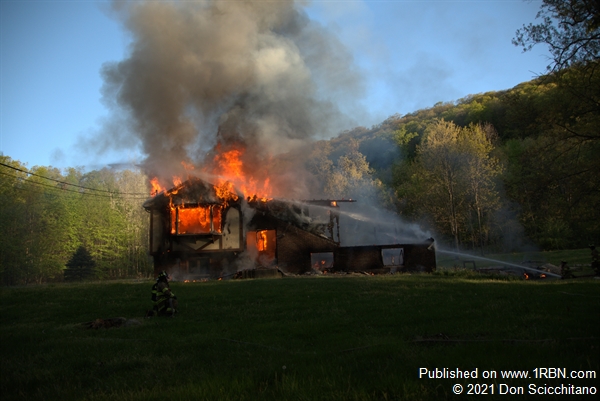 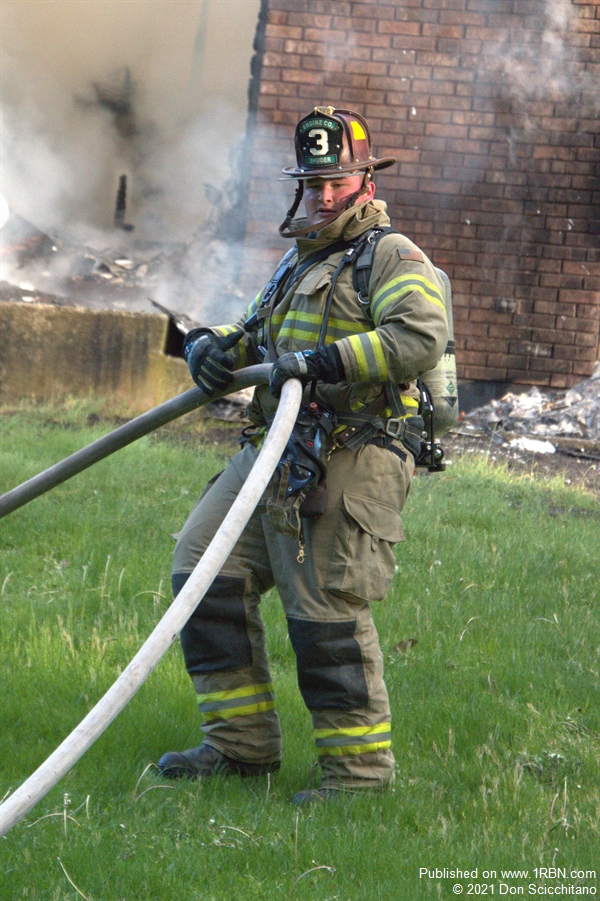 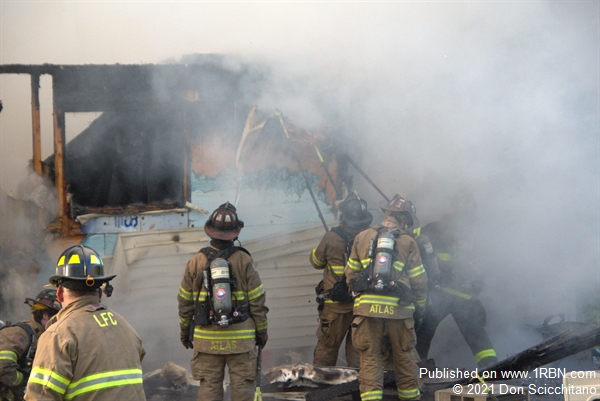 Photo by Don ScicchitanoSeveral firefighters from the Atlas Fire Company work on brining down an exterior wall to access the blaze.

BUTLER TWP., PA - Shortly before 6:30 A.M. on May 13th, District 4 and surrounding districts were dispatched for a reported working fire in the area of 30 High Road, Butler Township. While units were starting to respond a second-alarm was immediately called due to a smoke column being visible from local fire stations in town and as far away as just outside Mount Carmel.

Lavelle Captain Jeremy Smallwood stated that as first-in units arrived they had to cut open the chain lock on the gate to get access down the dirt and gravel road to the residence. When they made it down the long driveway they found heavy fire showing, especially in the 'Charlie'/'Delta' side of the house.

Shortly after units began arriving on scene a third-alarm was struck to bring additional manpower and tankers so a water source could be established.

Within 30 minutes the bulk of the fire that remained was knocked down and firefighters began to extinguish what remained of hotspots in what was left of the building.

As of now no cause has been determined, but a State Police Fire Marshal was called to the scene.