One Home Destroyed and Second Home Damaged by Fire in Longmeadow

Photo by Christina RobertsLongmeadow's Quint 27 on the scene with heavy fire conditions. 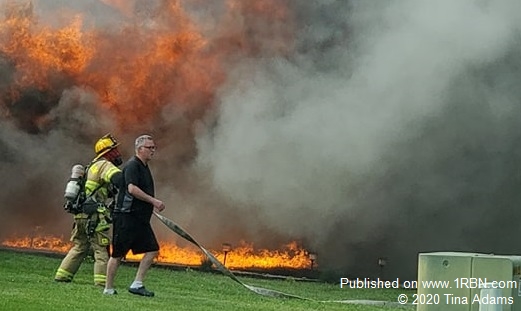 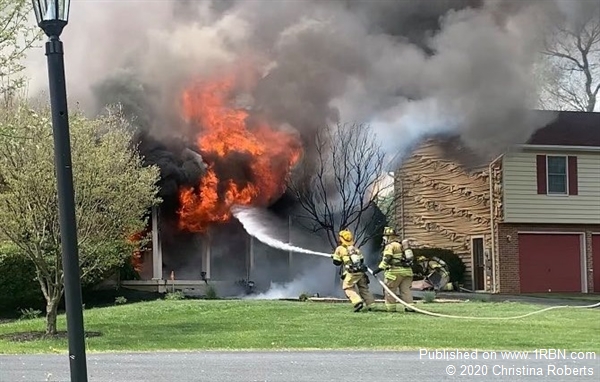 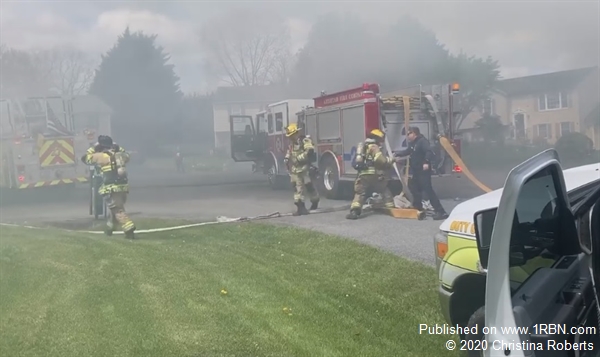 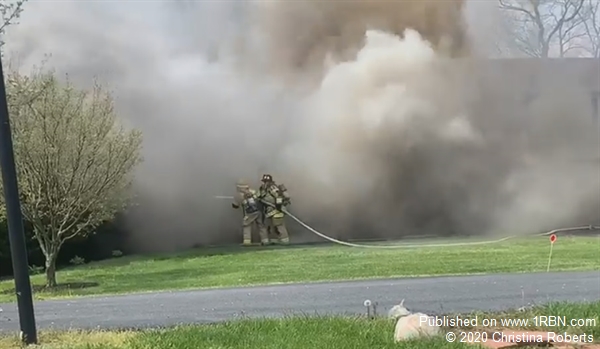 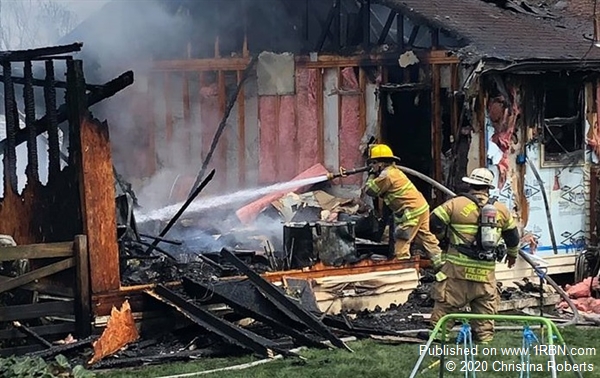 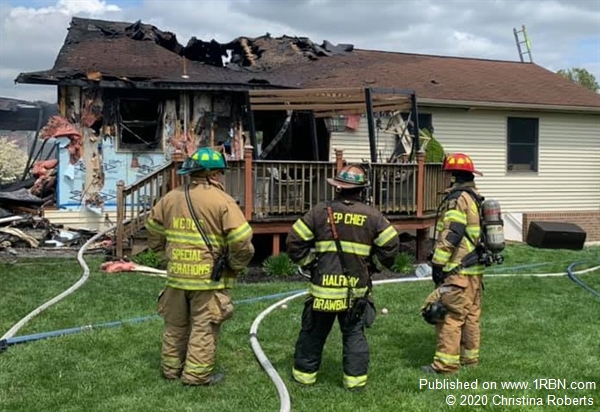 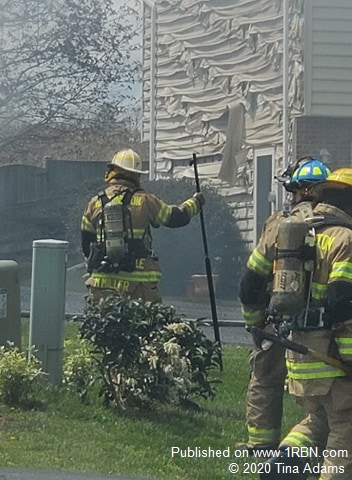 Longmeadow, MD - On the afternoon of April 25th, Washington County Emergency Communications Center (ECC) received multiple calls reporting a structure fire on Hyacinth Court in Northbrook Estates, just north of Hagerstown. Emergency crews from the Longmeadow Volunteer Fire Company were alerted for the call at 12:12 P.M. with multiple companies due on Box 27-5 for a house fire. Emergency crews responding on the call could see a large column of smoke billowing from the area as the ECC continued to receive multiple calls reporting the blaze with possible occupants still inside the structure.

Longmeadow’s Lt. Scott Adams was the first to arrive to find a one-story rancher with heavy fire showing from the attached garage with extension into the house. Lt. Adams reported that he had a working fire with exposures on sides 'Bravo' and 'Delta' of the structure as Longmeadow’s Quint 27 arrived and immediately set up for fire attack on side 'Alpha'. Firefighters pulled multiple attack lines to battle the blaze and protect exposures as Lt. Adams requested the County Safety Assignment to be started to assist.

Firefighters battled the blaze for nearly 30 minutes before getting a significant knock and gaining control, at which time Command reported the fire knocked down at 12:43 P.M. Once knocked, Command reported crews would be committed on the scene conducting extensive overhaul operations and requested a Fire Marshal to the scene. Firefighters' quick actions were able to keep the fire contained to the house that was involved while keeping the damage to the surrounding exposures to a minimum. Four people were displaced by the blaze and are currently receiving assistance from the American Red Cross. None of the occupants were injured during the incident, but one of the family pets were lost and one firefighter was transported to Meritus Medical Center by EMS and was later released.

The Sunday afternoon blaze caused significant damage to the residence at 13106 Hyacinth Court, with moderate damage to the residence next-door at 13110 Hyacinth Court from the heat of the blaze. Investigators from the Maryland State Fire Marshal’s Office were on the scene for several hours conducting their investigation of the blaze. The point of origin was determined to be the interior of the garage, but the cause of the blaze has not yet been determined and remains under investigation. The damages to the main residence are estimated to be around $230,000 between the structure and its contents. The estimated damages to the residence next-door were not released.