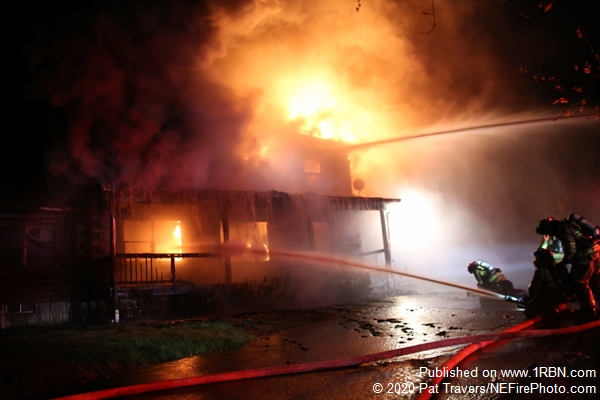 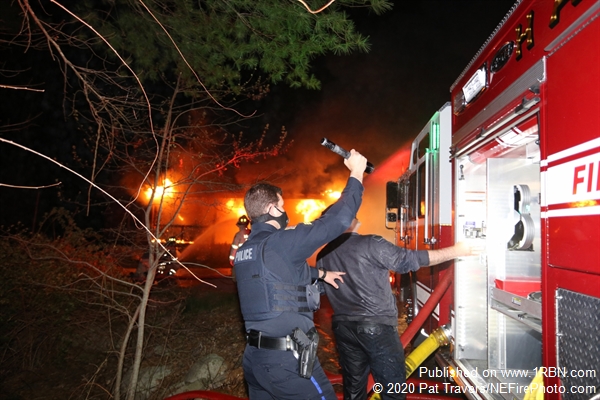 Photo by Pat Travers/NEFirePhoto.comA police officer shines his flashlight on the pump panel for the pump operator. 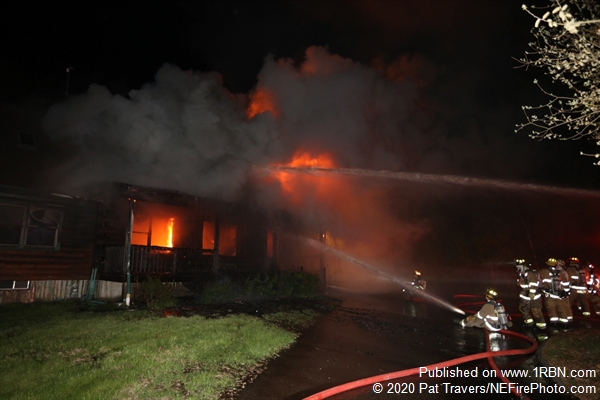 Photo by Pat Travers/NEFirePhoto.comMultiple hand lines were put into operation. 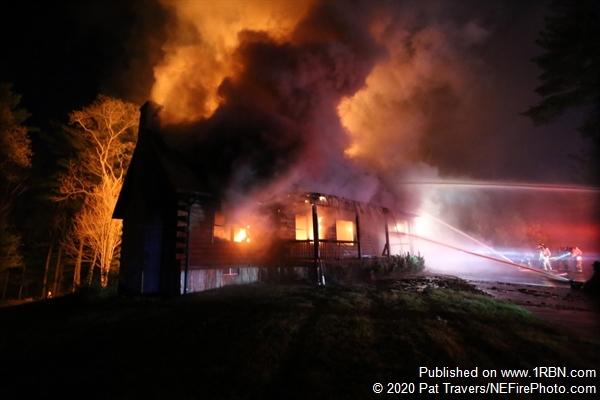 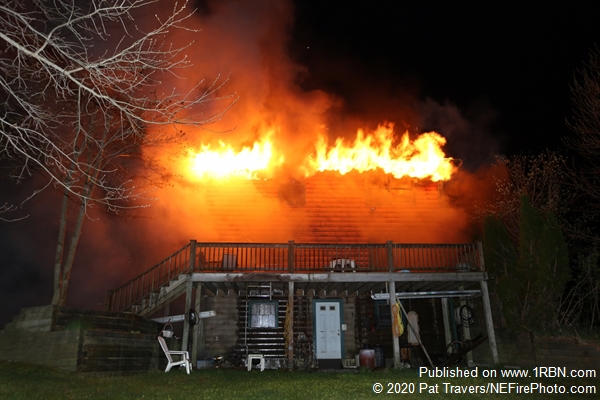 Photo by Pat Travers/NEFirePhoto.comFire pushes from the soffit in the rear of the building. 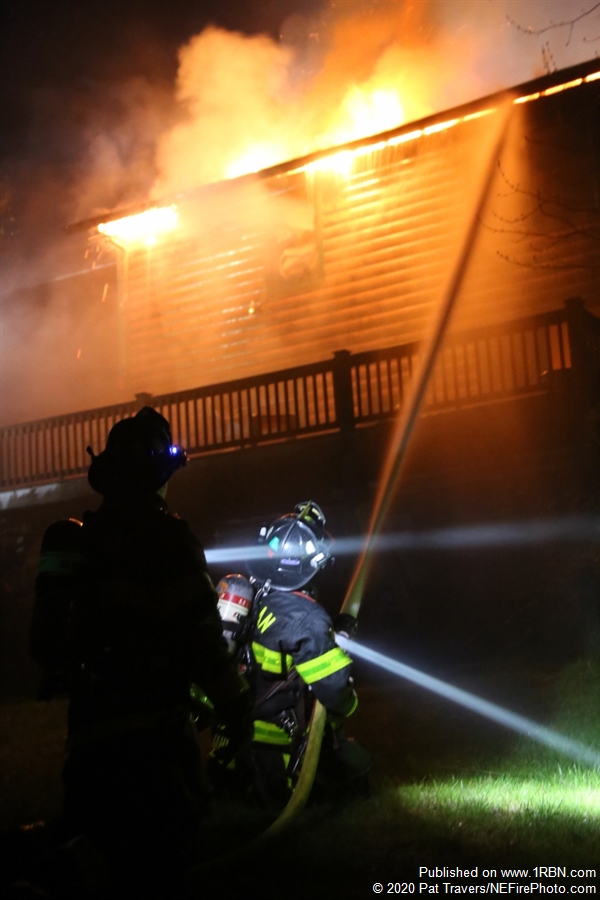 Photo by Pat Travers/NEFirePhoto.comWhitman firefighters operate a hand line in the rear of the building. 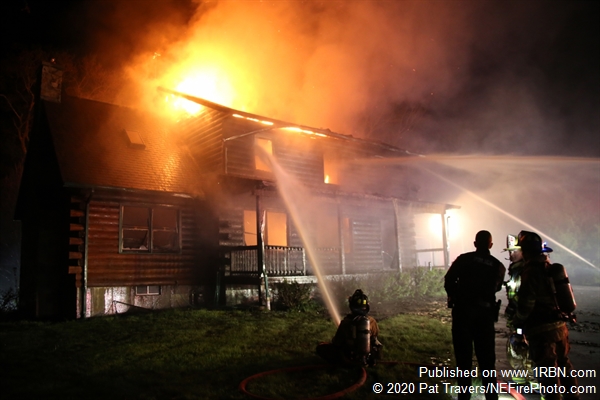 Hanson, MA - At 9:11 P.M. on the evening of Monday, May 4th, the Hanson Fire Department responded to a reported house fire at 165 Pennsylvania Avenue. A crew of four firefighters arrived to find heavy fire and smoke showing from the front of a two-story wood-frame, log cabin style house. Firefighters were advised by an occupant that one resident of the house had not come out of the structure.

The victim has been identified as Margaret O'Toole-Driscoll, 58. The family dog was also unable to escape the blaze. The cause of the fire remains under investigation by the Hanson Fire Department, Hanson Police Department, the Plymouth County District Attorney's along with the Massachusetts State Fire Marshal's office. The fire is not considered to be suspicious at this time, and foul play is not suspected.