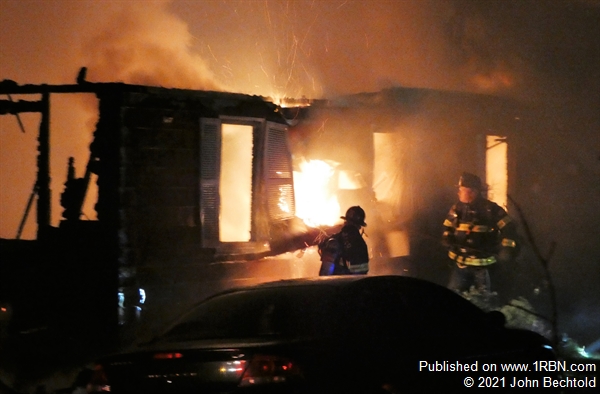 Photo by John BechtoldFirefighters battle a hot one. 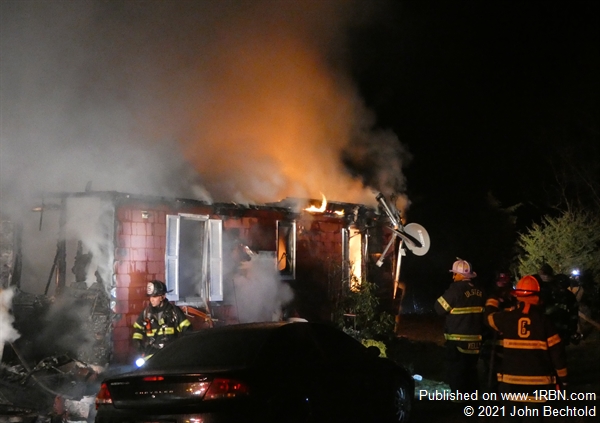 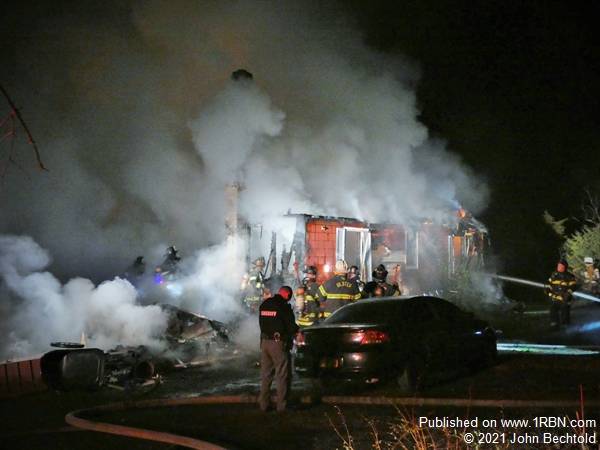 Photo by John BechtoldWhite smoke showing the fire is losing the battle.

WEST HURLEY, NY - At 1:10 A.M. on April 10th, the West Hurley FD, along with several other companies, responded to a fully involved house fire at 1469 Route 28A. Firefighters removed a man from the residence that succumbed to injuries from the fire. The cause of the blaze remains under investigation. In addition to West Hurley, Olive, Woodstock, Centerville and Ulster Hose companies, along with Mobile Life ALS were present and assisted.