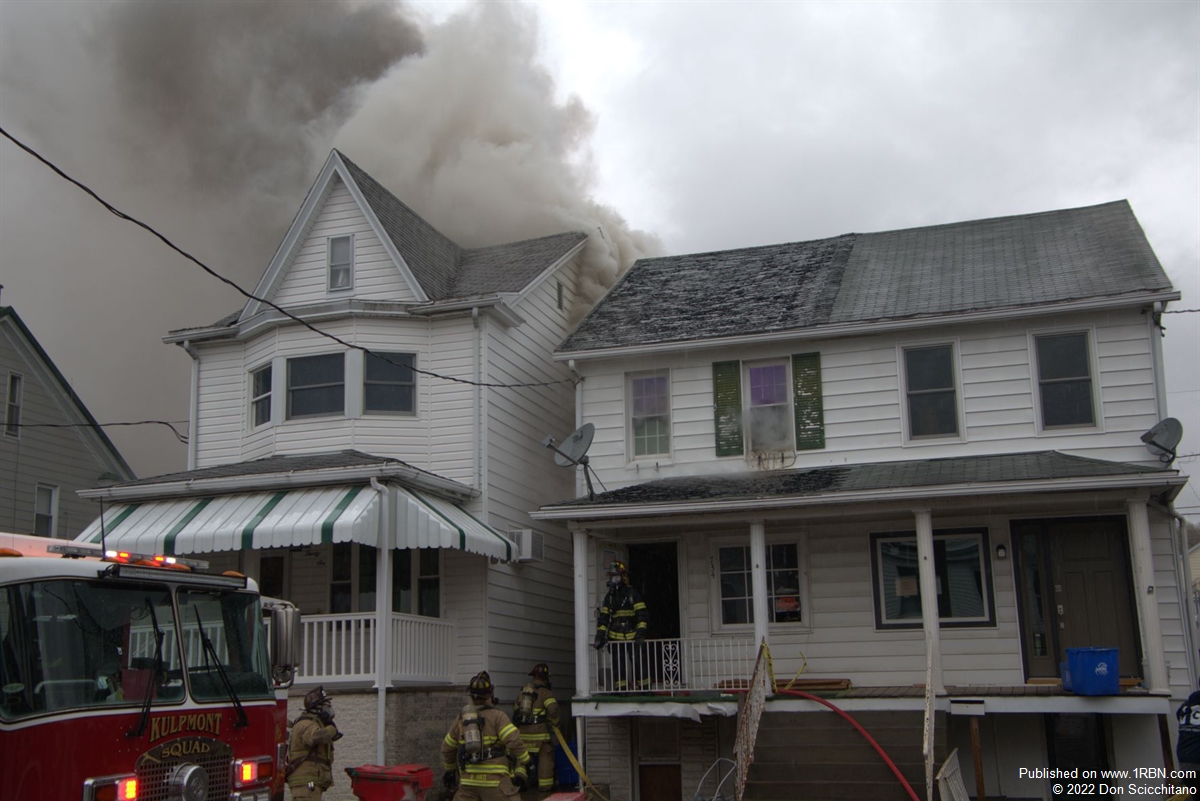 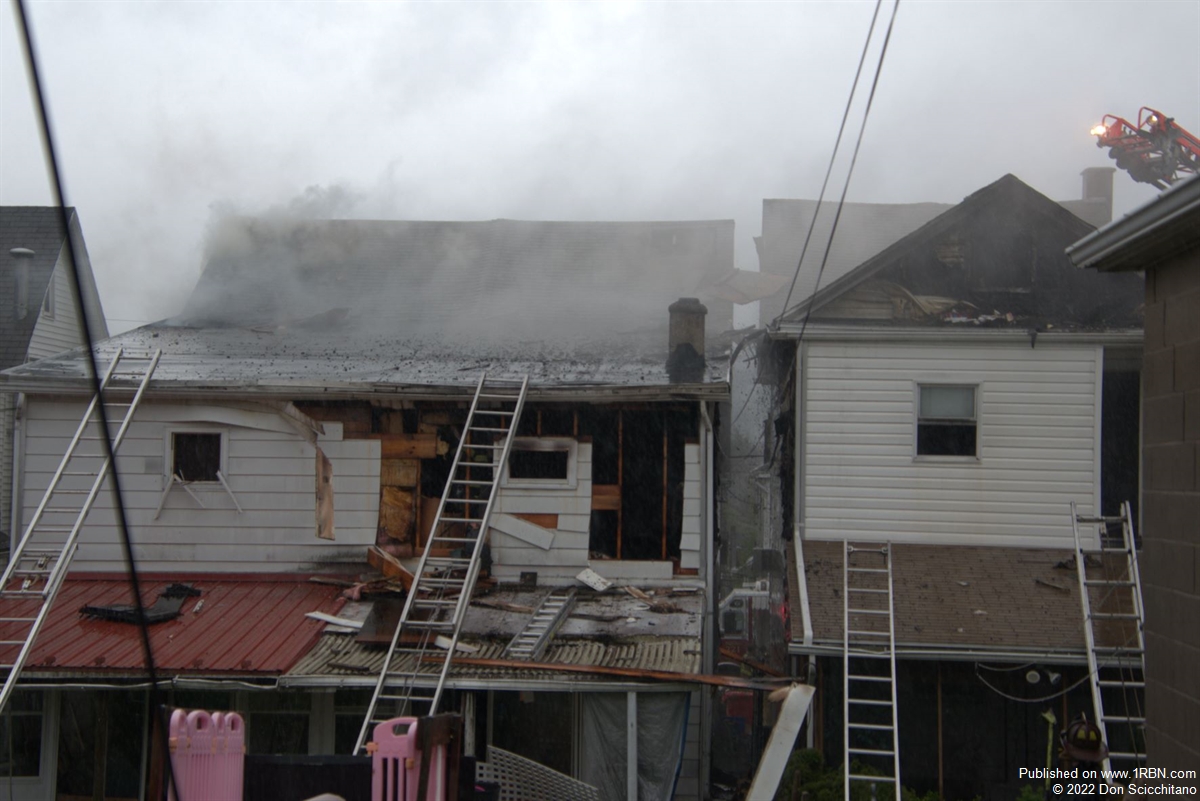 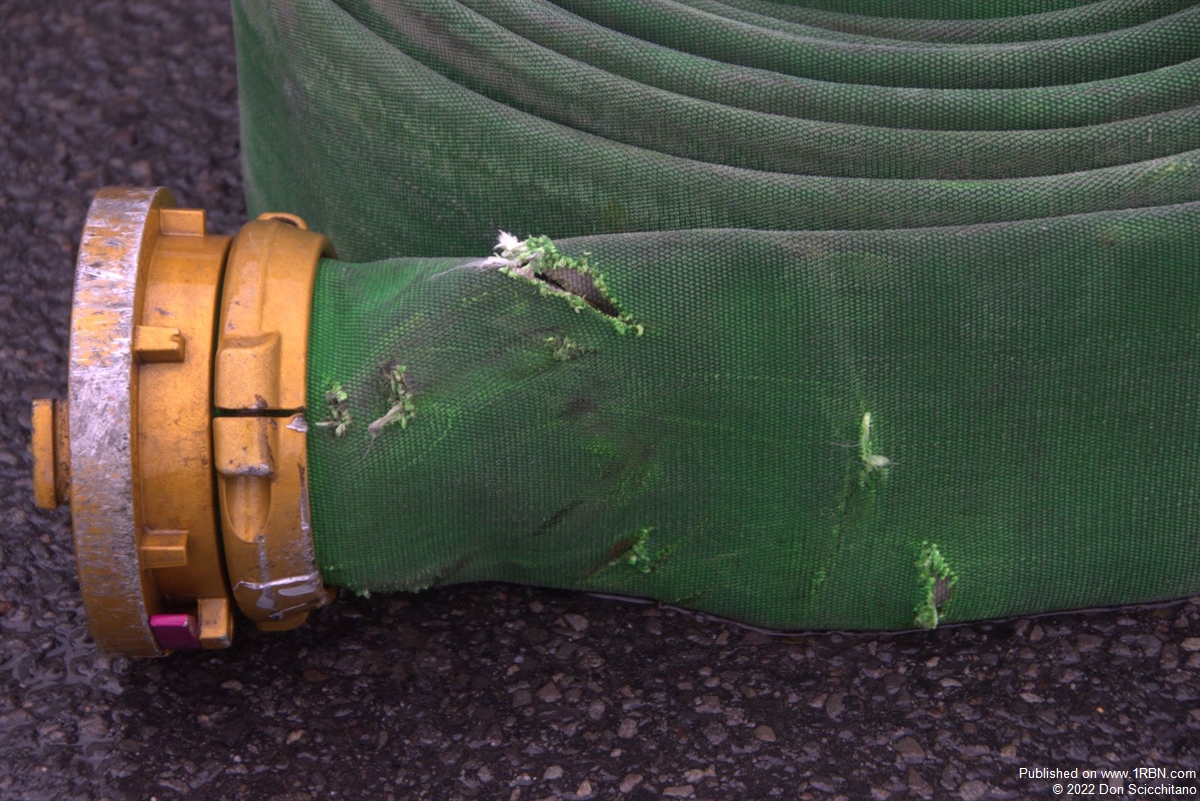 KULPMONT, PA - On Friday, May 6th, a working fire was struck for Spruce Street in Kulpmont (Northumberland County). Captain 25 was in the area and quickly confirmed a working fire with a thermal column from a double home under construction starting to spread to a neighboring structure.

Crews arrived and found the double well involved and spreading due to the closeness of the homes. During the blaze water supply was hindered when civilians drove over the supply line, causing it to rupture.

The Pennsylvania State Police Fire Marshal was on scene and found the cause to be electrical in nature, and having started in 734 before spreading to the other half of the double at 732 and then jumping to 736. All the homes involved were currently not lived in, either due to residents recently moving out or being under construction.

Sate police were also reviewing home surveillance video in the area in attempts to identify the drivers and what possible charges they may face for driving over the hose and hindering operation.