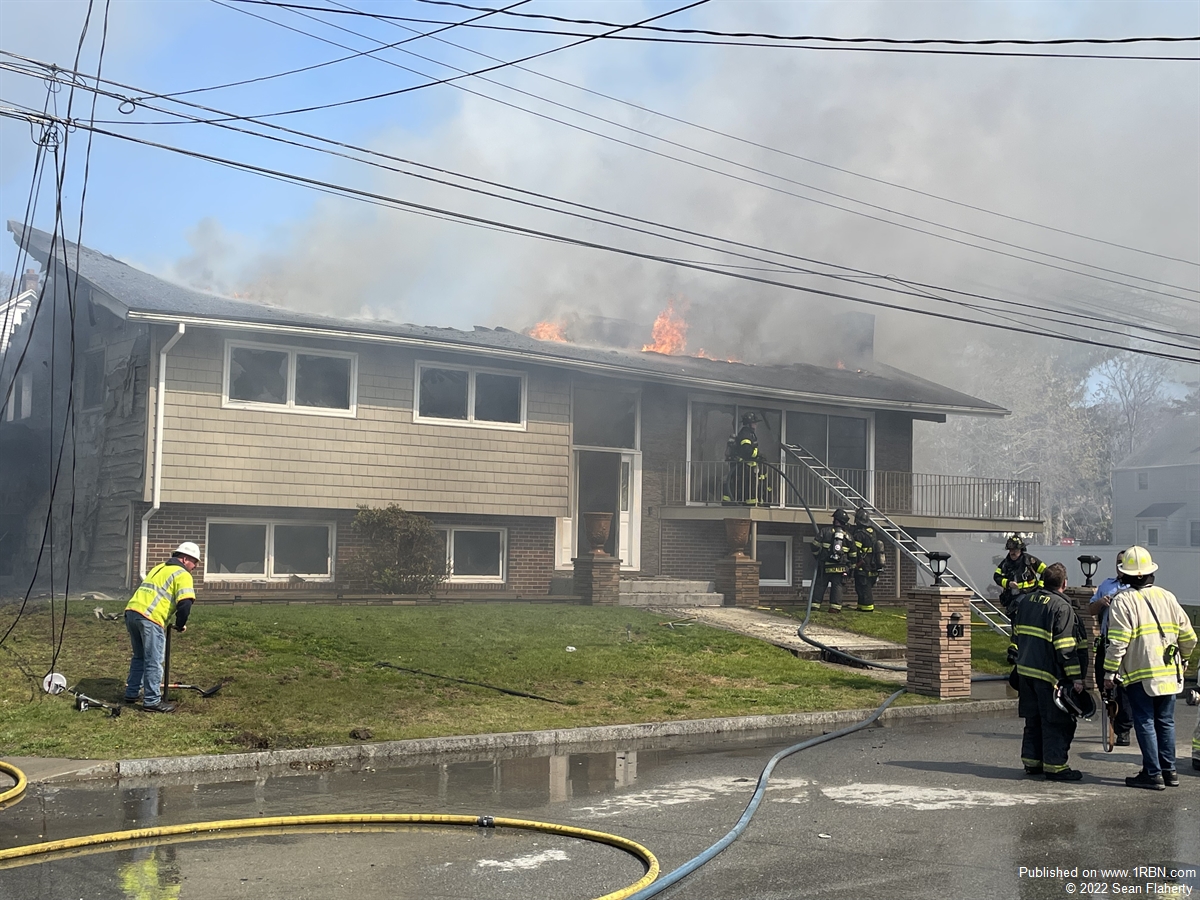 Photo by Sean FlahertyThe original fire building with power lines burned off between the two homes. 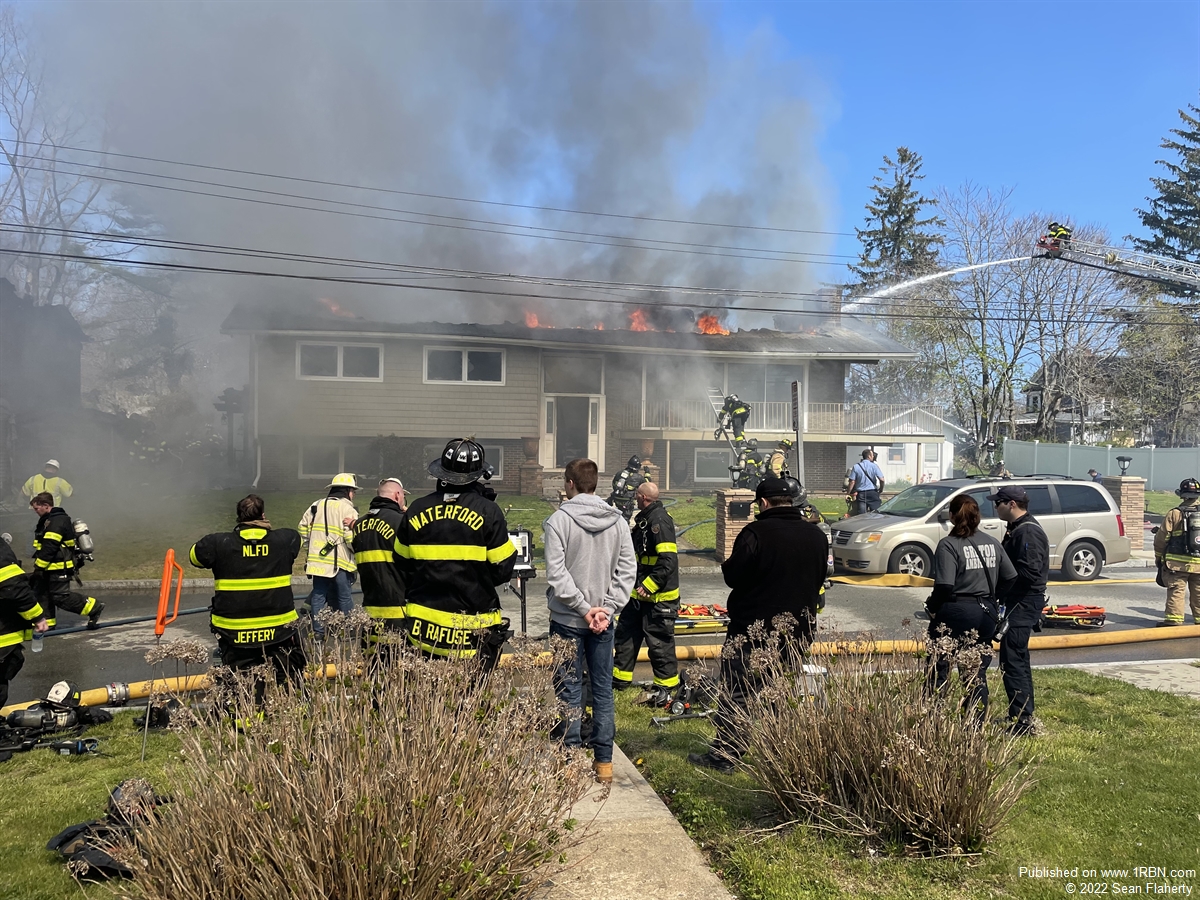 Photo by Sean FlahertyTruck 3 set up for ladder pipe operations. 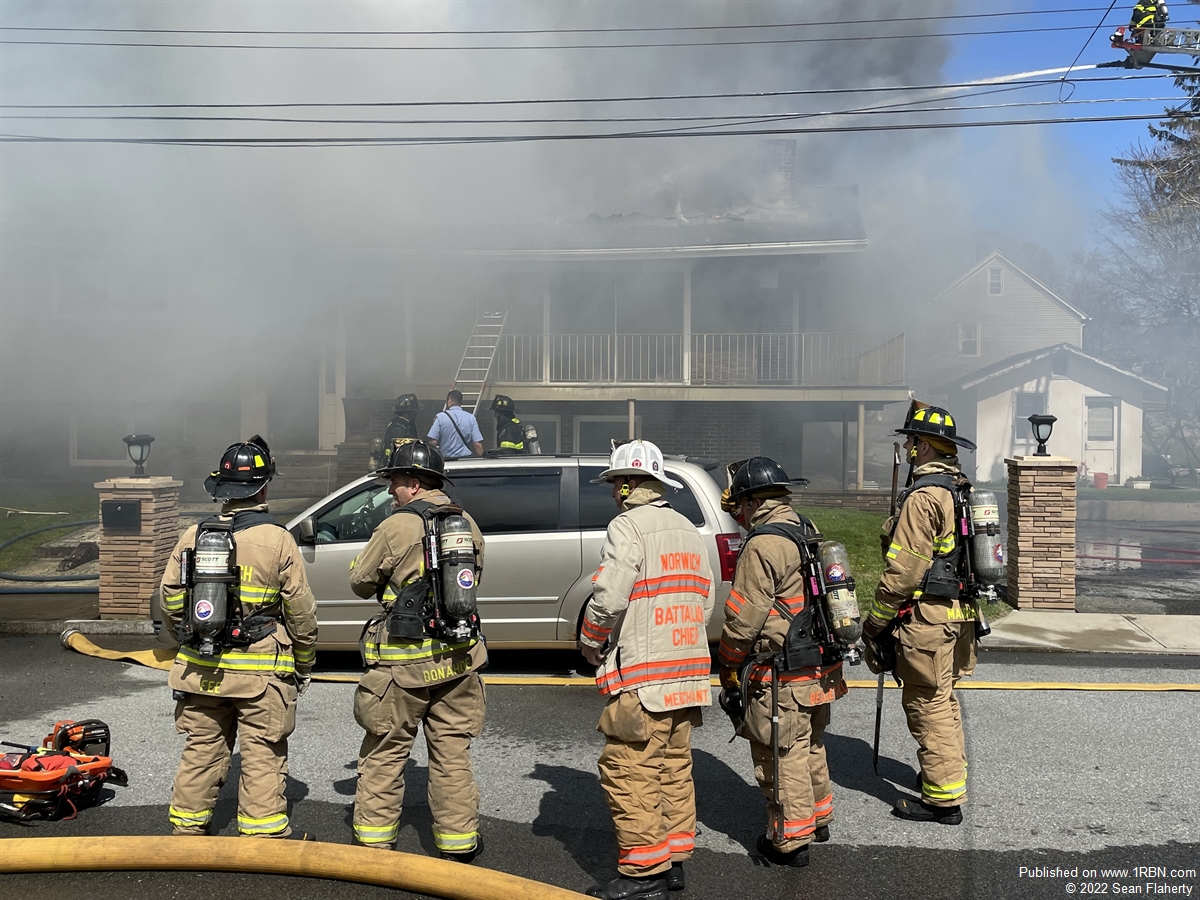 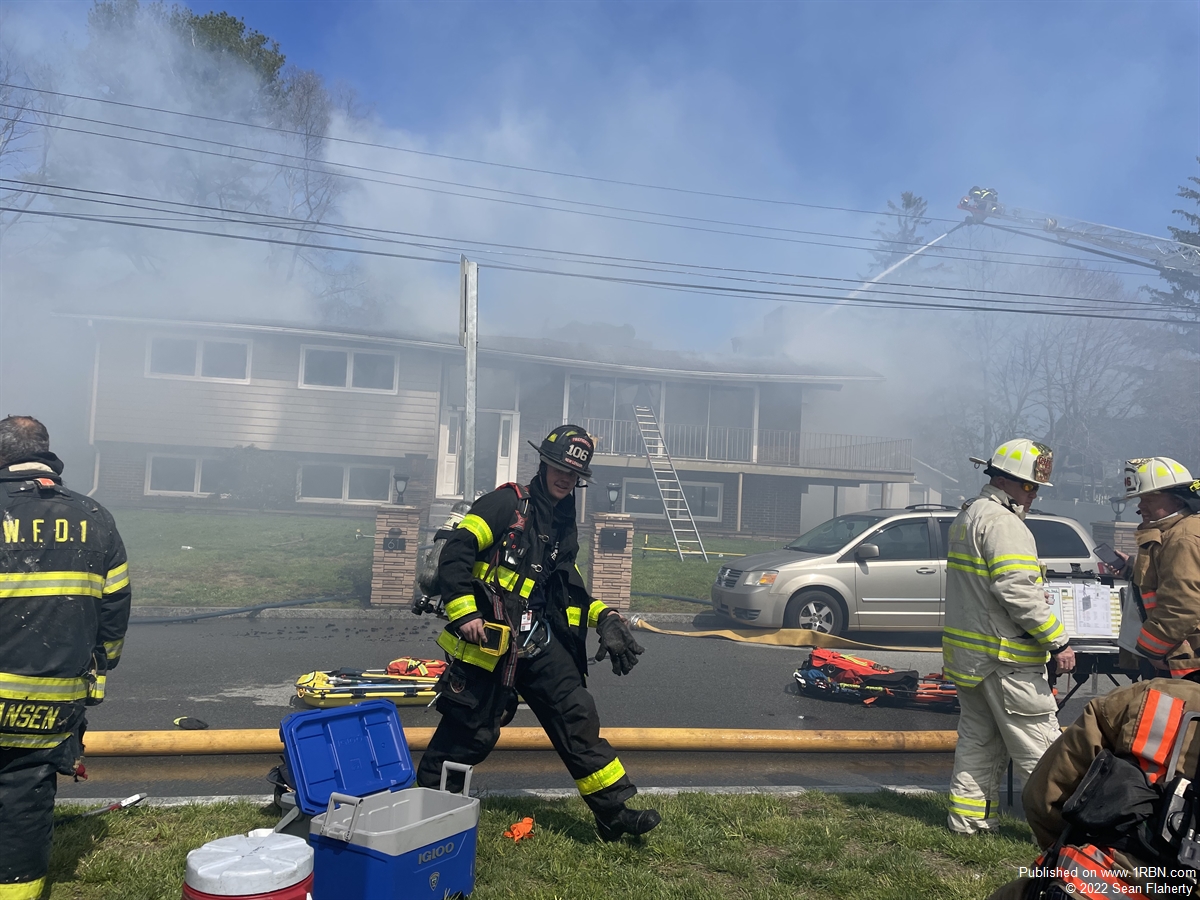 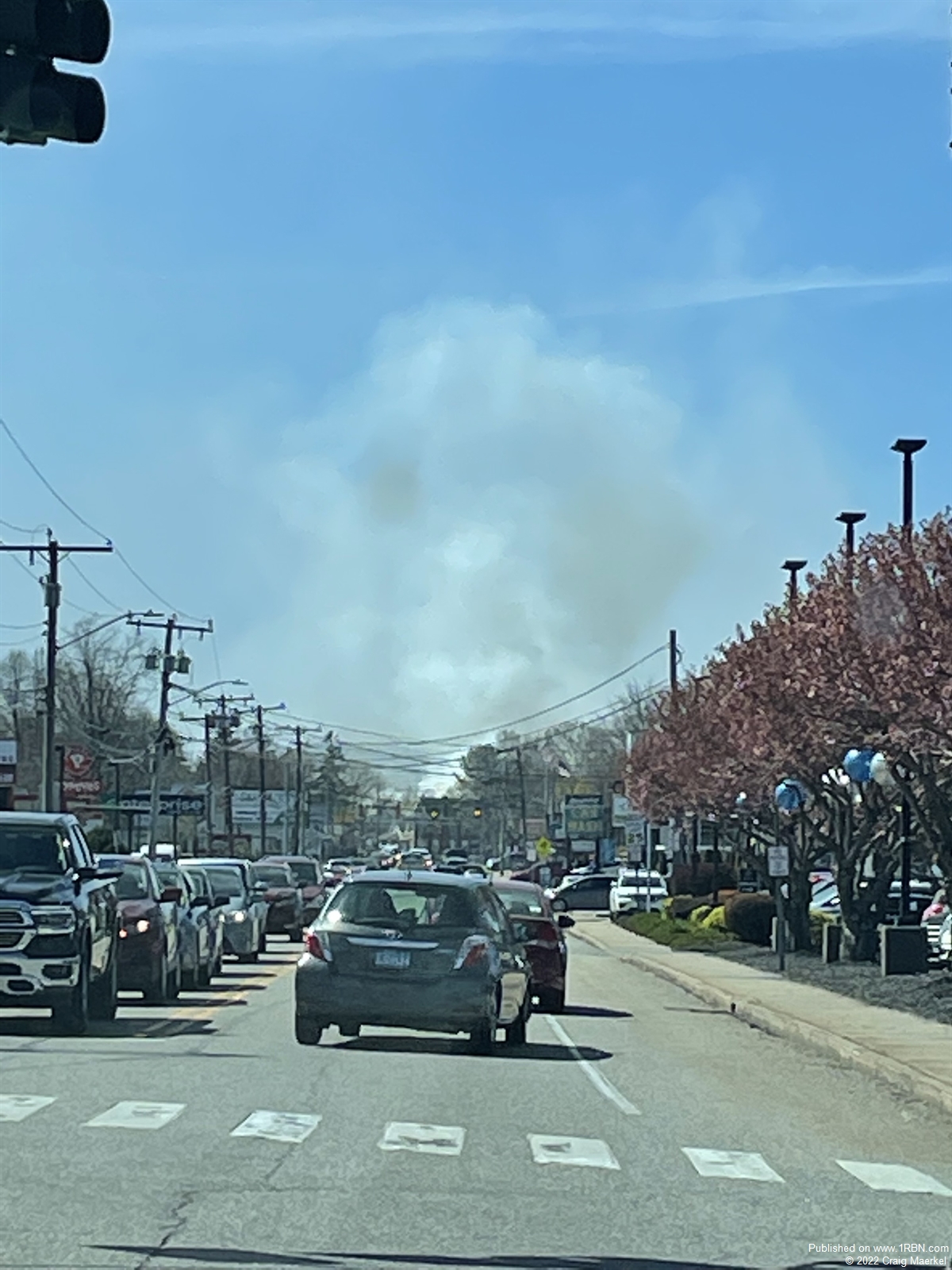 At 9:36 am on Saturday, 4/30/2022 the New London Fire Department was dispatched to 65 Fuller Street for a house fire. Battalion 5 immediately signed on saying he saw a header and asked for the working fire assignment which added the Submarine Base FAST. The Battalion arrived at 9:39 with heavy fire from the rear of a 2 story wood frame, that had already spread to the Bravo exposure and transmitted the second alarm. He reported power lines down between the two houses and requested Eversource Electric and Gas on a priority 1.
Engine 2 arrived at 9:40 and dumped the deck gun, knocking heavy fire while also trying to save the exposure. Truck 3 set up on the Delta side and flew their stick. Engine 1 laid in to establish the water supply for Engine 2 and crews stretched multiple hand lines into both buildings. A-1 arrived and took command while the Battalion ran operations. The Sub Base stretched a line to the rear because the entire deck was burning, so Norwich FAST was started. Jordan Truck 15 threw ground ladders and then stretched in to the exposure, where they had fire in the attic. Poquonnock Bridge laid in to establish a water supply for Engine 1.
After a while, both roofs began caving in so crews went defensive. Sub Base Tower 65 and some other Waterford companies provided manpower while Flanders responded with their cascade. Waterford and Groton Ambulance also assisted on scene. The New London Fire Marshal’s Office is investigating.