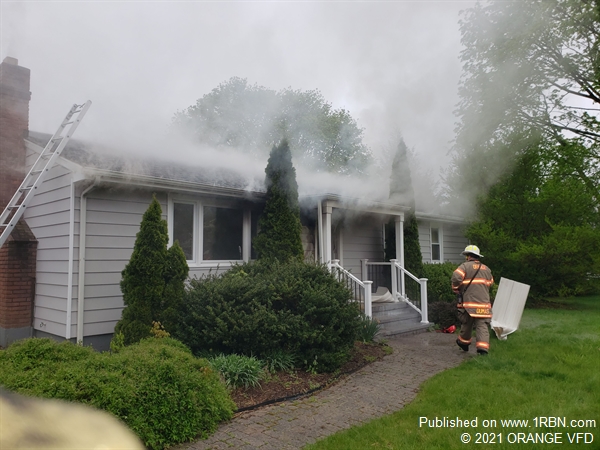 ORANGE, CT - A vacant home in Orange was damaged on May 5th by a fire that was quickly brought under control, despite presenting firefighters with some challenges.

Orange volunteer firefighters were dispatched to 753 Mapleview Road in Orange around 6:50 A.M., according to Fire Chief Vaughan Dumas. On arrival, smoke was seen coming from the home’s roof and walls, and flames could be seen inside the single-story home.

“Alert neighbors spotted the smoke and called 9-1-1,” said Dumas. “We had equipment and personnel on the scene within minutes and were able to get inside to find the seat of the fire and extinguish it quickly.”

Firefighters attempted to enter the structure through the front door, but encountered a weakened floor. Access was gained through the rear door and firefighters located the fire in the basement. The fire was brought under control minutes after arrival.

There were no injuries, but the fire caused approximately $50,000 in damage to the basement and first floor of the newly renovated home.