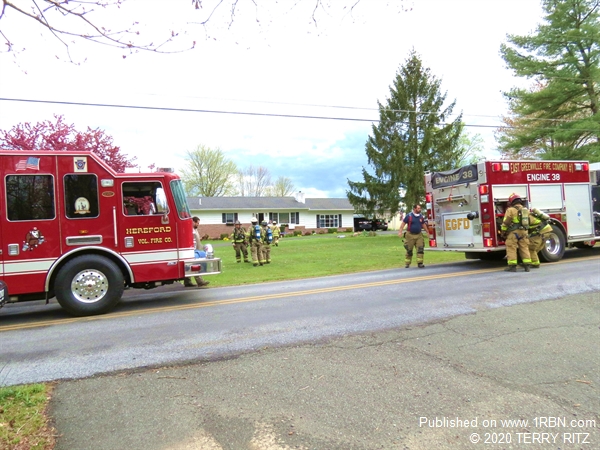 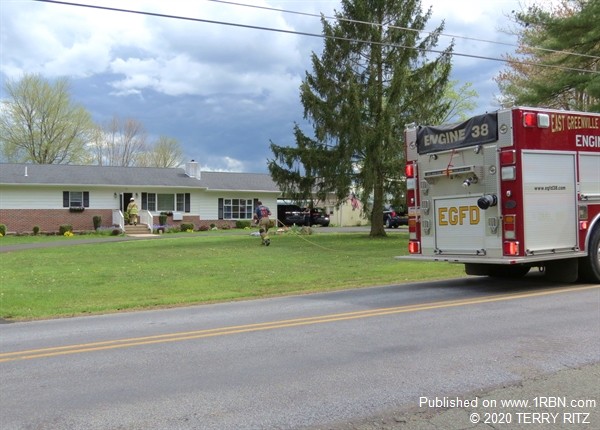 Upper Hanover Twp., PA - On Friday, May 1st at 3:13 P.M., East Greenville, Pennsburg and Hereford Fire Co's. were dispatched to a dwelling fire at 2012 Peevy Road in Upper HanoverTwp. Upon arrival, East Greenville Chief 38 had a light smoke condition in the residence. The cause was determined to be from a malfunction with the electric stove in the kitchen. There were no injuries and the occupants of the dwelling were waiting outside upon firefighters' arrival. A smoke ejector was used to ventilate the interior. Assisting the fire companies were fire police from East Greenville and Pennsburg. Upper Perk EMS was also at the scene.