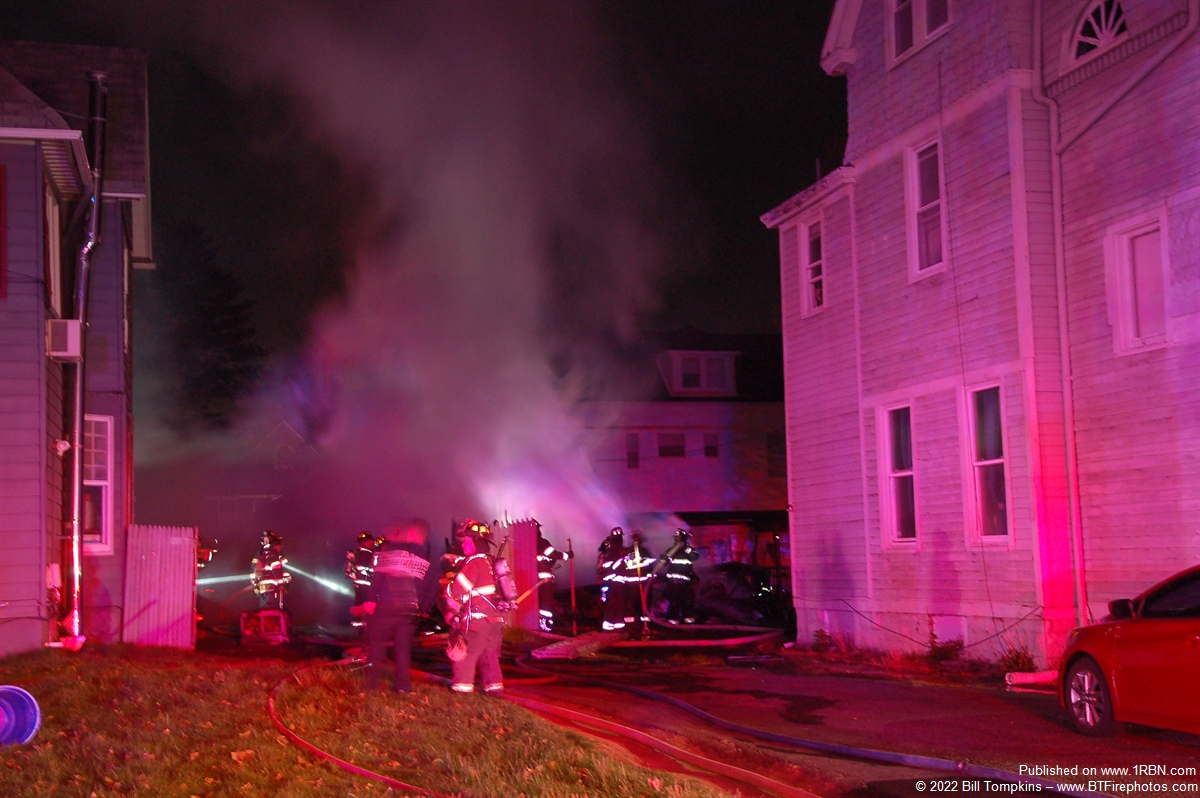 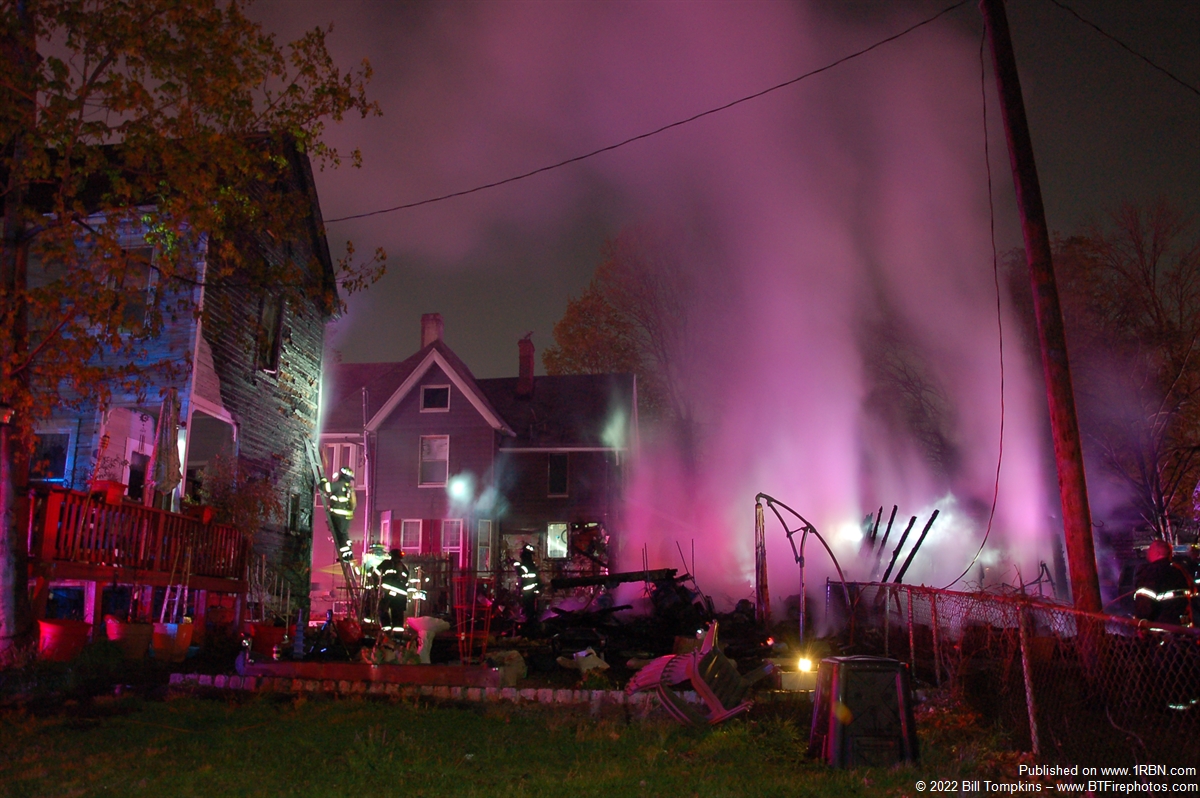 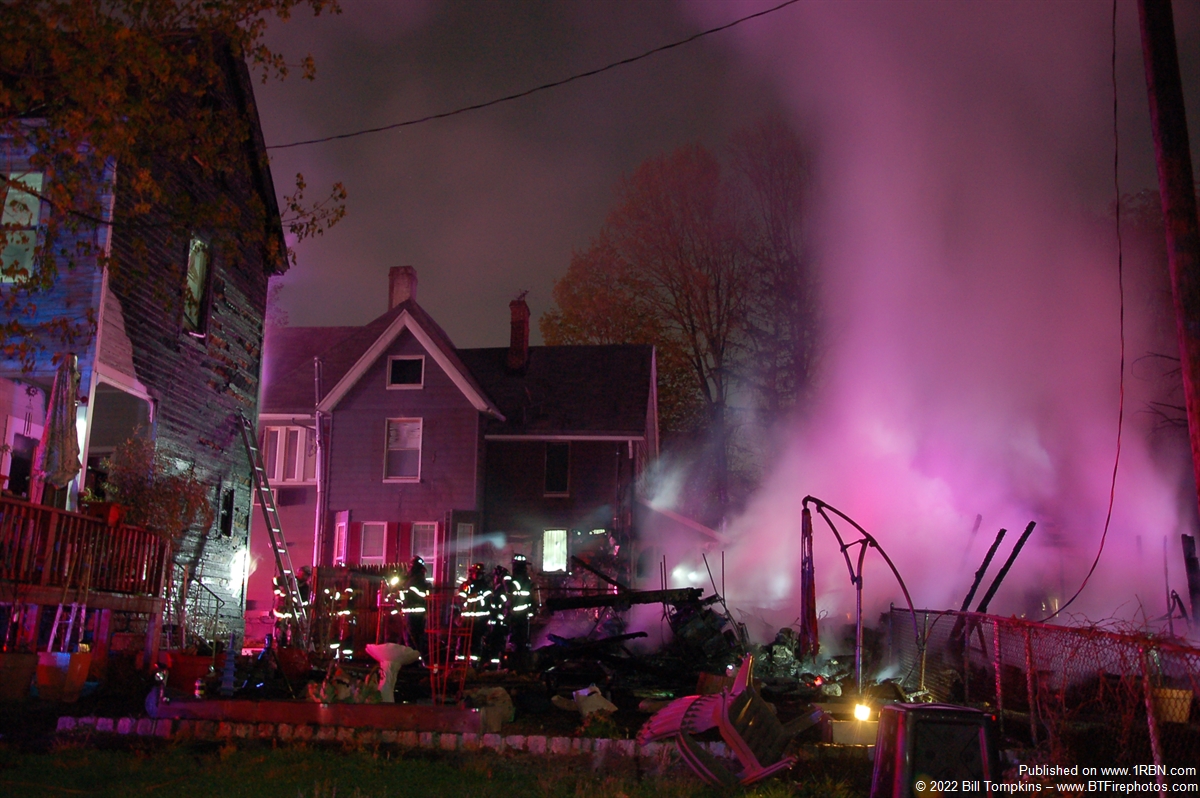 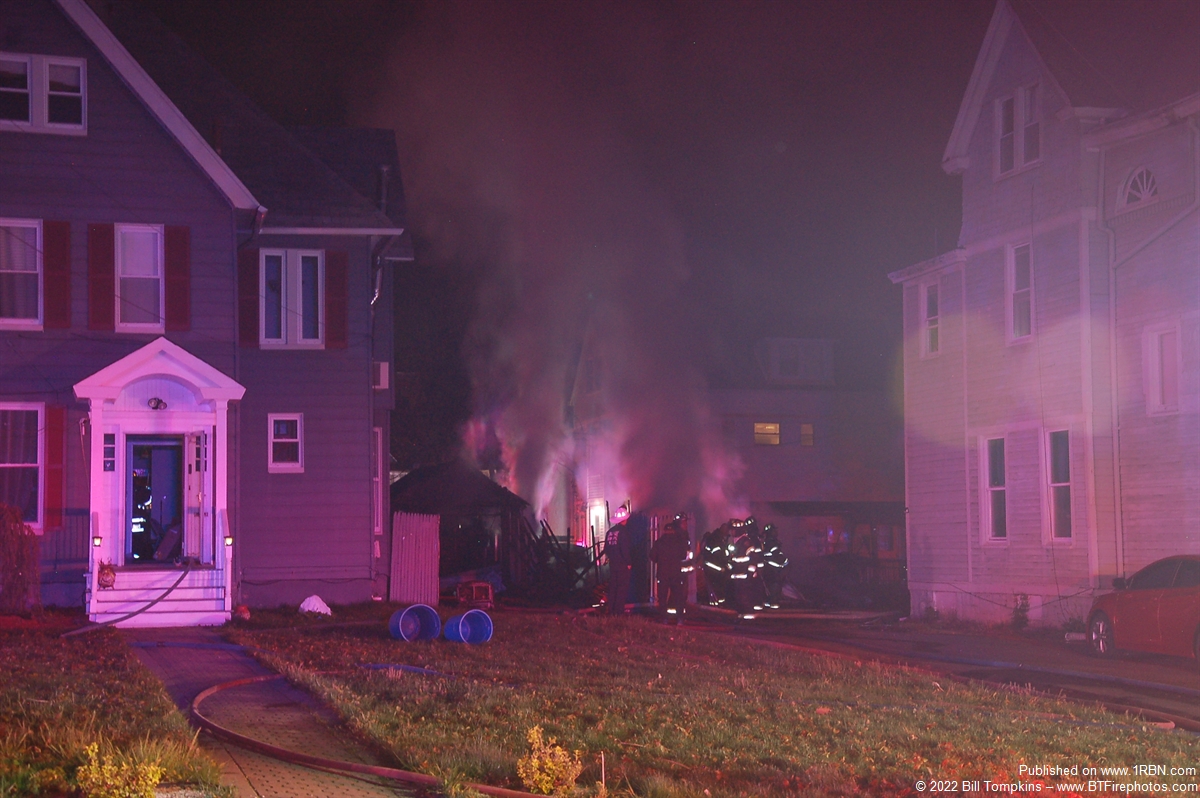 ORANGE, NJ - A roaring garage fire in Orange spread to another attached garage and the radiant heat from the blaze damaged three homes on April 30th.

Fire units arrived at approximately 11:30 P.M. to a fully involved two-car garage that was also involving a smaller one-car garage in the rear of 414 Heywood Ave. The intensity of the fire had already caused the exterior of two large two-and-a-half story frame dwellings to ignite, and another frame dwelling in the rear on Lawn Ridge Rd. to smoke and have its siding melt. A second-alarm was transmitted.

Several lines were stretched to the rear to knock down the fire in what was left of the garages, while other companies lined in to the dwellings to check for extension. Other units were directed to Lawn Ridge Road to protect that structure, as well as hitting the flames in the garages from that side.

Downed power lines also hindered the extinguishment. The heavy fire was quelled quickly, but opening up the charred exterior and checking for extension inside the buildings took longer. The two homes on Heywood Ave. had some smoke damage inside, but minimal fire damage. The third home appeared to have only exterior damage.

The cause is under investigation. Mutual aid at the scene was provided by Irvington, West Orange, Maplewood, East Orange, and Montclair. No injuries were reported.