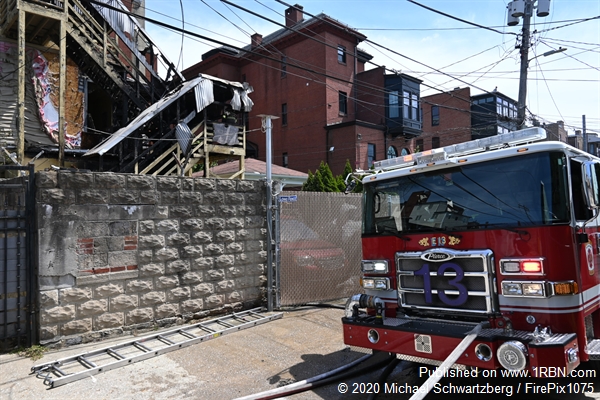 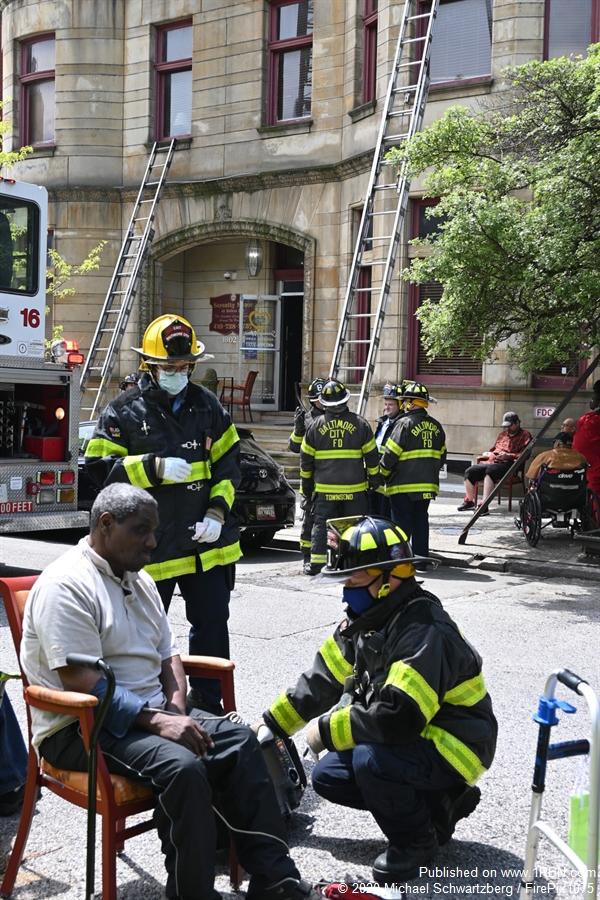 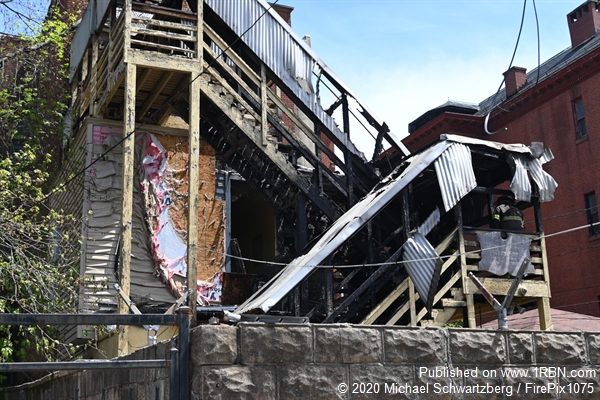 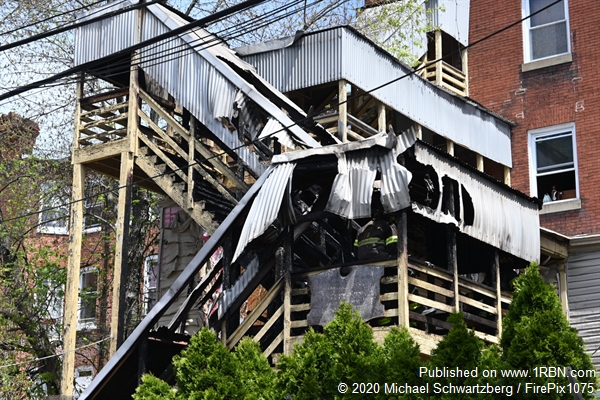 On Saturday morning May 2, 2020, Baltimore City Fire Department units were dispatched to a reported fire at Serenity Manor, an assisted living facility in the 1800 block of Eutaw Place. First-due Engine 13 arrived reporting fire conditions on a rear exterior staircase and deck at the multiple-story building and began stretching lines and making a fire attack. BCFD Truck companies 10 & 16 laddered the building and began searches, with some residents evacuated and others told to shelter in place, and Battalion Chief 6 requested a Working Fire Dispatch. BCFD EMS evaluated several elderly patients but none needed transport. The fire is under investigation by BCFD's Fire Investigation Bureau.