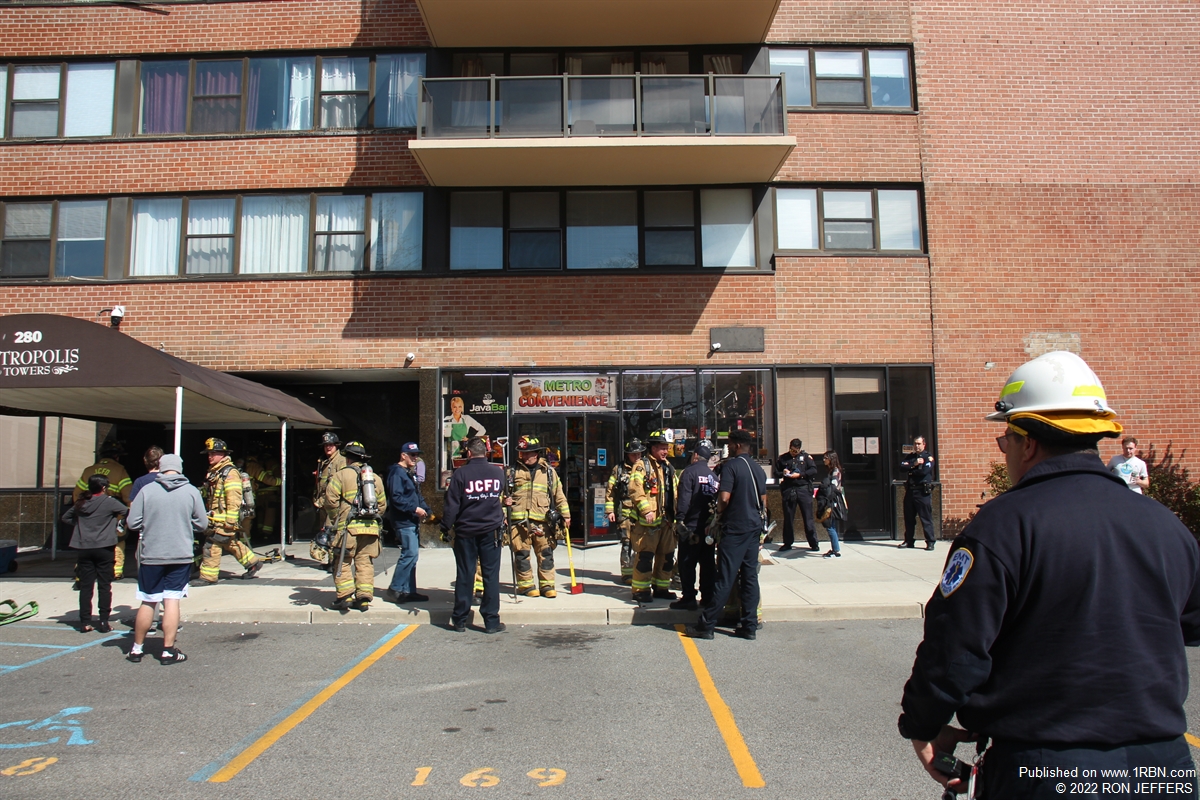 Photo by RON JEFFERSJersey City firefighters quickly knocked down a fire on the third floor of a 21-story building on Marin Blvd., April 23rd. The smoke alarms never sounded, and occupants were alerted to smoke by a resident waiting for a food delivery.

JERSEY CITY, NJ - The management company of a 21-story building on Marin Boulevard
was cited for fire code violations, for the second time in four weeks, when fire alarms failed to work during a fire on April 23rd.

Officials ordered the Metropolis Towers to have a fire watch in place and have the problem abated in several days, according to the Jersey Journal.

A kitchen fire on the third-floor dispatched a high rise first-alarm assignment to the building at 3:06 P.M. According to a report, a resident that was out of her unit waiting for a food order smelled smoke and alerted other residents.

Firefighters arrived and were greeted to a smoke condition on the third floor and stairwell, along with residual smoke rising to upper floors, city spokeswoman Kimberly Wallace-Scalcione said. The fire was quickly brought under control and there were no injuries.