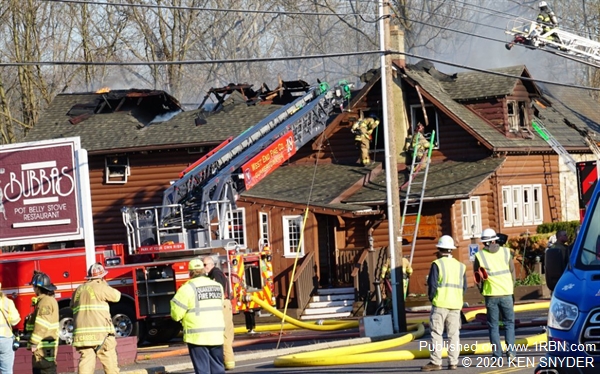 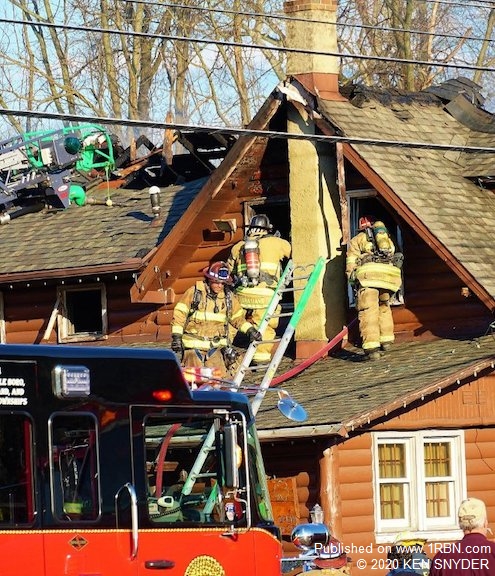 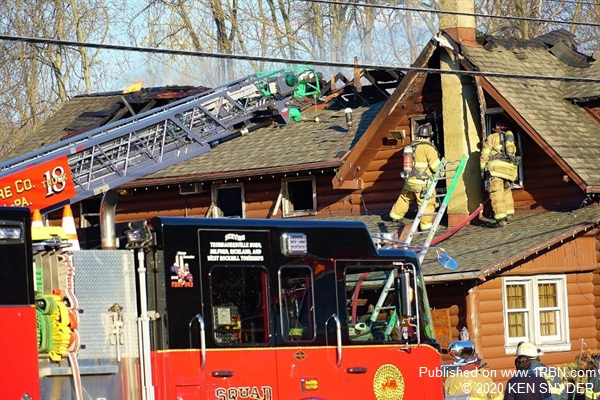 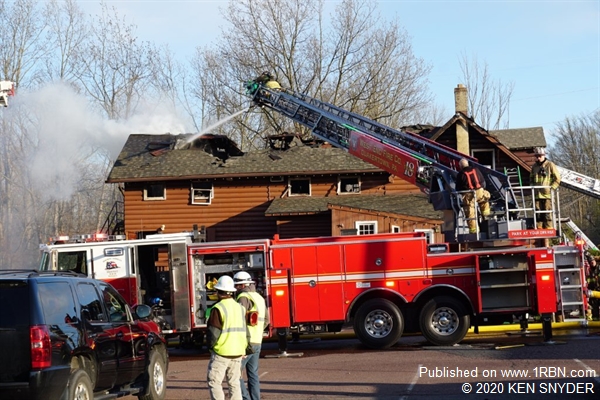 Photo by KEN SNYDERQuakertown's Ladder 18 opens up on a hot spot.

Springfield Twp., PA - Box 5634 was struck on April 21st at about 4:16 P.M. for a restaurant fire located at 1485 West End Blvd., (Rt. 309), north of Quakertown. First due companies experienced a smoke conditon coming from the rear portion of Bubba's Pot Belly Stove Restaurant. The historic two-story log cabin building was originally called the Red Cabin Inn and dated back to the late 1800's.

Companies made an internal attack but were eventually forced to retreat as the situation deteriorated along with wind and water problems. A second-alarm was transmitted along with a call for a tanker task force. Flames broke out through the roof causing it to collapse. Ladder pipes from Quakertown, Coopersburg and Springtown were placed into service to help quell the blaze.

There were no reports of any injuries and some firefighters remained on the scene checking hot spots until as late as 9:00 P.M. The North Penn Goodwill provided cantine service for the firefighters. At the present time, it is not known if Bubba's will rebuild.