Hot in the Hook, Firefighters Respond to a Second Structure Fire in Less Than 48 Hours 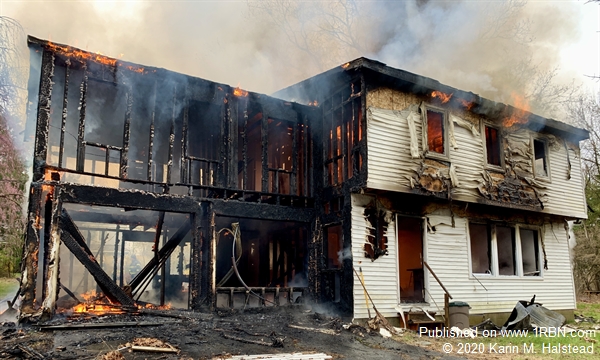 Photo by Karin M. HalsteadFire from the A side. 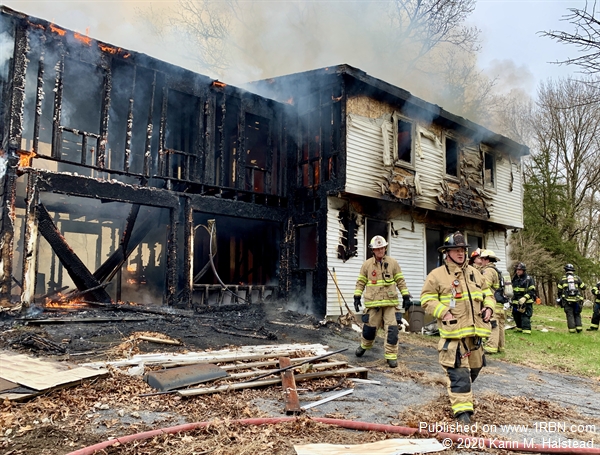 In less than 48 hours Sandy Hook Firefighters were dispatched to a possible structure fire on Friday, April 24th at 1 Vining Road, with a caller stating black smoke was coming from a home. A Newtown Hook & Ladder Firefighter who lives nearby was first on scene and confirmed fire showing. Sandy Hook Volunteer Fire & Rescue Chief Bill Halstead served as the OIC. The home was under renovations and unoccupied. Firefighters had to use caution until Eversource arrived as there was a downed power line on the B/C corner. Firefighters knocked the fire down in less than 40 minutes and proceeded to handle hot spots. Along with Sandy Hook, Newtown Hook & Ladder, Botsford Fire & Rescue, Hawleyville Fire, Dodgingtown Fire, Southbury Fire and Stepney Fire responded and offered assistance. The scene was cleared at 17:55.