Rescues Made At Passaic Third Alarm 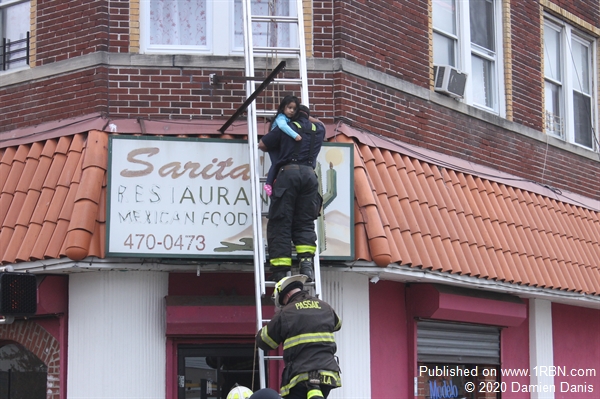 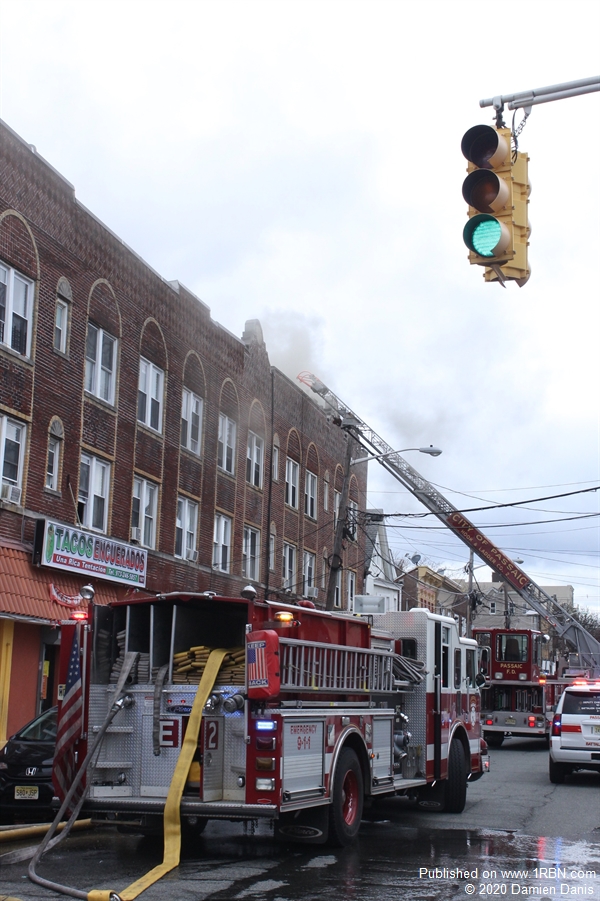 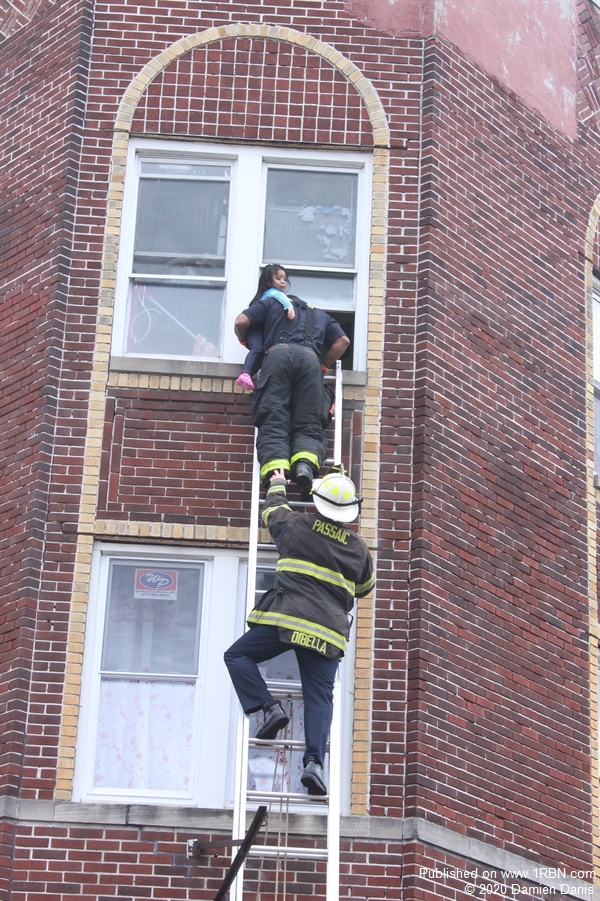 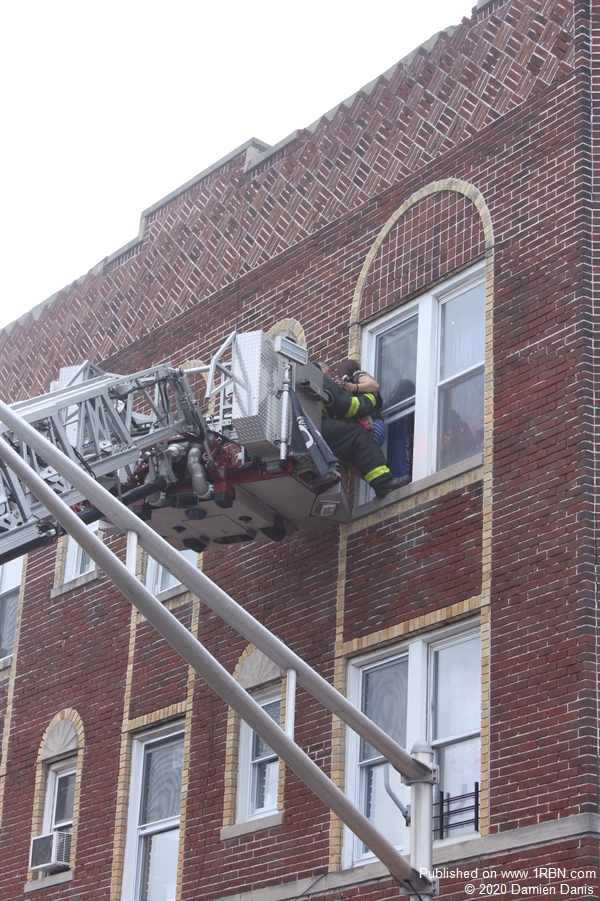 Passaic, NJ - At approximately 2:30 P.M. on the afternoon of April 27th, Passaic companies were dispatched to 189 Dayton Ave. on a report of a fire. Prior to FD arrival police units were reporting a working fire. First due companies arrived and located a fire on the third floor of a three-story taxpayer. A second-alarm was quickly struck, bringing additional companies to the scene. Hand lines were stretched and went into operation in the fire apartment as ladder companies went to the roof for ventilation.

During operations a bystander spotted a mother and small child, both at a third-floor window. The mother and small girl waved their hands to get firefighters' attention. At this time Firefighter Ricardo Figueroa climbed a ground ladder and carried the small girl down with help from Deputy Chief Chris DiBella.

At the same time Truck 1's bucket was positioned to the same apartment window as Firefighter Ruby Alfaro got the mother in the bucket and brought her down safely. EMTs treated both for smoke inhalation. All other residents of the building made it out safely.

A third-alarm was transmitted during the operation for manpower. The fire was declared under control at 3:54 P.M. Mutual aid from Paterson, Clifton and Wallington operated on scene, while companies from Carlstadt, East Rutherford and Rutherford covered.

“It was a tremendous effort by police, fire and EMS working together, with only minor injuries to firefighters who were treated at the scene," the chief said following the fire. “I cannot be any more proud as a chief,” Trentacost said during a virtual promotion ceremony that he and other firefighters participated in following the blaze.

Authorities were investigating the cause.