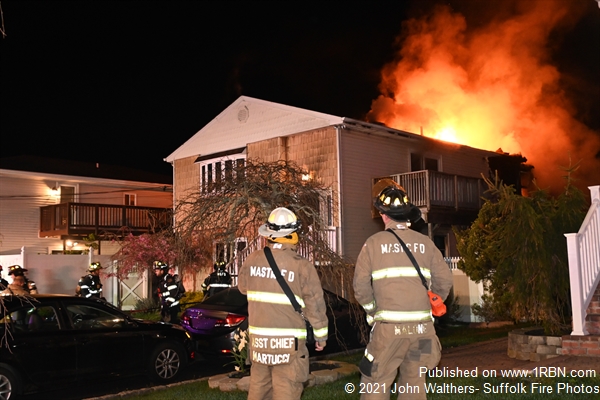 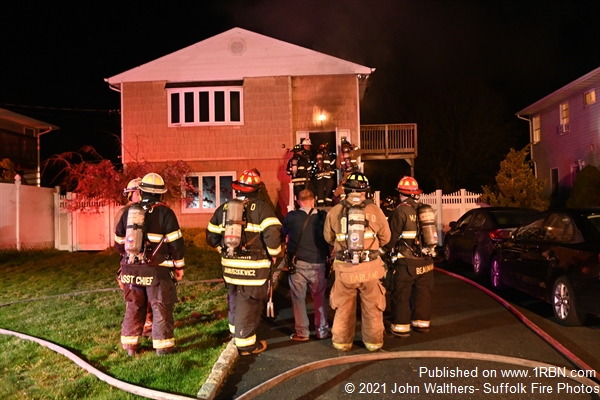 Photo by John Walthers- Suffolk Fire PhotosFirefighters from Multiple Departments on Scene of this house fire in Shirley. 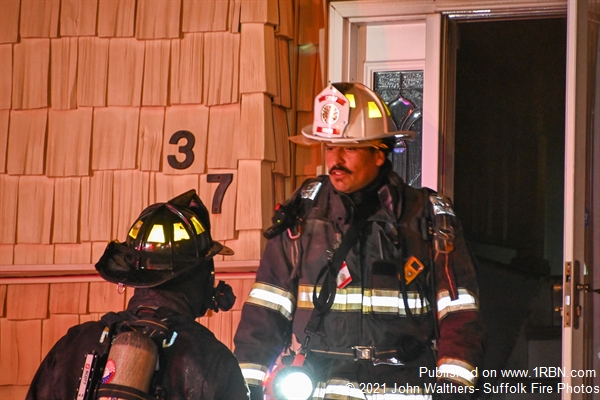 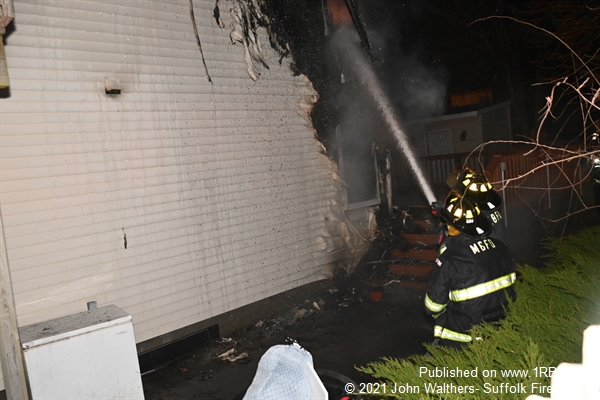 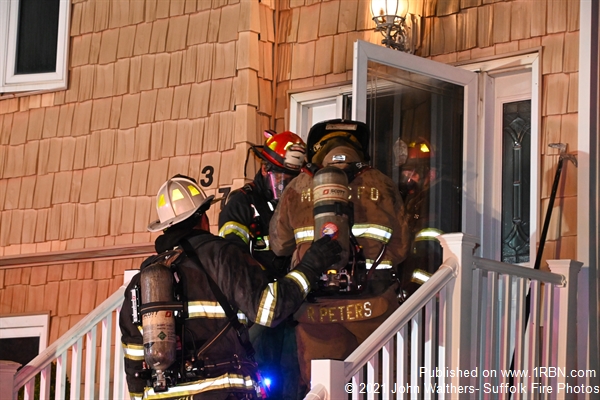 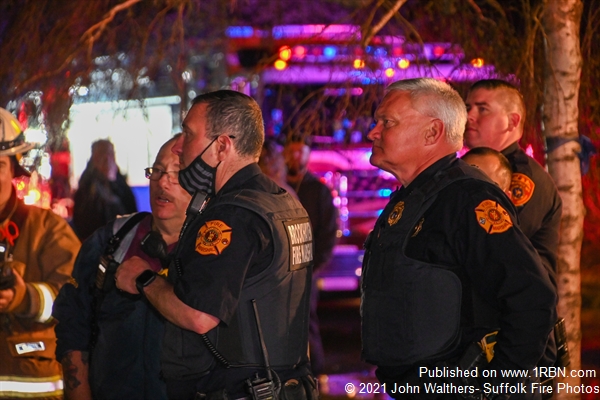 SHIRLEY, NY - On Monday, April 19th at about 8:26 P.M., the Mastic Beach Fire Department and Ambulance Company were both activated for a reported structure fire on Kent Dr., off Pinetree Dr.

Mastic Beach FD Chiefs McGown {5-13-31}, Grego {5-13-32}, and Loiacono {5-13-30} all responded into the alarm. As they were responding Fire-Com advised that they had taken one call from an occupant of the home stating that the house was on fire, and then another call was reported by a neighbor for the back of the house being on fire.

On arrival the first arriving chief transmitted the working fire and requested mutual aid as flames were coming from the rear of the structure and through the roof. The first due rigs were advised that the hydrant would need to be hit and multiple lines stretched. While FD was establishing their resources needed the Mastic Beach EMS 2nd Assistant Chief TJ Falah {5-39-32} assisted in making sure everyone was out of the house while Chief Al Grabow {5-39-30} established EMS command and directed member to set up a rehab location on the fire block.

Firefighters from Mastic Beach, Mastic and Brookhaven all came into the scene. Multiple handlines were put into operation in the rear of the structure where the bulk of the fire was. Firefighters also brought a line into the house to make the push and were able to get a knock on the fire. All searches were completed and negative.

The scene was placed under control by Chief of Department Loiacono at 9:44 P.M. Firefighters operated on scene for about one-and-a-half hours in total due to the amount of overhaul needed.

At the time of the fire the homeowner's 21-year-old son was home watching his younger siblings. All three of them were able to make it out of the house safely and no injuries were reported to civilians or fire/EMS personnel. The scene was eventually turned over to the Brookhaven Fire Marshal’s office for investigation.