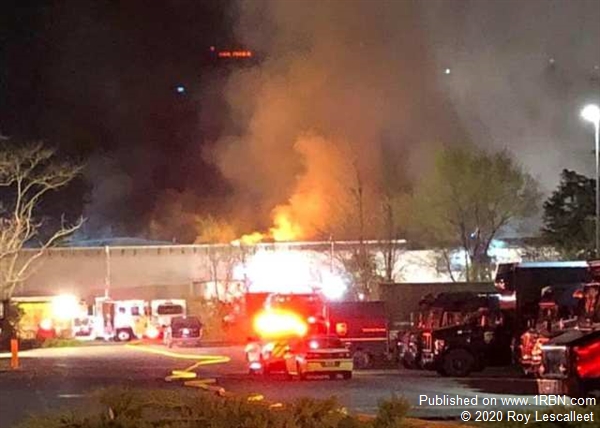 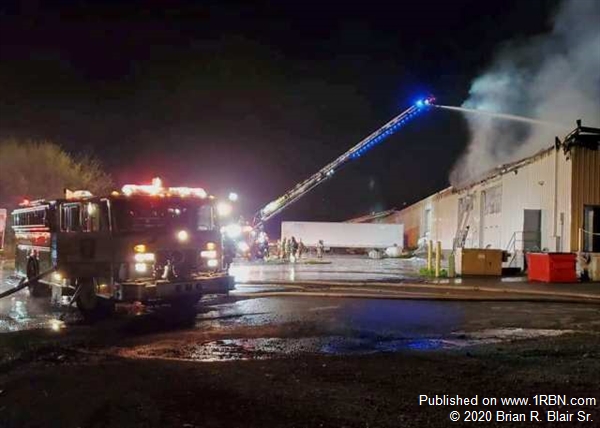 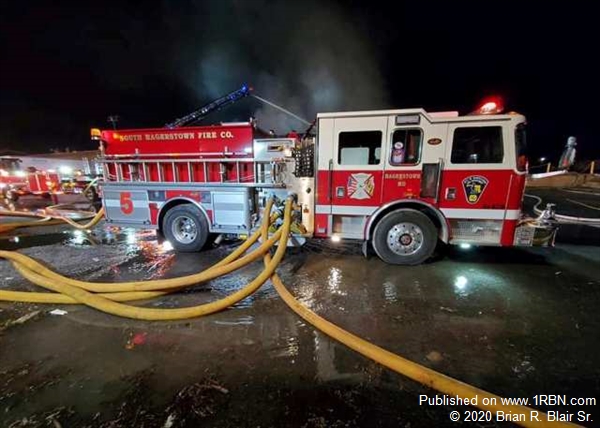 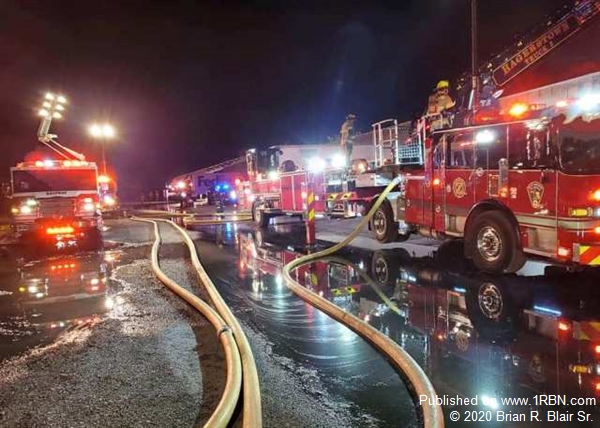 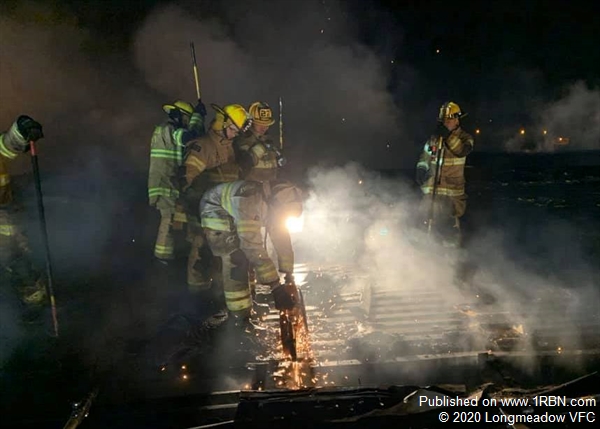 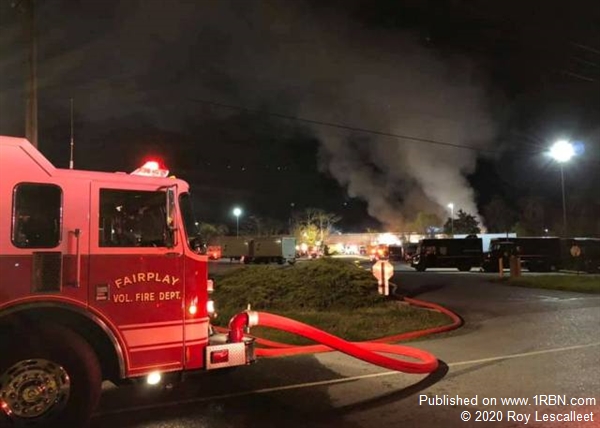 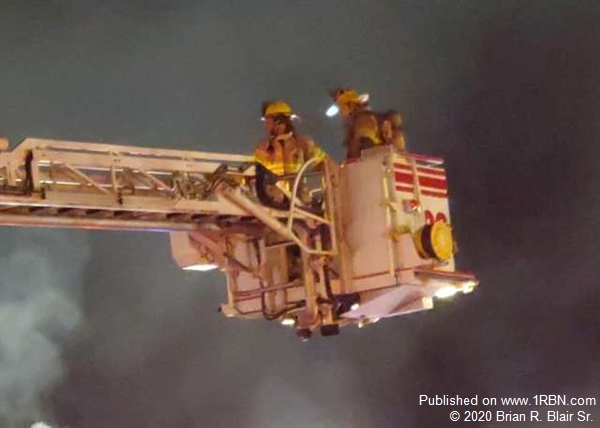 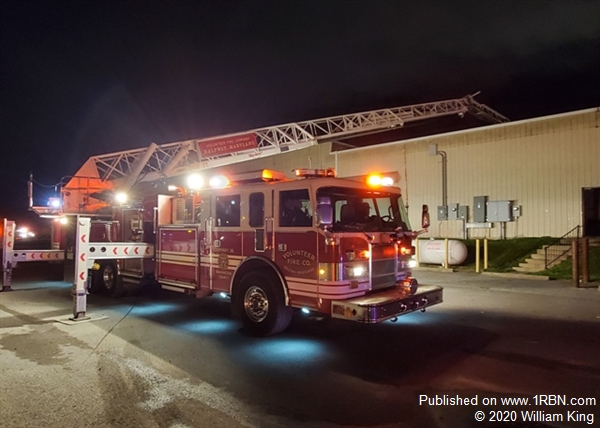 Funkstown, MD - On the morning of April 17th, Washington County Emergency Communications received a call reporting an unknown fire in the area of Roadway Express Trucking Company on East Oak Ridge Drive. Personnel from the Funkstown Volunteer Fire Company were alerted at 12:50 A.M. for an outside investigation of an unknown fire and arrived to find heavy smoke and fire showing from the building at 231 East Oak Ridge Drive. Funkstown’s Engine 10-2 reported back to Washington County that they had a working structure fire and requested the box started as they established Oak Ridge Drive Command.

At 12:55 A.M., Washington County dispatched the remainder of the units due on Box 10-18. Hagerstown Fire Department’s Battalion Chief Mark Cleck arrived and assumed Oak Ridge Drive Command, reporting they had a 100’X500’ warehouse with a 10% involvement and requested the 2nd Alarm to be struck at 1:04 A.M. Firefighters were faced with a rapidly moving fire in the roof of the structure. The aggressive efforts and strong teamwork of the crews operating on the 10-18 Box was able to keep a bulk of the fire contained to the south side of the structure. Firefighters battled the blaze for nearly two-and-a-half hours before they were able to bring the fire under control. Once they had a bulk of the fire out, firefighters continued to work for several hours conducting extensive overhaul operations to ensure the fire was fully extinguished.

At 5:15 A.M., command was able to scale the incident back, releasing a majority of the units on the scene, and Battalion Chief Cleck transferred Command over to Funkstown’s Fire Chief Eric Fraley. The remaining fire crews on the scene were committed throughout the morning into the early afternoon, conducting additional overhaul while assisting the team of Fire Marshals who were on the scene from the Maryland State Fire Marshal’s Office.

The early morning blaze caused extensive damage to the structure, which was an approximate 60,000-square-foot metal structure that housed several businesses. Damages are currently estimated to be around $2,000,000. One firefighter was transported to Meritus Medical Center with minor injuries, but no other injuries were reported. A release put out by the State Fire Marshal’s Office stated that they have identified an area of origin, but the cause of the fire remains under investigation.