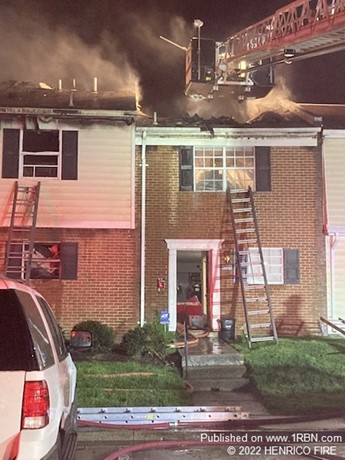 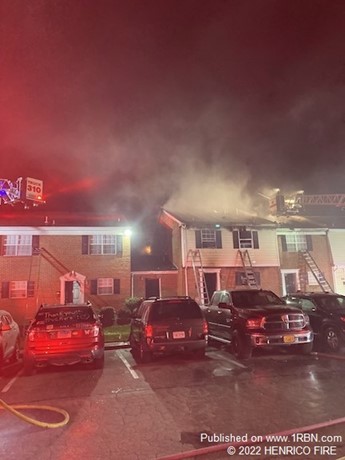 Henrico County, Virginia. Just before 11 PM on Friday evening, April 15th; Henrico Fire units were dispatched to the 8300 block of Winchmere Ct, off Shrader Road for an apartment on fire. While enroute, fire units were advised of people trapped on the second floor.

Henrico Police arrived on scene first and began gathering the occupants that had already escaped. They also began notifying the other apartment occupants.

Henrico Fire Marshals are on scene to determine the origin and cause.

Henrico Fire reminds everyone the value of having working smoke alarms in all homes. If you are not able to escape a structure, shut doors between you and the fire.