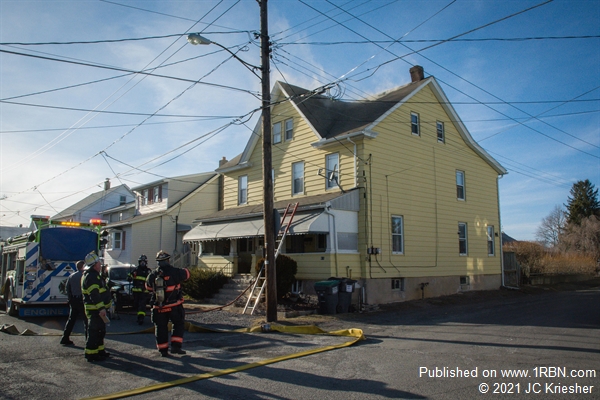 Photo by JC KriesherCrews work to get to the upper floors of this house on Green St. in Hazle Township to knock down a small fire. 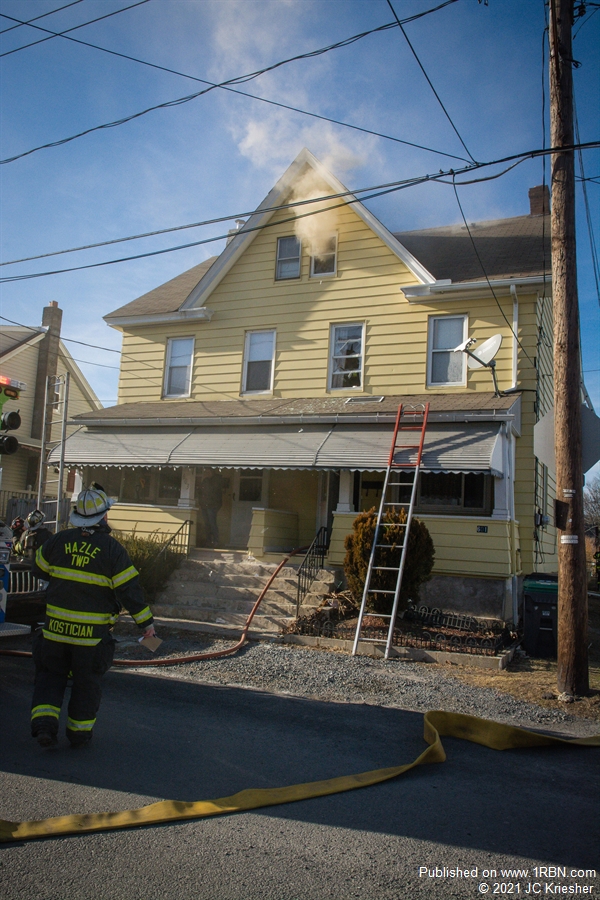 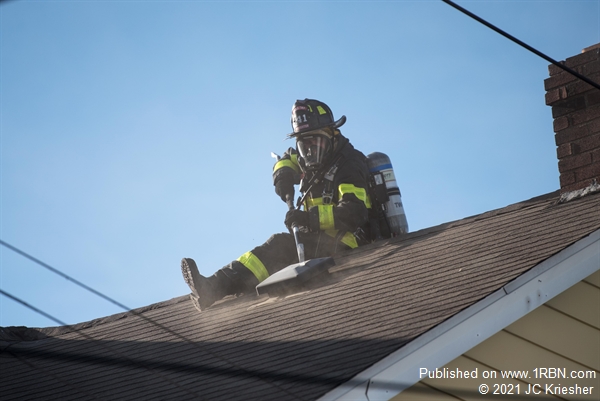 First responding units were advised of multiple calls being received reporting a fire, possibly in the attic. 141 Engine 2 arrived on scene to find a working fire in the attic. Chief 141 arrived and assumed command.

Command requested an engine from West Hazleton 183 and a Rapid Intervention Team from Hazleton City 139. 183 was directed to come into the scene and lay out a supply line from Engine 2.

Crews stretched a line off Engine 2 into the duplex. Smoke could be seen emanating from the eaves and a vent on the roof. 141 Ladder 4 was brought in at the 'C'/'D' corner and began to set up the stick to the roof. Engine 3 arrived and teamed up with the ladder crew to throw ground ladders. 139 Engine 2 arrived and sent manpower forward to act as RIT.

As firefighters were preparing to head to the roof to open up, interior firefighters radioed that they had been able to locate the fire and knock it down. Interior requested the roof team hold off on opening up.

Windows in the upper floors were taken out and a roof crew opened up a vent on the 'A' side of the roof. Interior crews hydraulically ventilated the building. Additional crews entered with salvage tarps and a ventilation fan was set up.

The fire was marked under control and crews were ready for service around 6:00 P.M. A State Police Fire Marshal was requested to the scene to investigate the cause.