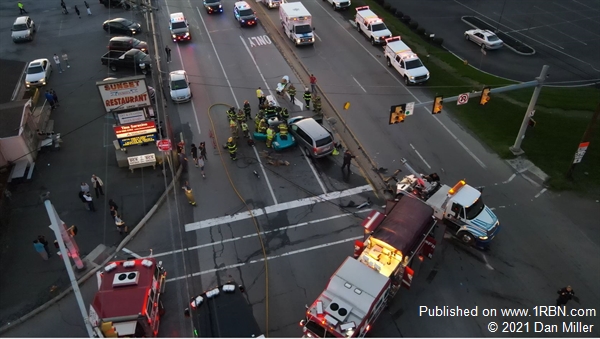 Photo by Dan MillerBusy Perkiomen Avenue is closed in both directions at Sunset Manor Dr due to a crash. 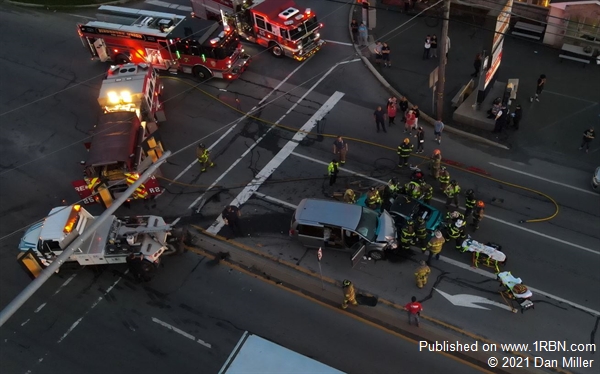 Photo by Dan MillerA tow truck is used in conjunction with rescue efforts to pull vehicles away from each other at the crash in Exeter Twp., Berks County. 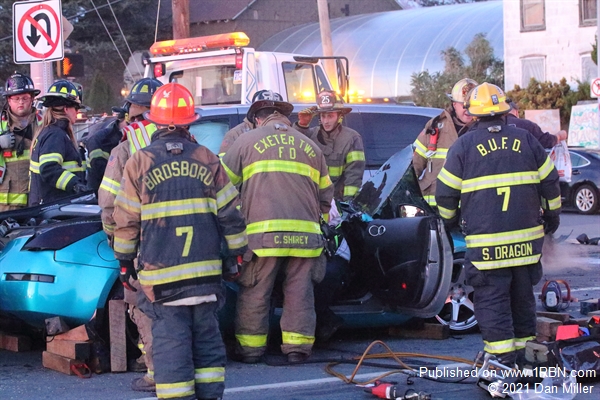 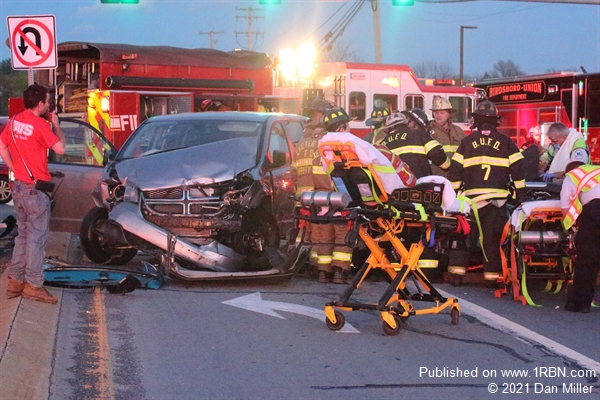 Upon arrival, one driver was out of their vehicle. Crews went to work on the second vehicle, which had substantial damage. A tow truck was used to make room by pulling the other vehicle away from the vehicle with the trapped driver.

Extrication took just under 20 minutes and the driver was transported to the hospital by Life Lion EMS. The roadway was reopened about an hour later.