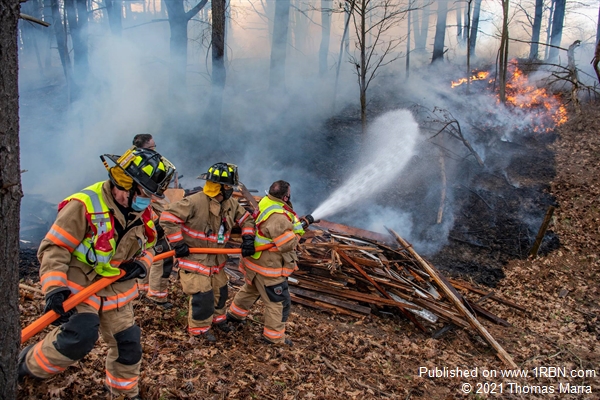 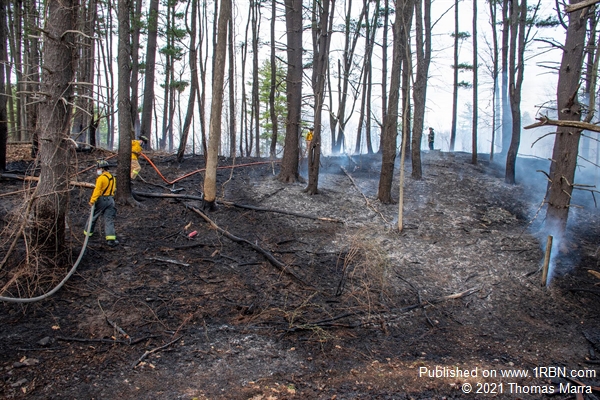 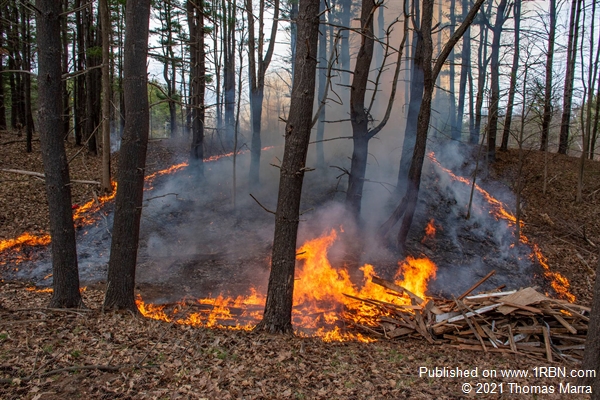 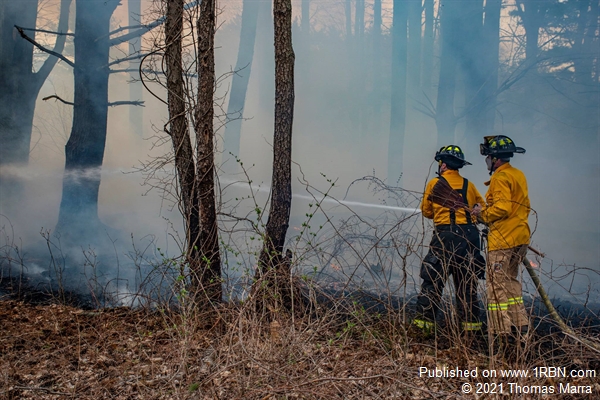 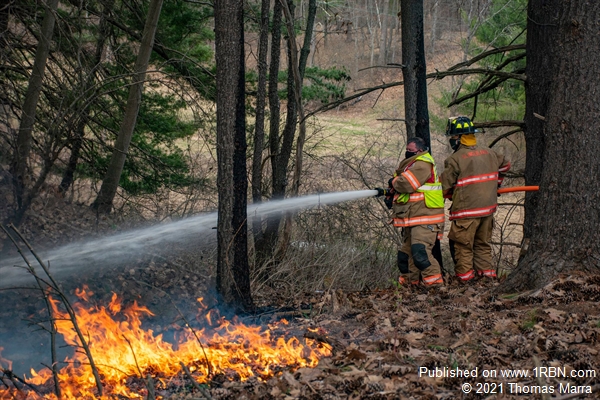 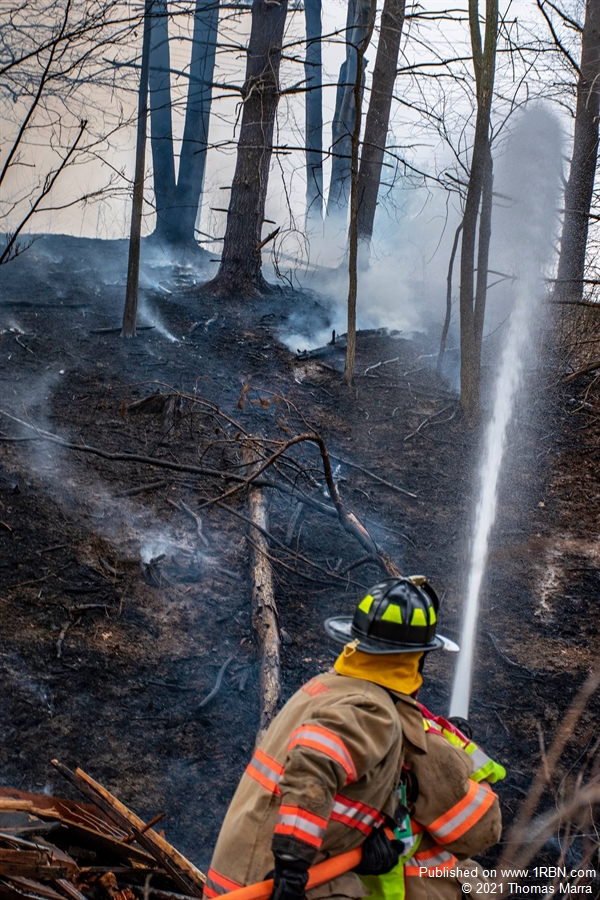 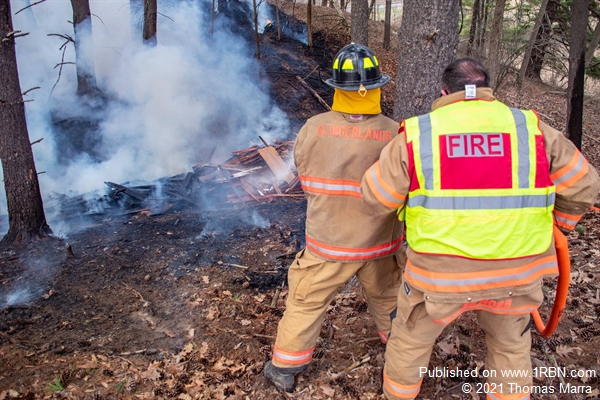 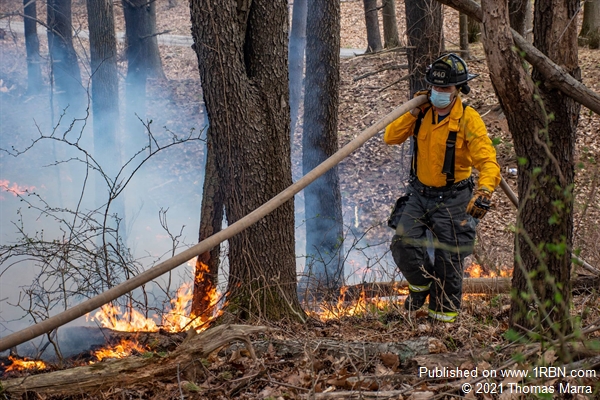 DELMAR, NY - A large brush fire, caused by someone burning a pile of wood, spread through a wooded area in Delmar on April 9th.

The Delmar and Slingerlands Fire Departments were dispatched to the area of Delaware Avenue and Meads Lane at 4:00 P.M. on Friday, April 9th, for a reported brush fire.

Dispatch stated they had a report of a controlled fire that became out of control due to the wind and began spreading up the hill. The address was discovered to be 960 Delaware Ave., where fire chiefs arrived on the scene to confirm an active brush fire that was rapidly spreading due to dry and windy conditions.

Chief Arlie Hedges of Delmar Fire says an approximate dump trailer load worth of construction debris was being burned when the wind began to spread the fire along the dry leaves and up the hill.

The individuals burning the wood attempted to extinguish the fire with fire extinguishers, but the fire was spreading too quickly. An engine from both Delmar and Slingerlands Fire arrived on the scene and began extinguishing the fire.

Chief Hedges says the fire consumed approximately half an acre. Crews had the fire knocked down in about one-and-a-half hours.

The fire was spreading around firefighters as they were battling the blaze at the top of the hill, which caused some trouble.

“We did have one 50’ section of 1 ¾’’ hose damaged during the effort to suppress the fire,” Hedges said. The scene was turned over to NYS DEC Rangers for further investigation and enforcement, according to Hedges.

There were no injuries reported at the scene.

A reminder that there is a ban on open burning in New York State through May 14th.