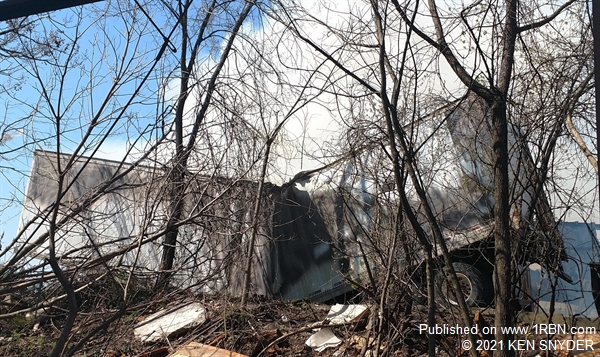 Photo by KEN SNYDEROne of the trailers damaged by the fire. 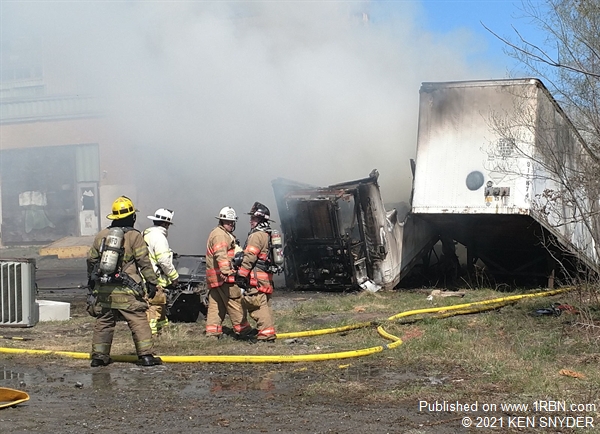 Photo by KEN SNYDERThree truck trailers were consumed by the fire. 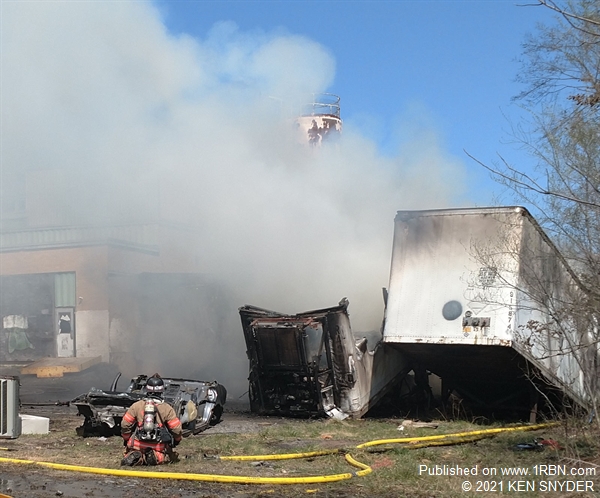 Photo by KEN SNYDERThree trailers were consumed by the fire. 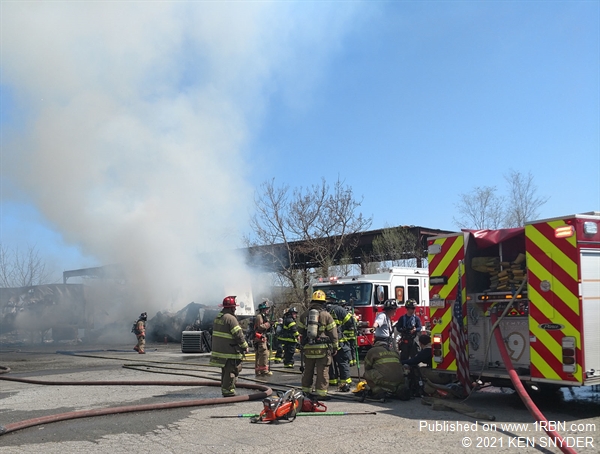 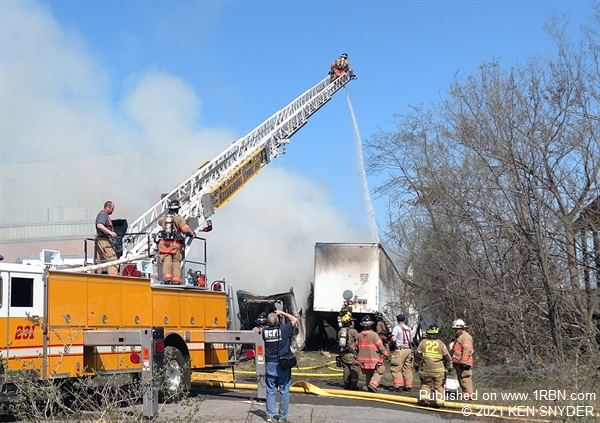 Photo by KEN SNYDERCatasauqua's ladder pipe was deployed on the trailers.

WHITEHALL TWP., PA- On April 8th, an employee who was burning wood and cardboard accidentally caused a fire, damaging three truck trailers and part of a building.

The blaze was reported around 1:50 P.M., with a heavy column of black smoke showing from the Allentown/Whitehall Twp. line. The blaze was located at the rear of the old Lehigh Valley Dairy at 1002 MacArthur Road in the township. This site consists of 10-acres with several buildings on it, and is scheduled for redevelopment.

Allentown's Engines 9 and 6 were first due, followed by Whitehall and Catasauqua units. A dead yard hydrant created a water supply problem, so Whitehall Command requested the Lehigh County 9-1-1 Center to dispatch a tanker task force. This brought in tankers from Woodlawn, Greenawalds, Schnecksville, Emerald and New Tripoli.

It was reported that one firefighter was taken to Lehigh Valley-Cedar Crest Hospital with abdominal pains.