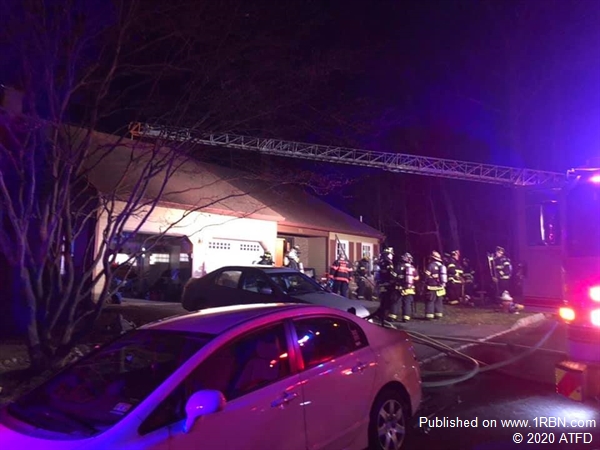 Allamuchy, NJ - At around 830 P.M. on April 11th, Allamuchy Firefighters were dispatched for a possible structure fire. Assistant Chief 91-70 arrived on location first, confirming a working bedroom fire in the 'Bravo-Charlie' corner of Division 2. As Allamuchy's first due engine arrived, members quickly went to work, two to do a search of the structure, and two to stretch a line and extinguish the blaze. Second due units arrived and went to the roof for possible ventilation operations. The fire was quickly knocked, holding it to the one bedroom. No injuries were reported and Firefighters were clear about two hours later. Additional units assisting at the scene included Green Twp., Hackettstown, Independence, Budd Lake, Hope Twp., and Allamuchy-Green FAS.