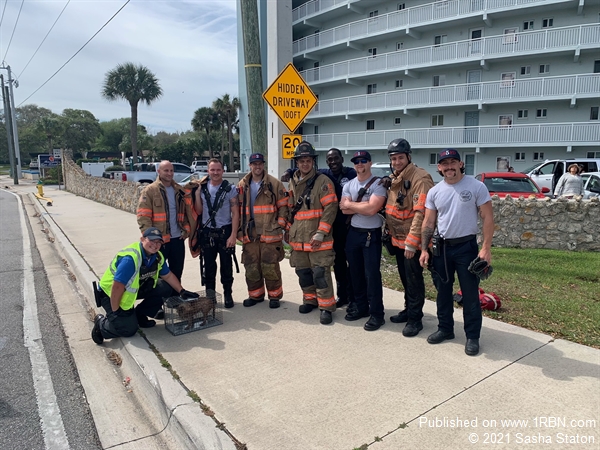 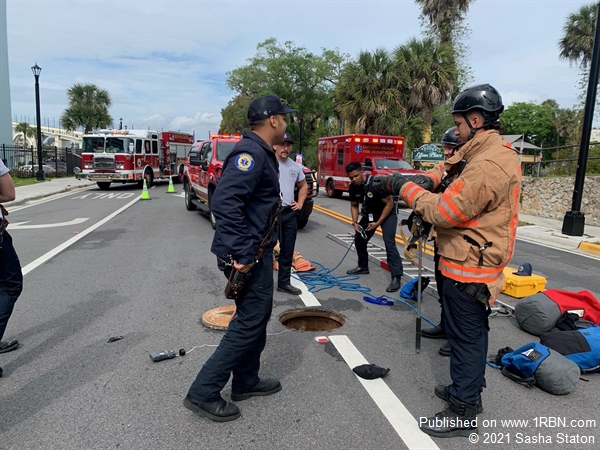 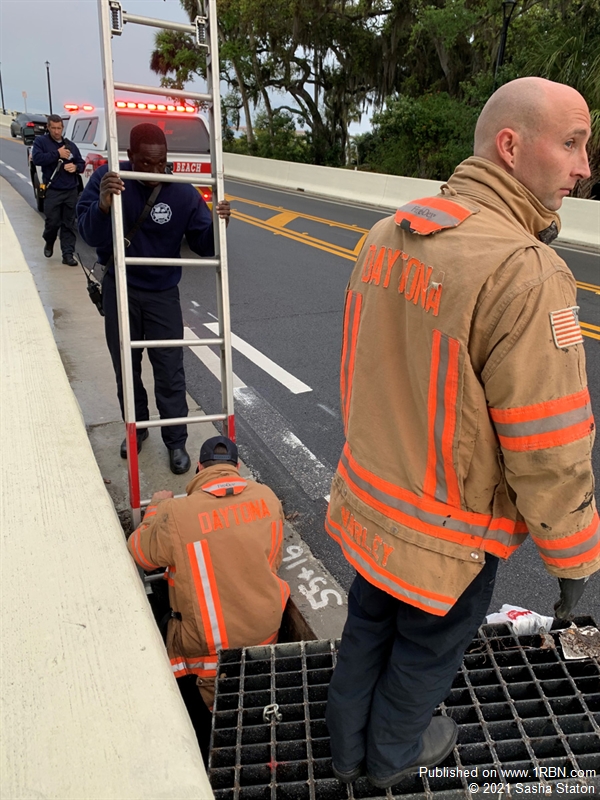 DAYTONA BEACH, FL - After hearing reports of a dog stuck in a storm drain on April 12th, Daytona Beach Firefighters immediately started rescue attempts. They climbed down through a manhole, however, the dog was scared and began running through the sewer in the opposite direction. Firefighters tried to go after her, but the space was too tight to fit. After utilizing members of the department’s Technical Rescue Team, the firefighters were eventually able to capture the dog and reunite it with her owner.