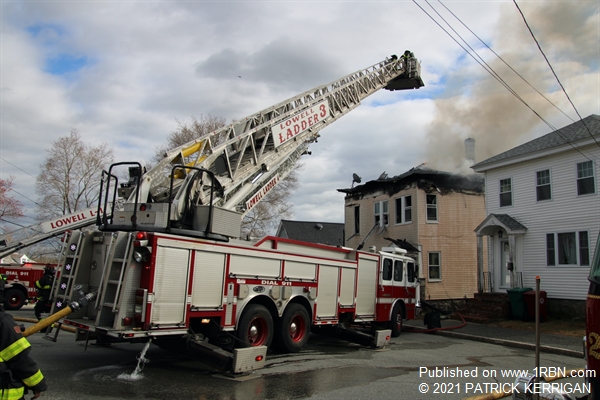 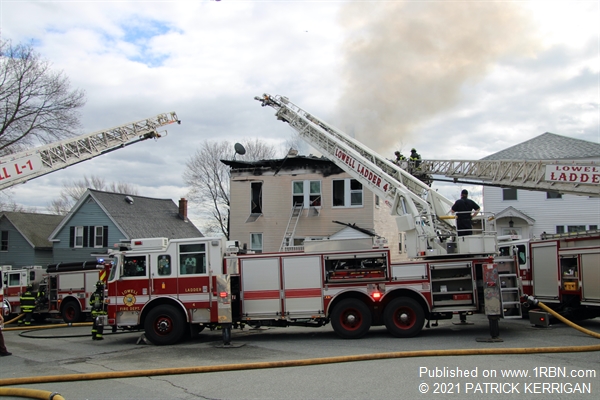 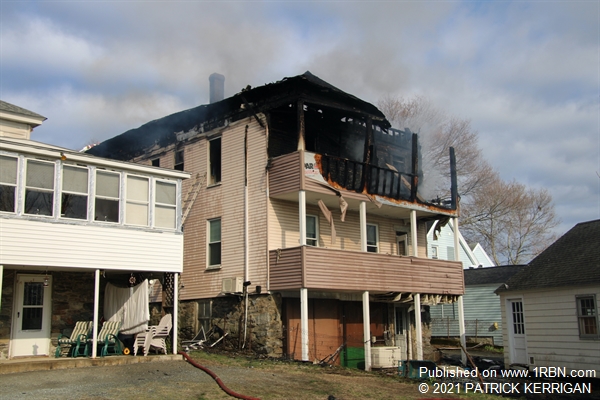 LOWELL, MA - Lowell FAO began receiving calls for a fire on Durant St. in the early afternoon of April 7th. E6 arrived on scene to find heavy fire showing from the roof of a two-and-a-half story wood-frame. Command arrived on scene and quickly struck a second-alarm, bringing in more companies to the scene. Crews made an aggressive interior attack, but were forced out due to deteriorating conditions. Command struck a third-alarm, bringing in mutual aid to the city and to the scene. Crews reentered the building to hit hot spots and check for extension. Companies remained on scene and the fire is now under investigation.