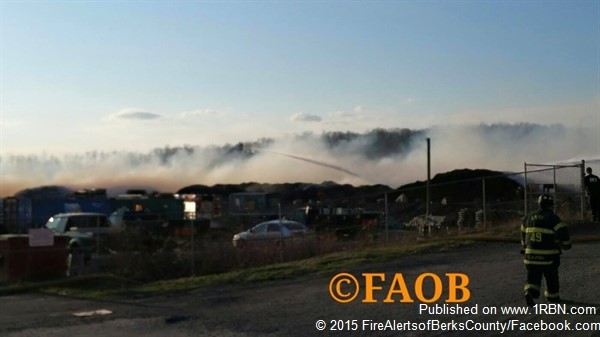 Photo by FireAlertsofBerksCounty/Facebook.comPiles of mulch well lit off. 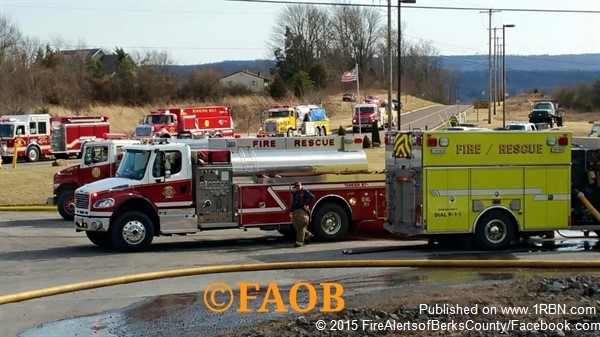 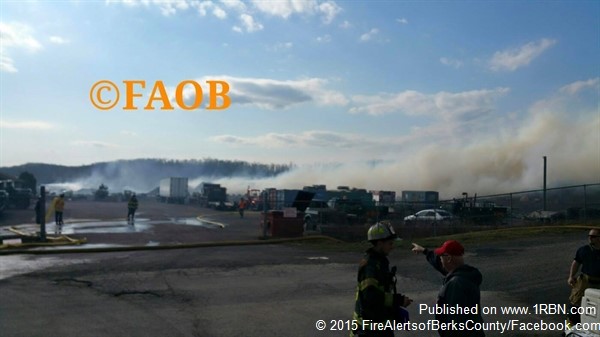 Photo by FireAlertsofBerksCounty/Facebook.comOver view of command.

April 5, 2015. Around 2:00pm Companies 49 and 6 were dispatched to investigate smoke coming from Quarry rd at the Trap Rock Quarry. Once onlocation a woking fire was declared. Later as it escalated command asked for more equipment bring in Engine 49, Tanker 6, Tanker 19 and Tanker 95. Later on more equipment was called for bringing in Tower 7, Brush 19, Chester County Brush 64, Brush 6, Engine 5, Engine 4, Montgomary County Tanker 58, Montgomary County Tanker 67, Tanker 23, and Montgomary Tanker 59. All tanker and a supply engine was set up to supply water to the crews working. Crews battled the blaze while high winds spread the fire. Crews were onscene for aound 4 hours.