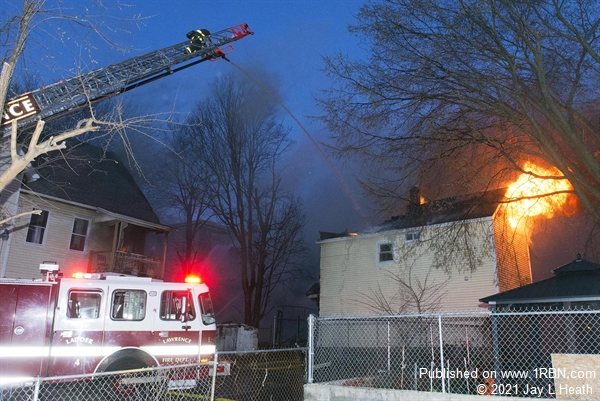 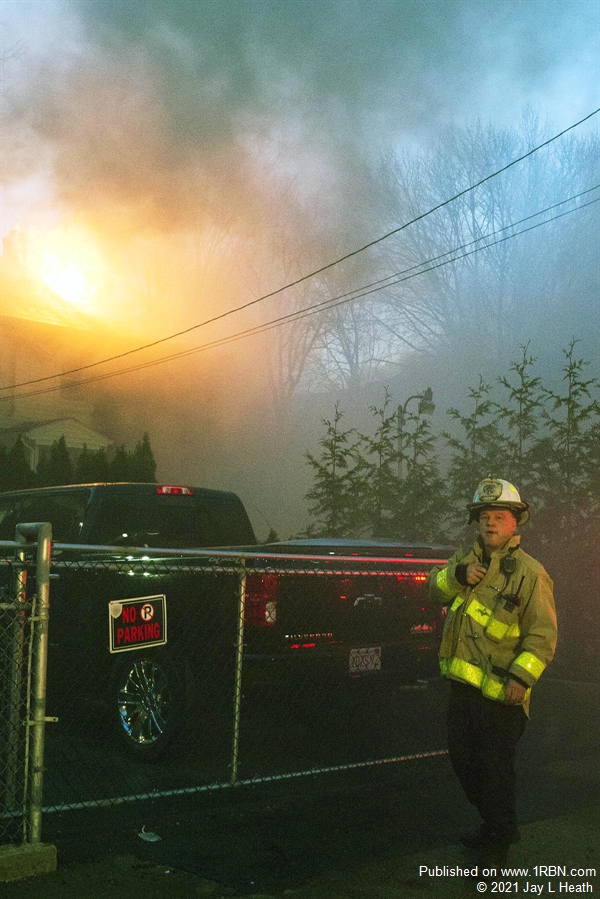 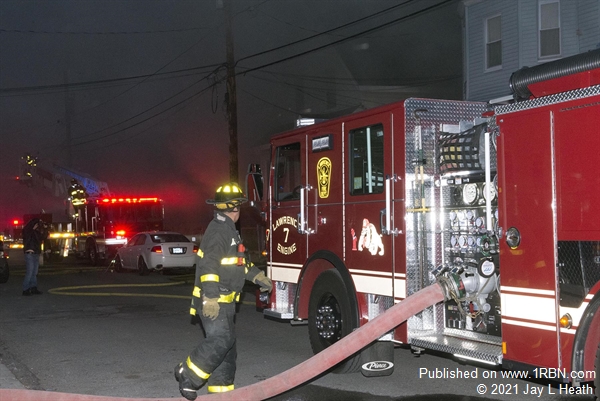 Photo by Jay L HeathHeavy smoke banked down in the street as Engine 7 sets up. 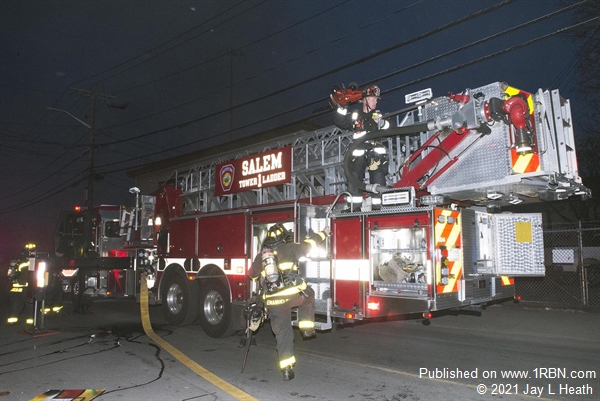 Photo by Jay L Heath Salem NH Tower Ladder 1 sets up at this 5 Alarm fire in Lawrence on Easter Sunday. 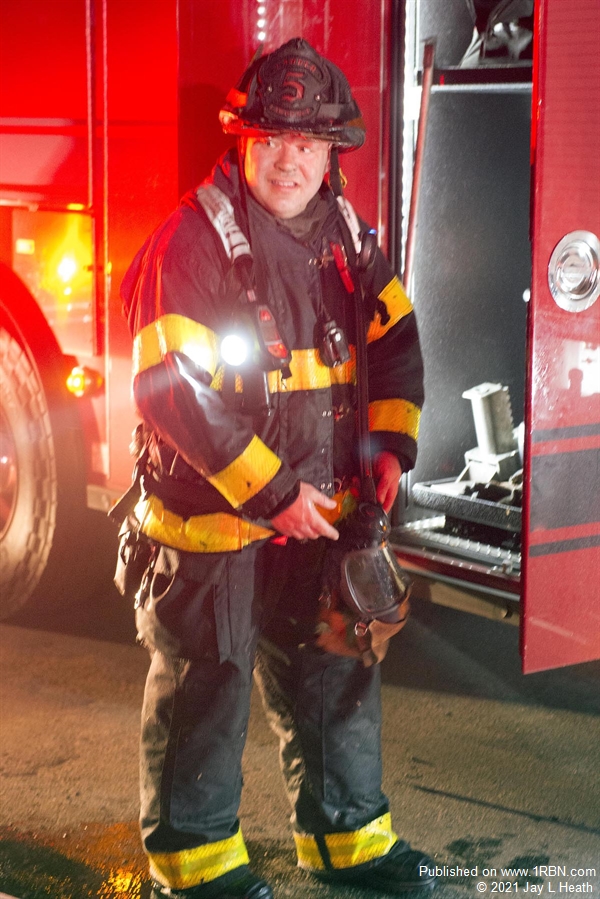 Photo by Jay L Heath A Lawrence firefighter takes a break and gets a fresh bottle. 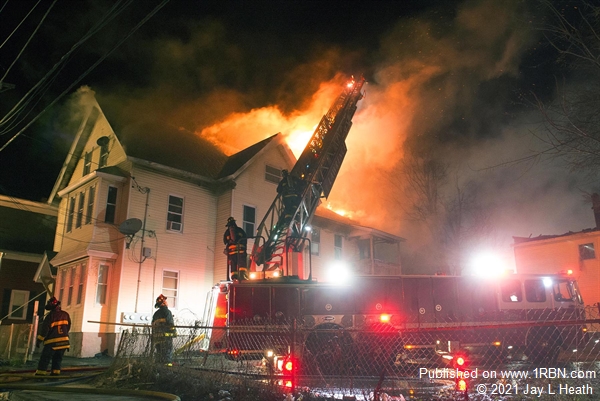 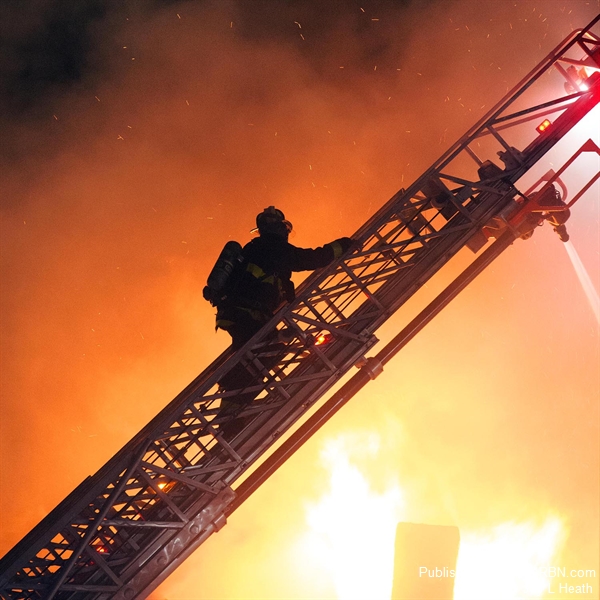 Photo by Jay L Heath A Lawrence firefighter is silhouetted against the heavy fire blowing through the roof. 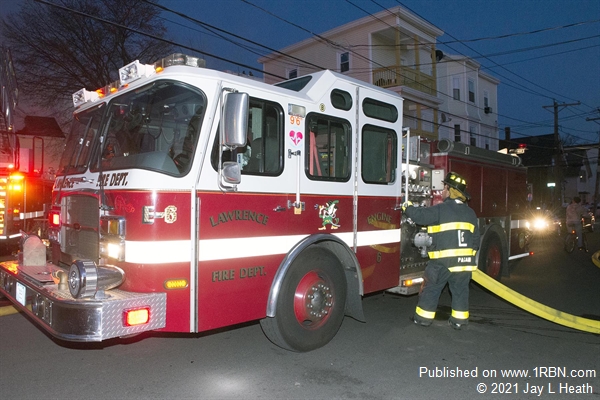 LAWRENCE, MA- A fast-moving fire damaged as many as five buildings in a congested area in the northern part of the city on Easter Sunday, April 4th.

Lawrence Fire Chief Brian Moriarty was staged in the nearby Bennington Street area while Deputy Chief McInnis was stationed on Saratoga Street. A fourth and then fifth alarm were transmitted, along with special calls to the scene and to cover the city. Several Tower Ladders and hand lines were in operation to protect the congested neighborhood, and most of the fire was knocked down by 9:30 P.M. Firefighters worked for several hours overhauling the buildings and checking for hot spots. There were no reports of any injuries.