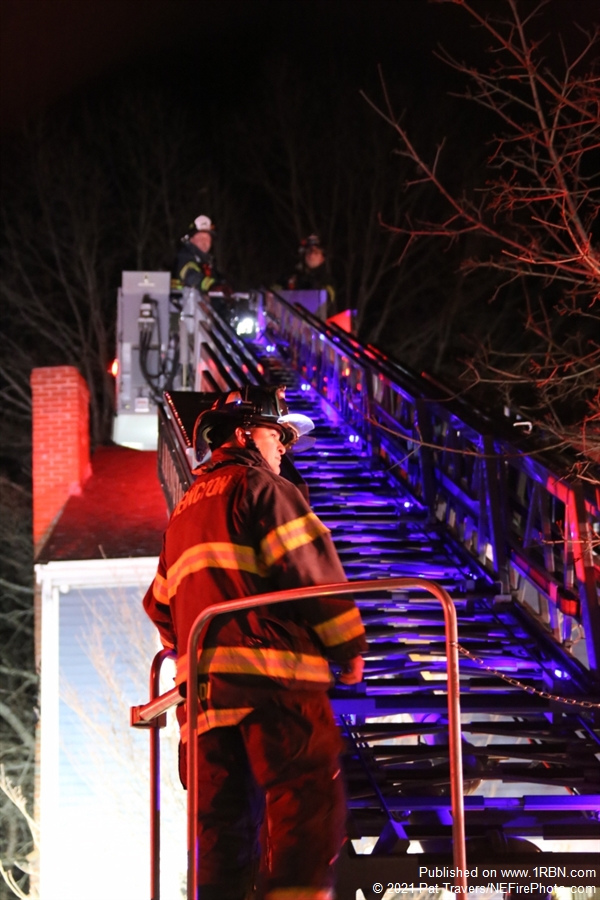 Photo by Pat Travers/NEFirePhoto.comAbington Tower-1 stretched to the chimney. 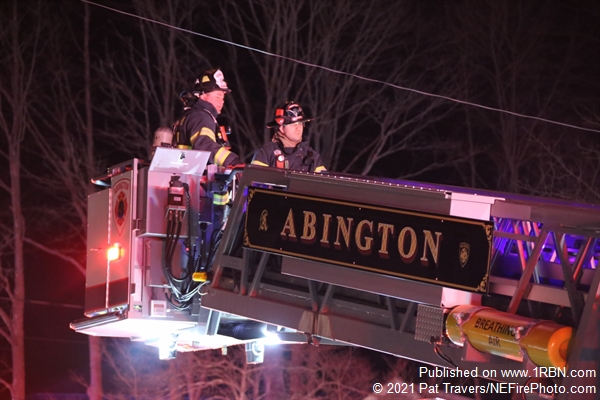 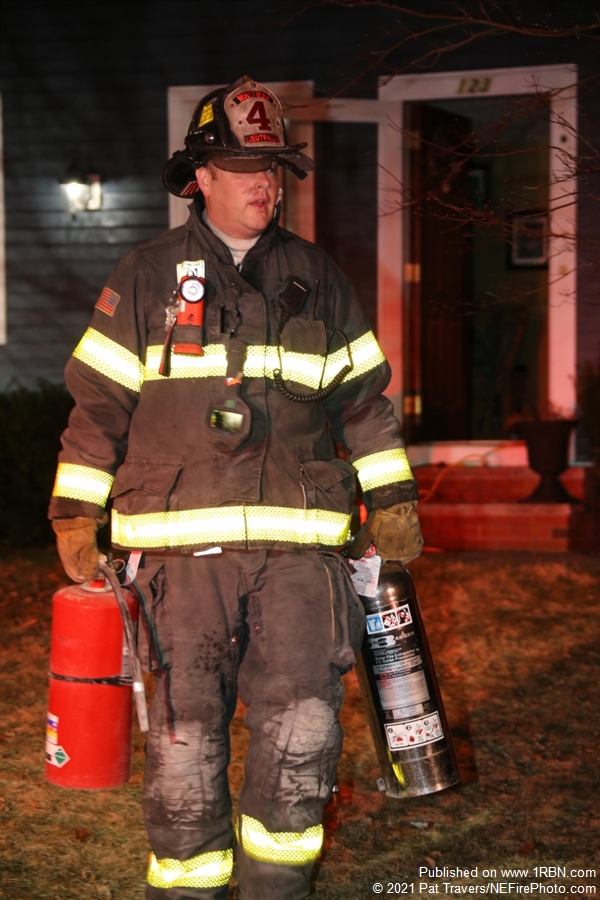 WHITMAN, MASSACHUSETTS (PLYMOUTH COUNTY) - Around 2000 hours on the evening of Saturday, March 20, 2021 the Whitman Fire Department responded to 123 Pleasant Street for a reported chimney fire. Due to Whitman's ladder being out of service, Abington Tower-1 was requested to the scene on the line box assignment. Firefighters arrived to find an active chimney fire in a 2-story wood framed dwelling. Firefighters were able to knockdown the active fire in the chimney quickly. This was the second chimney fire at this location. Whitman firefighters were previously called on back in 2014 for the same issue.