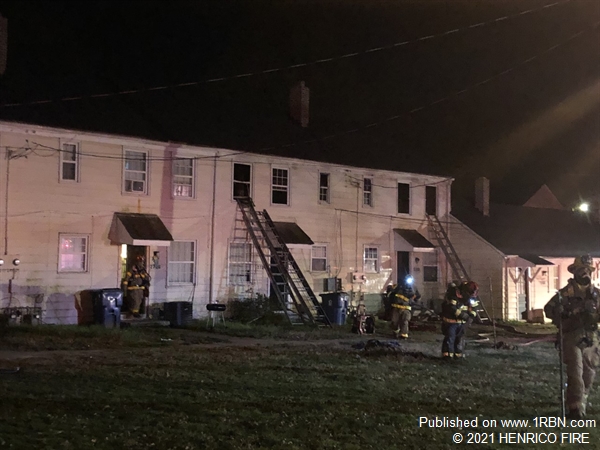 Henrico 911 Emergency Communication Center received multiple calls for an apartment on fire. Fire units arrived to find smoke coming from the second-story of one apartment. Firefighters were told nine children might be in the apartments.

While on scene firefighters began searching all apartments. A second-alarm (additional fire apparatus and personnel) was called to assist with the evacuation and control of the fire. All occupants were accounted for outside the apartments and no one was found inside. One adult male suffered burns to his arms and was transported to VCU Medical Center.

The fire was under control within 30 minutes and further property damage was prevented. Four apartments were affected by smoke, fire, and/or water damage. The American Red Cross was contacted to assist eight adults and 13 children with their immediate needs.

Henrico Fire Marshals were on scene to determine the origin and cause.