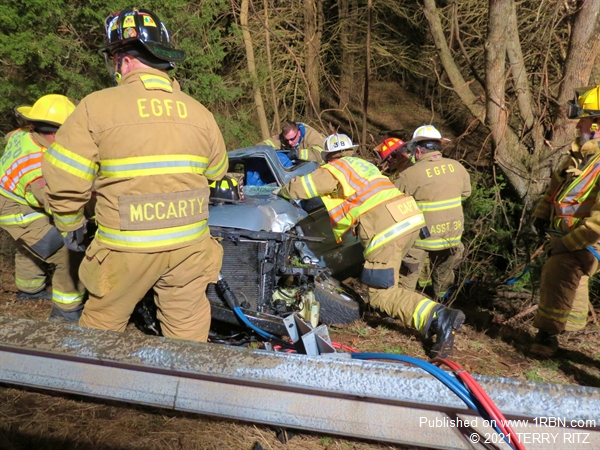 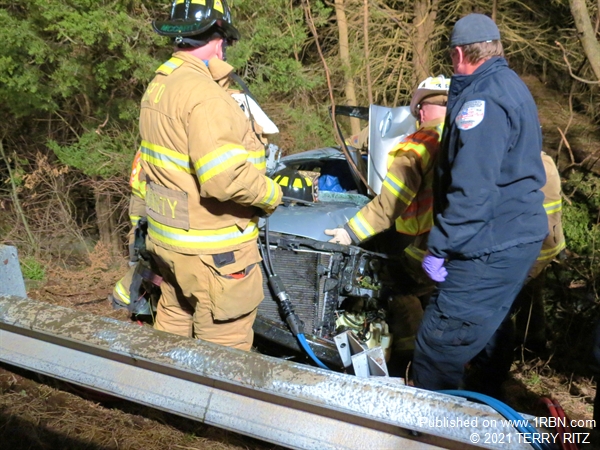 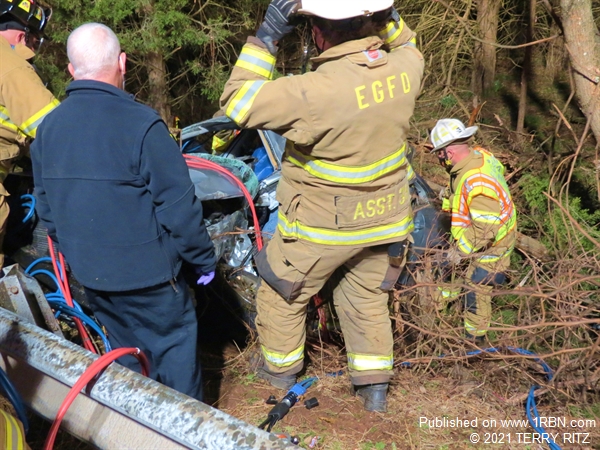 UPPER HANOVER TWP., PA - On Monday, March 29th at 8:04 P.M., the East Greenville Fire Co. was dispatched to Church Rd., near Houck Rd., for a motor vehicle accident with entrapment. Upon arrival, first responders had a car over the guardrail and down an embankment with extensive damage, and a male driver that was heavily pinned. The driver was conscious and responsive. There were no other passengers in the car. After the rescue was completed the driver was transported to the hospital by ambulance. The cause of the accident and the condition of the driver were not available. Responding with the fire company were fire police from East Greenville and Pennsburg. Upper Perk EMS and PA State Police also responded.