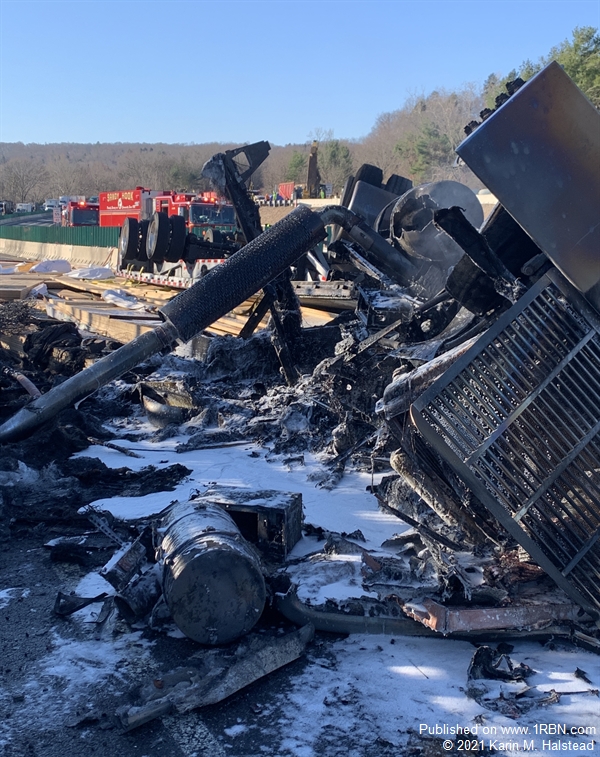 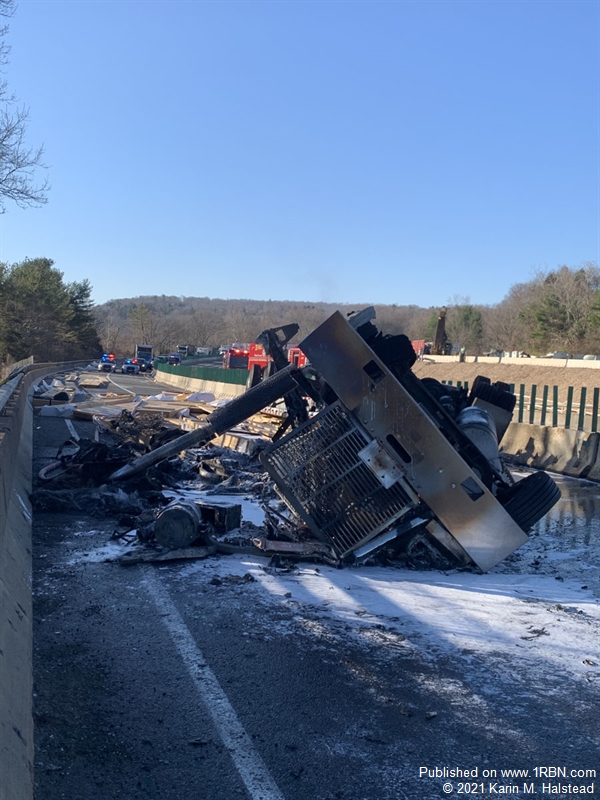 While enroute to the scene during rush hour traffic, crews were updated that the tractor-trailer carrying lumber, was now fully engulfed. This accident was in the eastbound lane of the Rochambeau Bridge in the construction zone. Due to heavy traffic and the diesel fuel flowing into the westbound lane, the CT State Police shut down both sides of I-84. This allowed fire apparatus to park on the westbound lane to attack the fire.

Sandy Hook's Rescue 444, Engine 441, Tanker 9 and Tanker 449 responded to the scene, along with Newtown Hook & Ladder's Rescue 113 and an engine from Southbury Vol. Fire.

A total of 3225-gallons of water was used along with 10-gallons of foam to extinguish the fire. Booms and speedy dry were also used to contain and clean up the diesel fuel. DEEP arrived on scene and assumed command of the clean up process.

Sandy Hook firefighters cleared at 9:47 A.M., and I-84 remained shut down for several more hours.