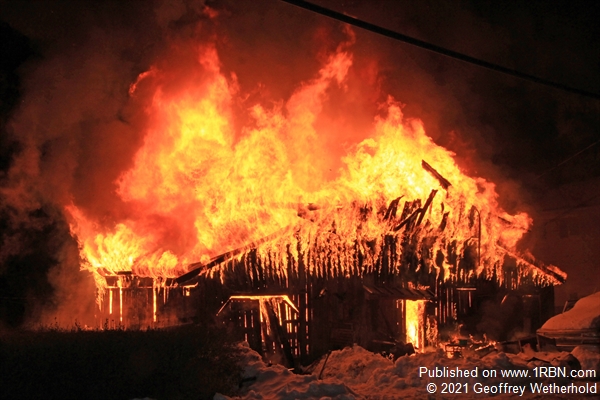 Photo by Geoffrey Wetherhold Whitehall and Catasauqua Firefighters were met with this Fully Involved 2 story garage fire on February 12th, 2021. 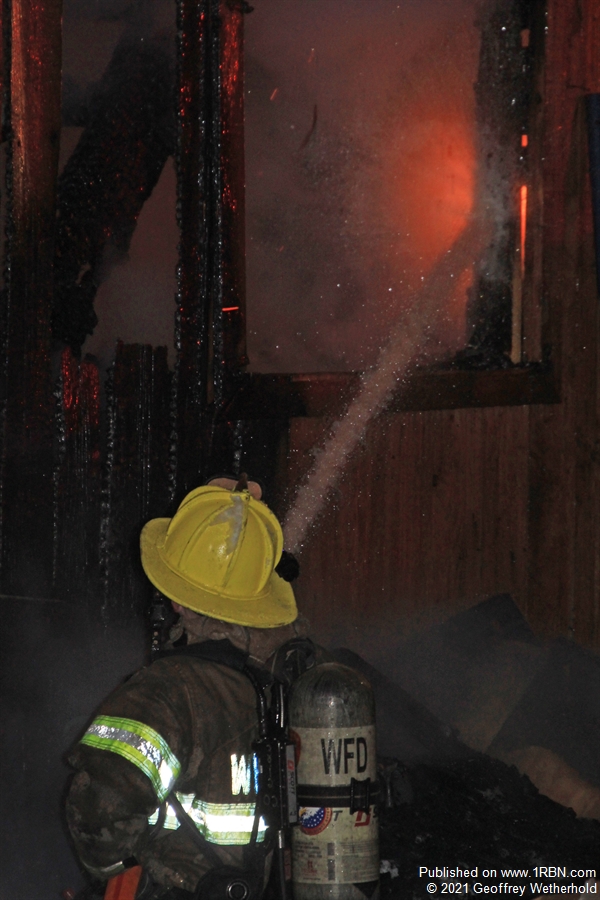 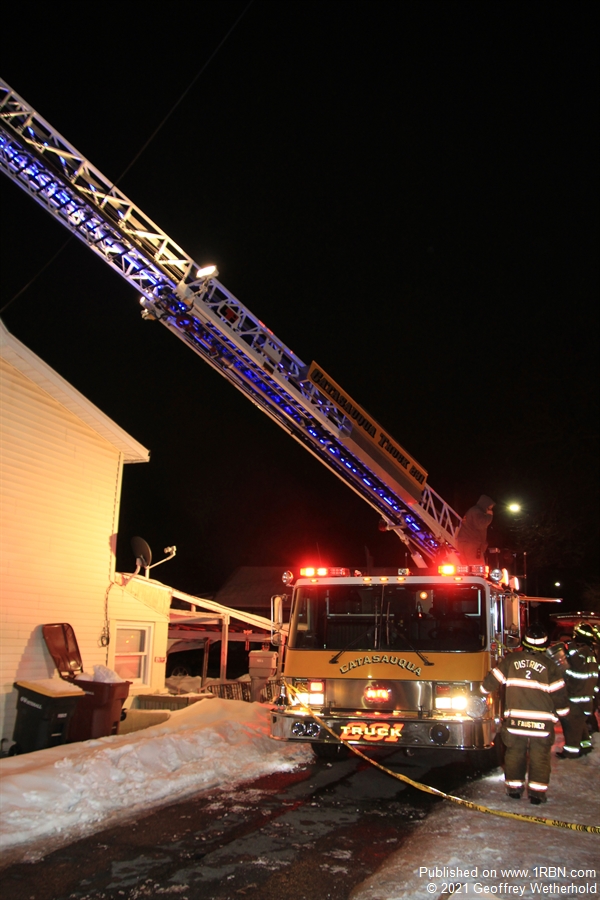 Photo by Geoffrey WetherholdCatasauqua Truck 231 is seen in operation at this Working Garage Fire in Whitehall Township. 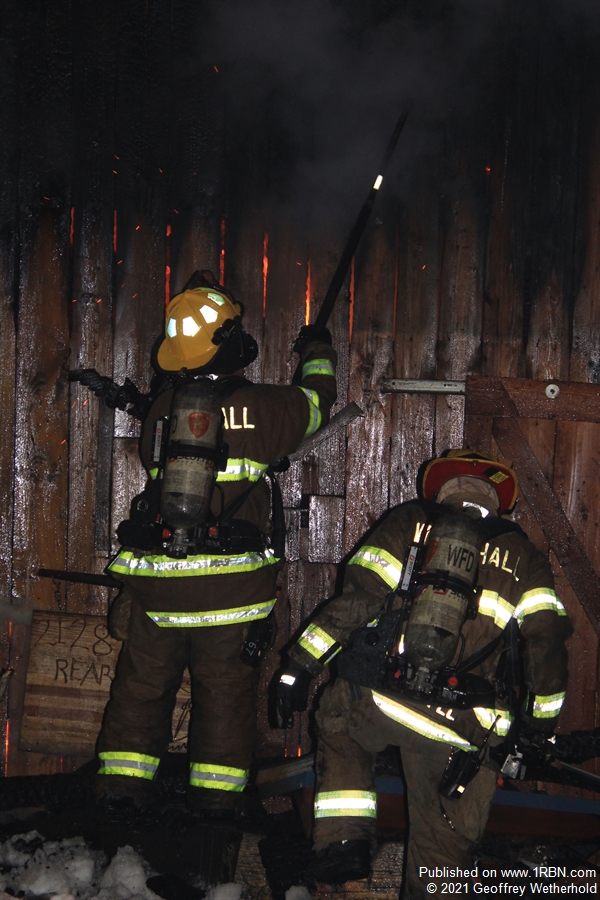 Photo by Geoffrey WetherholdA Whitehall firefighter utilizes a pike pole to try and pull down some of the wooden frame.

Around 18:00hrs on Friday February, 12th, the Lehigh Communications Center dispatched Whitehall Stations 37,36,38, and 39 to 2119 N Apple St in Whitehall Township for a reported structure fire. Whitehall Truck 3831 arrived on scene first and grabbed the hydrant at East Wood Street and North 1st Avenue. When they arrived on scene they found a fully involved 2 story garage. They signaled a working fire and requested Station 2 (Catasauqua) for RIT. A 2.5 in attack line was deployed as well as setting up for aerial operations. Whitehall Engine 3711 brought in a supply line and came down School Alley to North Apple Street. Catasauqua Truck 231 came in from the opposite side of North Apple Street and went in service. While Squad 241 supplied the RIT personnel. Multiple hand lines from multiple apparatus ended up being placed in operation. The fire was darkened down within 20 minutes. Crews spent a couple of hours on scene hitting hot spots and mopping up. Units on scene were Whitehall Engines 3711, 3611, 3811, and 3912, Whitehall Trucks 3631 and 3831, Whitehall Rescue 3941, Catasauqua Truck 231 and Squad 241 and Woodlawn Cascade 3292.