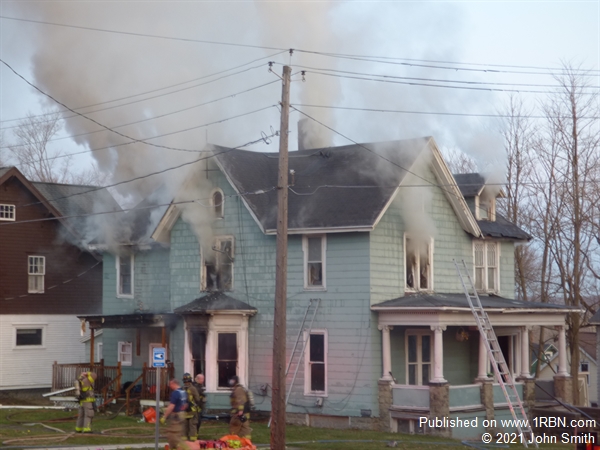 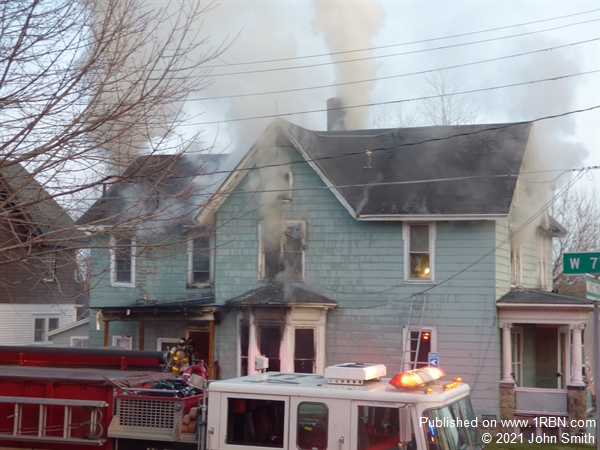 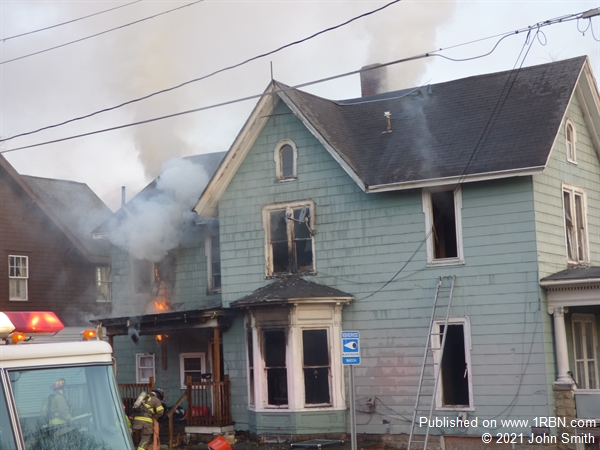 JAMESTOWN, NY - At approximately 6:40 A.M. on March 23rd, Jamestown Fire was dispatched to 703 Washington Street, on the corner with West Seventh Street, for a reported structure fire. Car 1 went on scene at 6:42 A.M. and reported fire on the first floor porch. Firefighters quickly searched the multi-story residence, which had smoke showing from many of its windows. There were no early reports of any injuries. Celoron volunteer firefighters responded to the city with their ambulance for standby at the scene. An off-shift of 15+1 was called. The cause of the fire is under investigation.