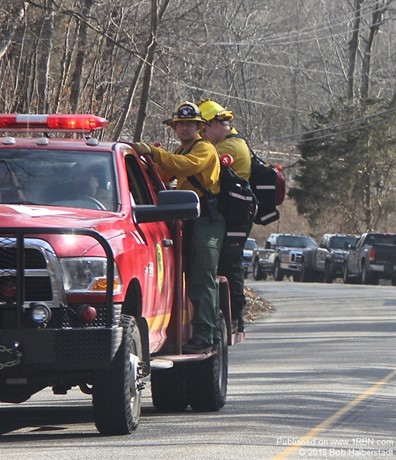 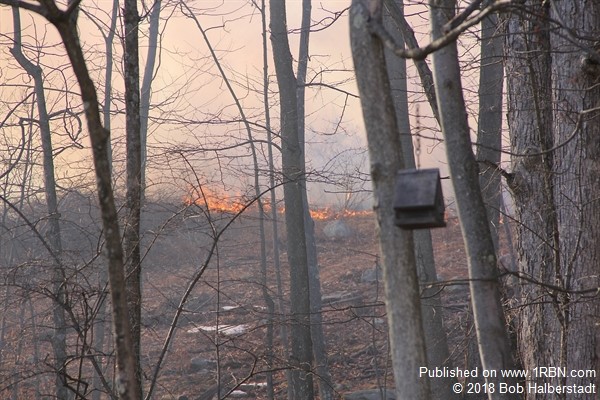 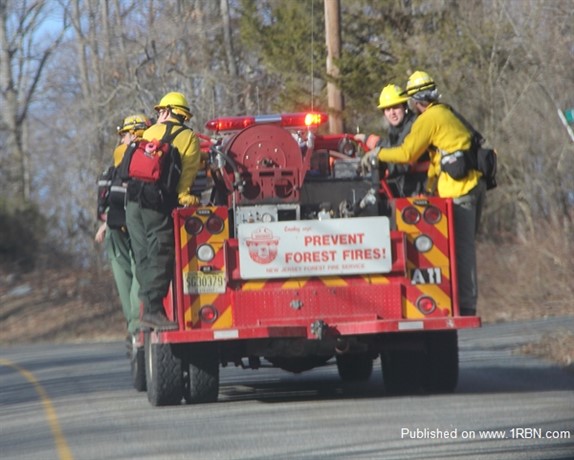 Blairstown Twp., NJ - At 4:00 P.M. on March 19th, a brush fire was reported to 9-1-1 by a homeowner who saw it behind her house on Walnut Valley Road, in the area of Beechwood Road. On scene, Blairstown police officers described a 200'x200' brush fire under the power line right of way. Blairstown EMS, Blairstown Hose Company and New Jersey Forest Fire Service 1604 responded to control the spread, with no damage to homes in the area. The Forest Fire Service was transported from one hotspot to another.