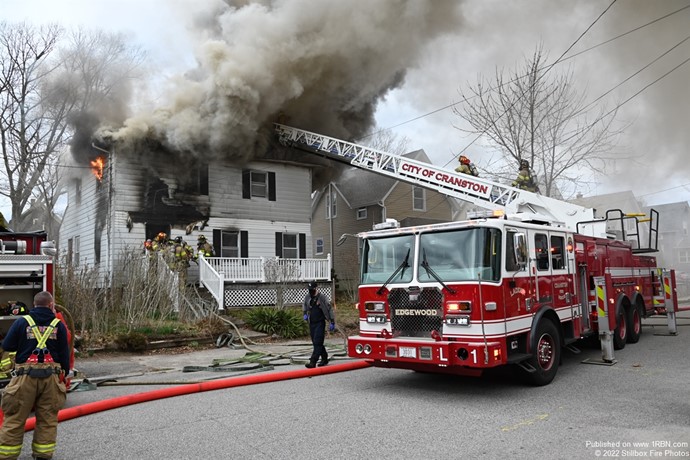 CRANSTON, RI - Around 4:00 P.M. on Sunday, March 20th, Cranston firefighters were called to 51 Marion Avenue South for a reported structure fire located in the Edgewood section of the city. Engine 1 and Ladder 1 arrived on scene and a second-alarm was called. Firefighters initially made a push, however they had to ultimately evacuate the building.