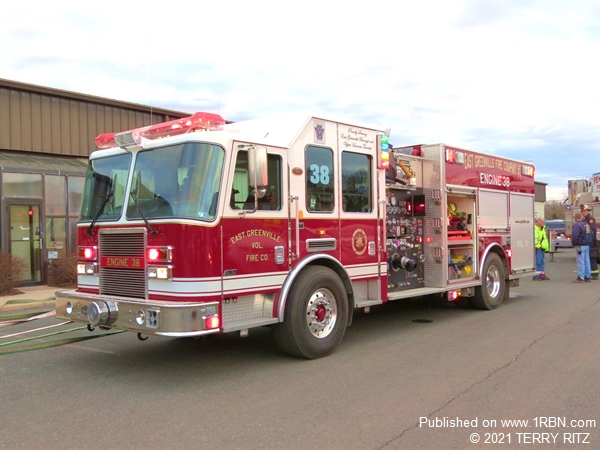 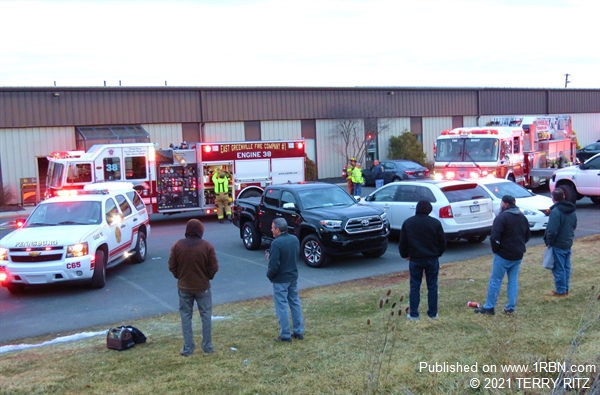 Red Hill, PA - At 7:20 A.M. on March 16th, the Red Hill Fire Co., along with several other fire companies in the Upper Perk Valley, were called to a building fire at Artisan Mfg. on 6th Street in Red Hill borough. Upon arrival, first responders had a smoke condition inside the building. They entered the building and went to the location where the heaviest smoke was. Numerous ceiling tiles had to be removed to check the area and a complete investigation was performed. A real cause was not given until an investigation could be completed. The building was completely evacuated and there were no injuries reported. Assisting Red Hill Fire Co. were Pennsburg, East Greenville and Green Lane. Upper Perk EMS, and Fire Police from the four fire companies had also responded.