Car Versus House with Injuries in Centereach 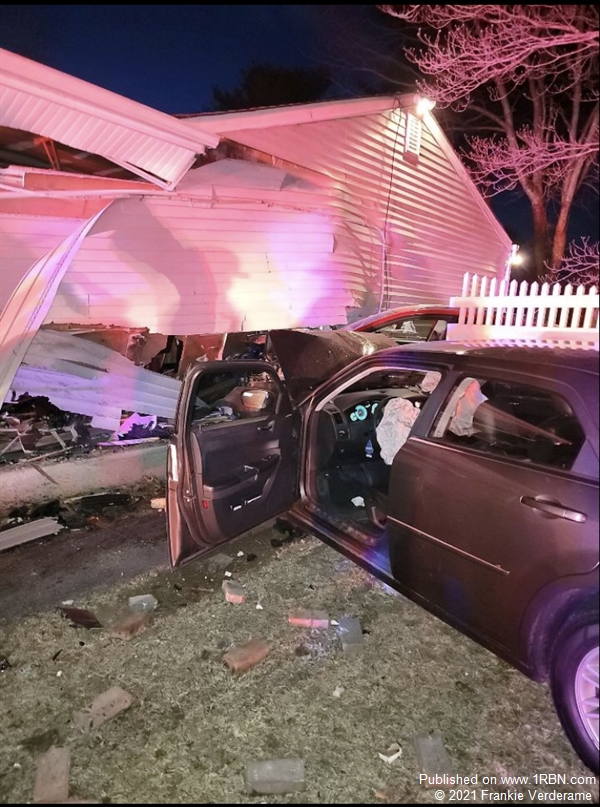 Photo by Frankie VerderameThe car that struck the house in Centereach! 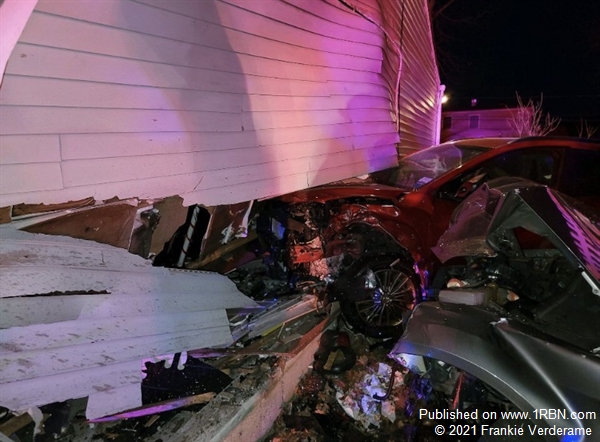 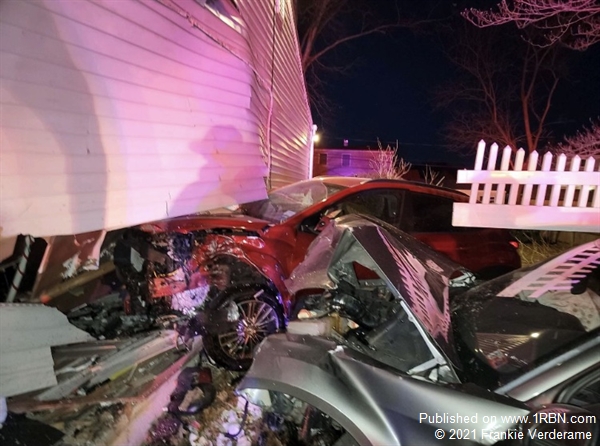 Photo by Frankie Verderame2 cars with heavy damage from the house. 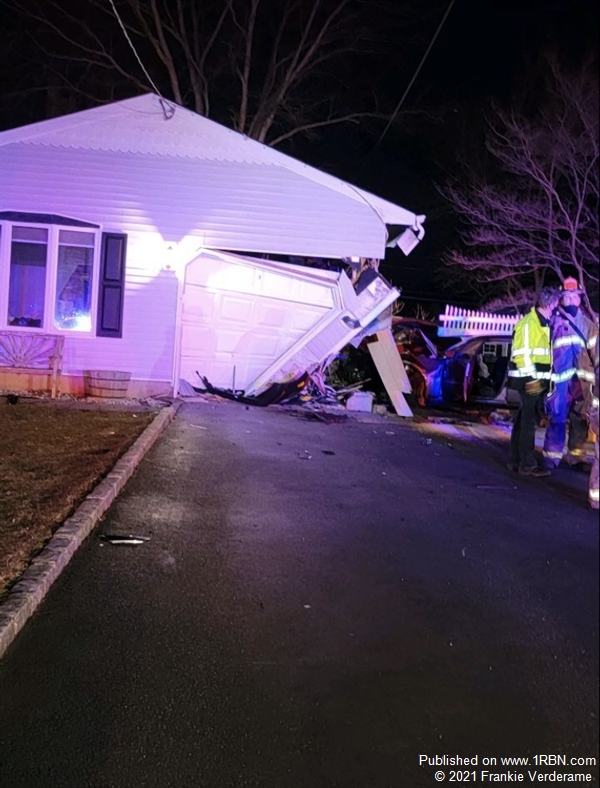 Photo by Frankie VerderameThe house that was damaged by a car in Centereach!

CENTEREACH, NY - On Sunday, March 14th at 7:24 P.M., the Centereach Fire Department was activated for a car versus house at 15 Marta Road. When Chief 31 (5-5-31) arrived on scene he confirmed that a car hit a house and requested one ambulance to the scene. Rescue 14 (5-5-14), Engine 9 (5-5-9), and Ladder 5 (5-5-5) responded to the scene to make sure the house was stable and to prevent a collapse. One patient was brought to the hospital with minor injuries. All units were on scene for 35-40 minutes after the initial 9-1-1 call before returning back to their stations.