Car Gets Ran Off the Road in Glenmont, Leaving Occupants Balancing 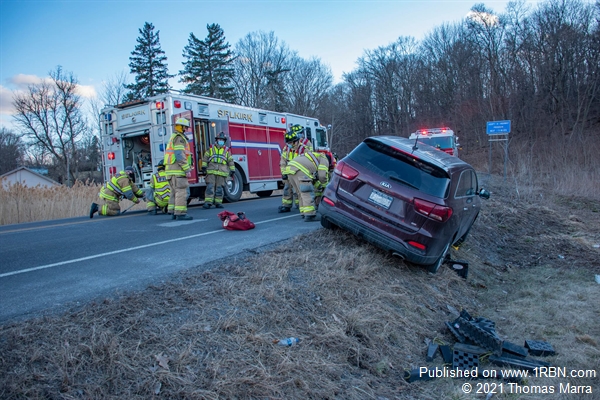 Photo by Thomas MarraA vehicle was run off the road by another vehicle and ended up leaning off the side of the roadway. 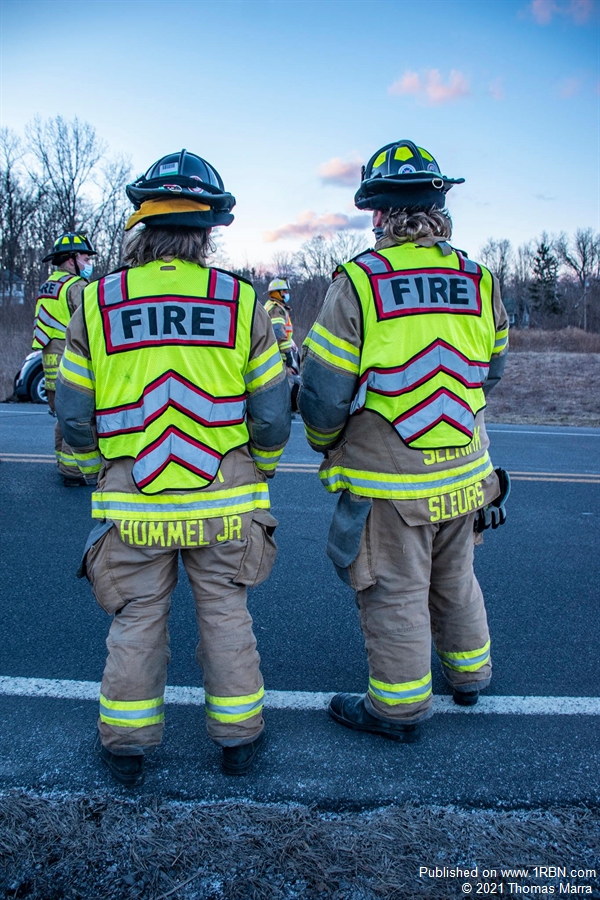 Photo by Thomas MarraFirefighters Steven Hummel Jr and Dan Sleurs at the scene of an accident in Glenmont on Sunday, March 14. 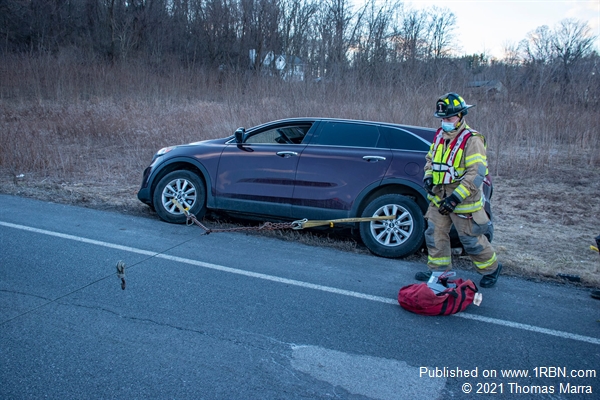 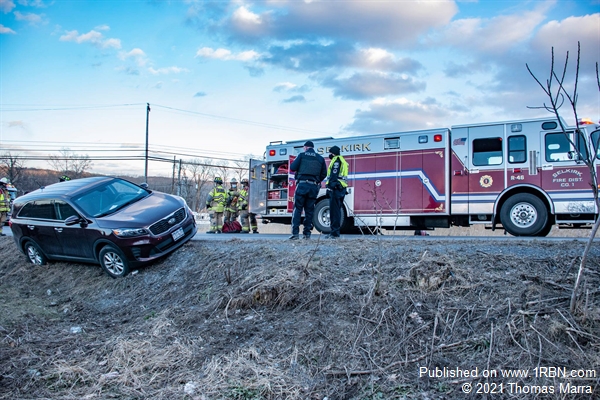 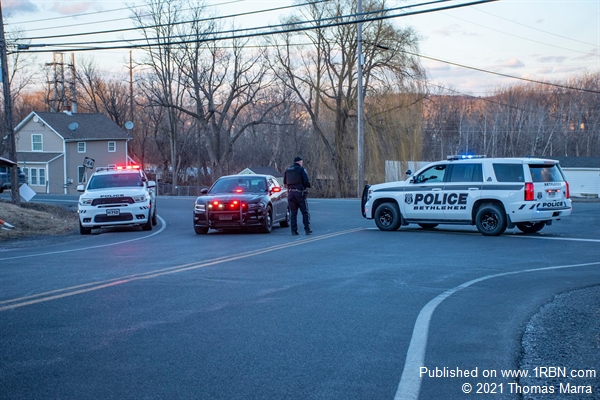 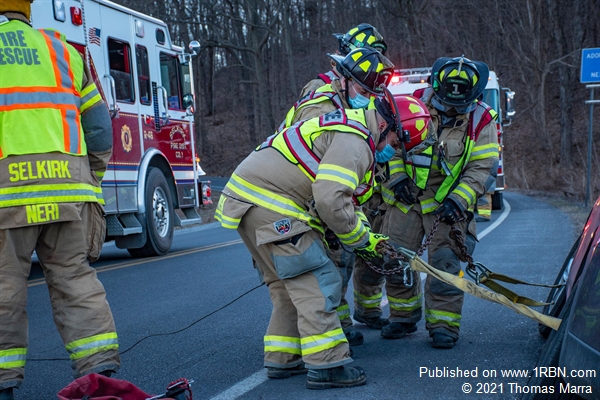 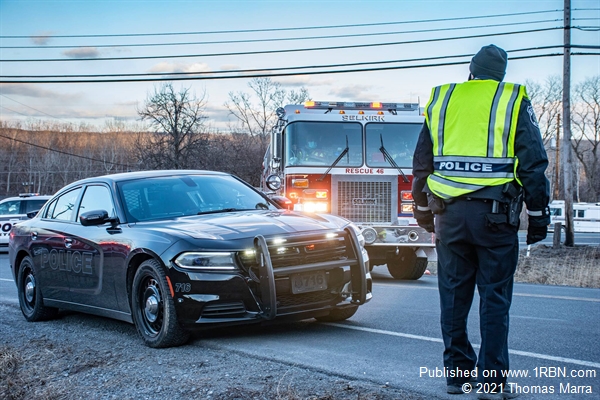 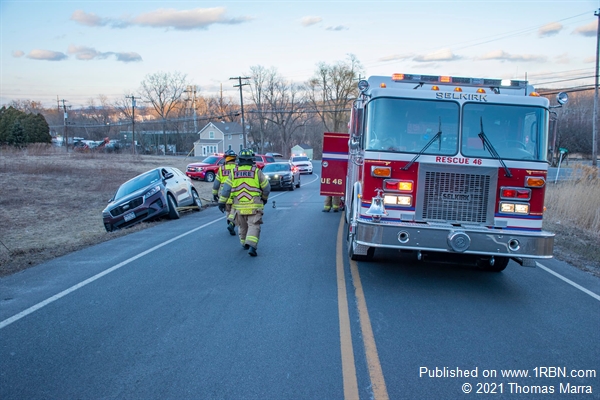 GLENMONT, NY - A vehicle was run off the road in Glenmont on Sunday evening, March 14th, leaving its occupants leaning on the side of the roadway.

The Bethlehem Police Department received a call around 5:50 P.M. for a vehicle off the road on Glenmont Road, just in from River Road in Glenmont. Upon the arrival of police, a 2019 Kia Sorrento was found leaning off the roadway, according to a statement from Bethlehem Police.

“Through investigation it was discovered that an unknown make/model vehicle was heading east on Glenmont Road and did cross the double-yellow line into the westbound lane that the Kia was traveling in,” according to the police report.

Police say the operator of the Kia made an evasive maneuver to avoid a collision with the other vehicle, causing it to leave the roadway and come to a rest leaning on the side of the road.

Due to the unstable vehicle with the occupants still inside, the Selkirk Fire Department was dispatched at 6:15 P.M. to assist in removing the occupants from the vehicle. Firefighters stabilized the vehicle from the passenger side to prevent it from rolling down the hill. Chains were then attached to the driver side of the vehicle and connected to Rescue 29-46 in order to further prevent the vehicle from moving.

“It was just precautionary,” said Assistant Chief Phil Peters of Selkirk Fire. “If we tried to take the occupants out, the vehicle could have slid or actually overturned.”

Firefighters assisted in helping the two occupants out of the vehicle once it was stable for them to exit. The vehicle was then brought back up to the road by Roberts Towing.

Glenmont Road was closed during the incident and traffic was diverted to Anders Lane. There were no injuries reported and no tickets have been issued.