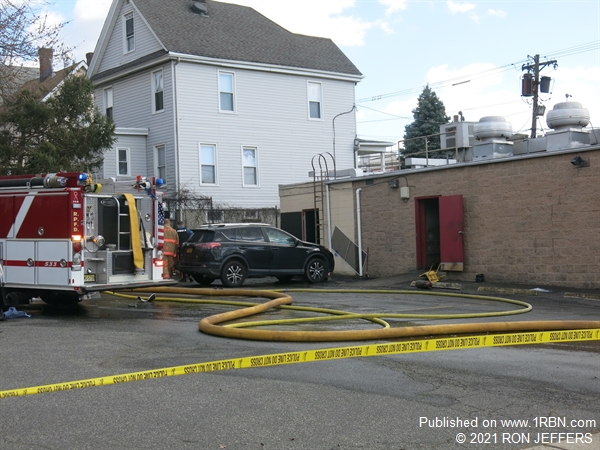 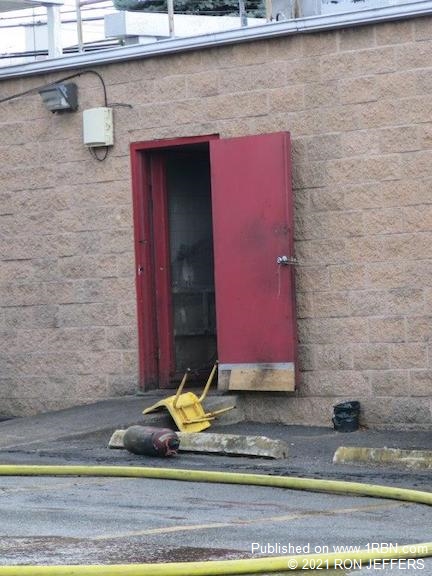 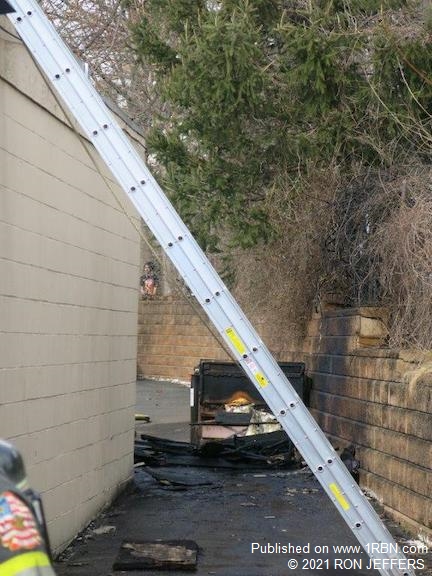 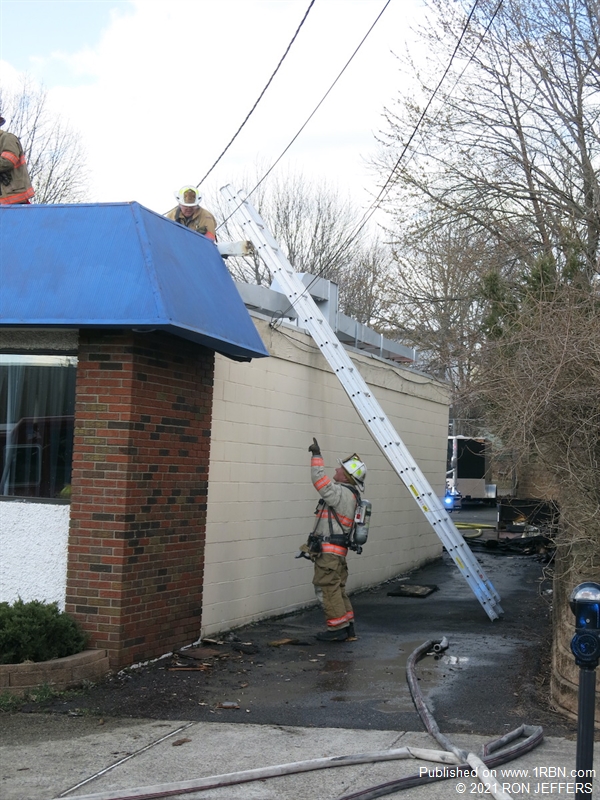 Photo by RON JEFFERSFirefighters inspect damage to the restaurant, with the storage bin that burned in the rear of the alley off of Mount Vernon St.

Fire companies were turned out to the alarm of fire after 2:00 P.M. The fire involved a wooded storage bin behind a restaurant on Mount Vernon Street. The junior member was helping stretch a hose line in the parking lot, responders said. Two Co2 bottles used for beverage dispensing had been placed at this storage box, and the fire apparently caused one of the bottles to explode.

The junior firefighter was hit with shrapnel which struck his leg and hands, and caused a fractured leg. EMS and ALS units were immediately called to the scene, and a second-alarm was transmitted for possible damage to the restaurant.

The injured member was taken to Hackensack University Medical Center for emergency surgery, according to the “Daily Voice.”

The fire was quickly knocked down and firefighters inspected the structure for damage. The Bergen County Prosecutor's Office and the state Division of Fire Safety were notified.