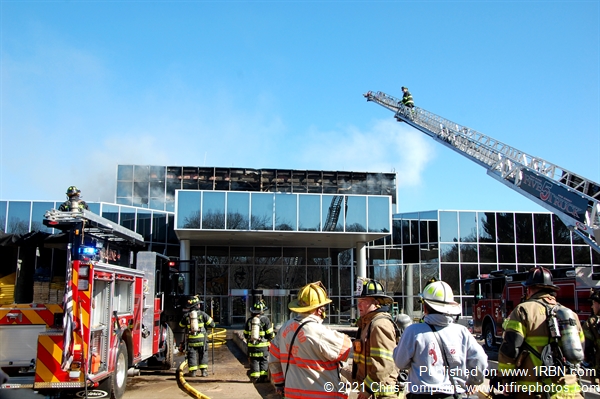 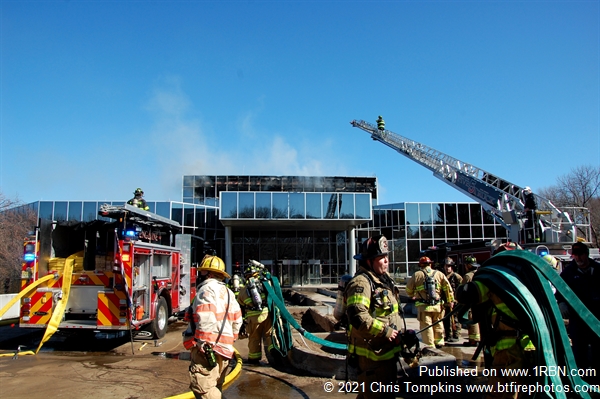 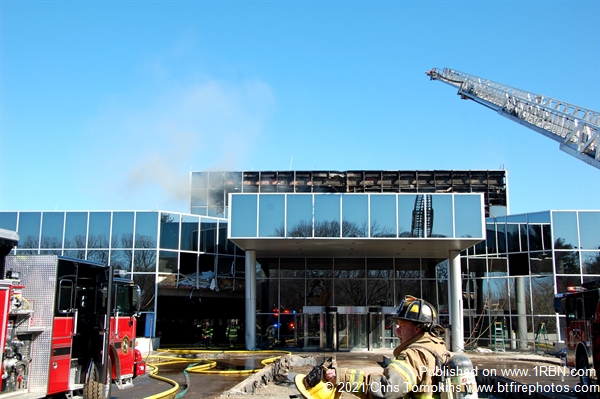 Park Ridge, NJ - A black column of smoke could be seen for miles from a two-alarm fire in Park Ridge, where part of a large commercial office building being demolished caught fire on March 13th.

Firefighters were dispatched around 1:45 P.M. to 1 Sony Drive for a reported fire at the old Sony building. Dispatch advised that the caller reported smoke and fire from the top floor. First arriving chiefs reported heavy fire and smoke and confirmed a working fire.

Mutual aid from Woodcliff Lake and Montvale were dispatched on confirmation to the scene as Engine 4 and Ladder 5 set up in the front of the building. A second-alarm was transmitted as Truck 5 went into ladder pipe operations.

When the bulk of the fire was knocked down crews entered the building to extinguish any hot spots and conduct overhaul. The fire, which was held to the third floor, was placed under control within an hour. No injuries were reported.

Additional mutual aid from Hillsdale, Westwood and River Vale also assisted on scene. Due to the building being under demolition, the arson squad was requested to the scene.