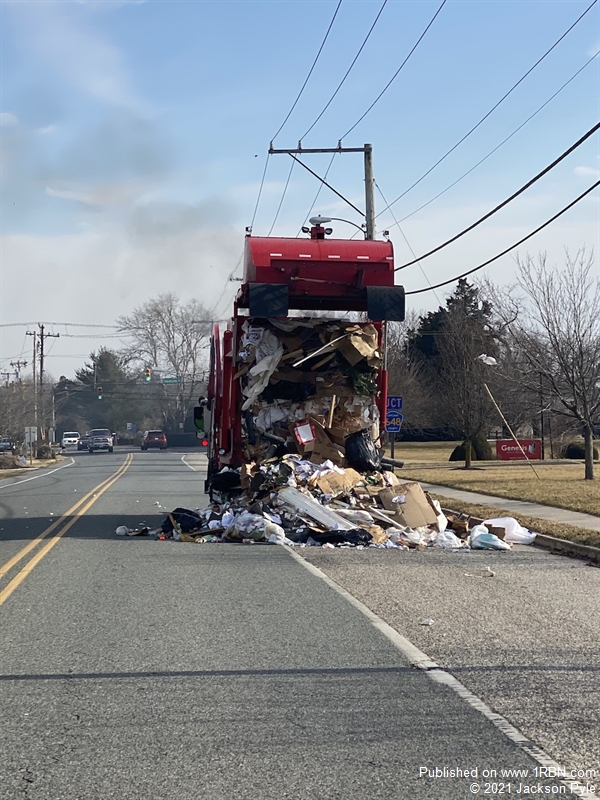 Photo by Jackson PyleTrash truck dumping the load on Shunpike Rd. prior to FD arrival. 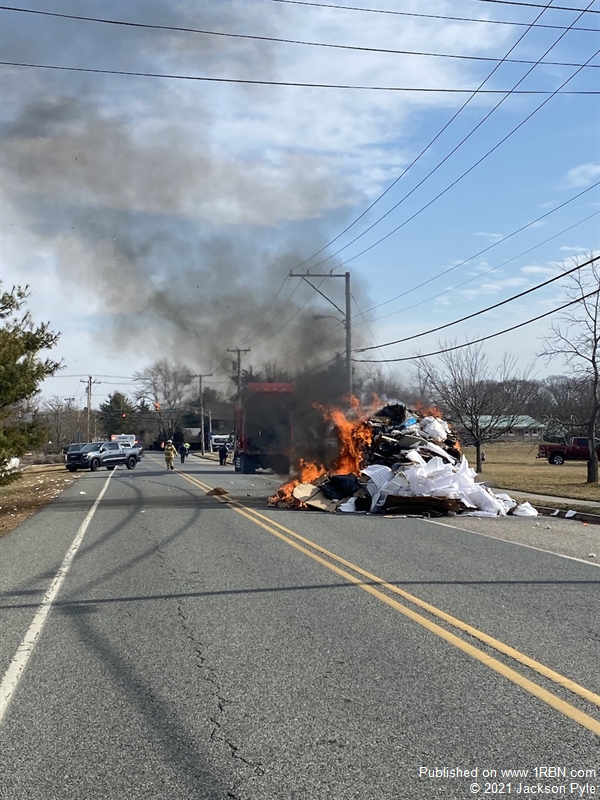 Photo by Jackson PyleRubbish pile burning in the street after the trash truck dumped the load and prior to FD arrival. 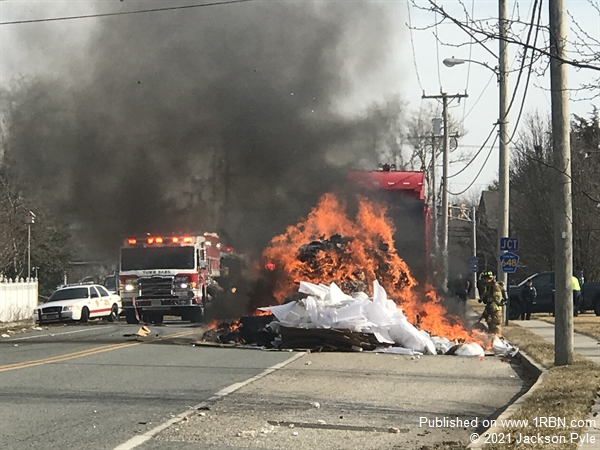 Photo by Jackson PyleTown Bank and Erma Fire working to suppress the blaze. 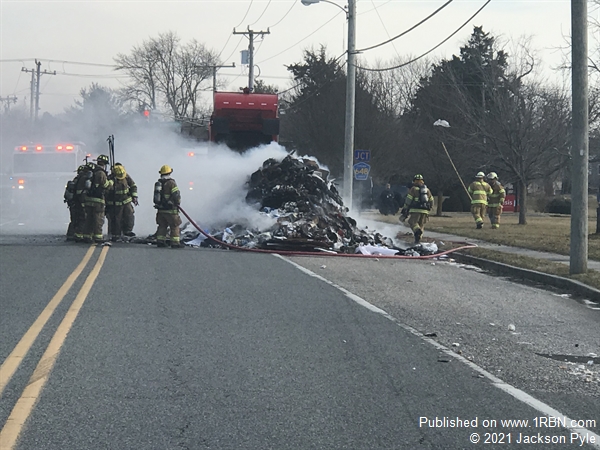 Photo by Jackson PyleTown Bank and Erma units operating, bulk of the fire knocked down and crews were awaiting the arrival of township backhoe.

Lower Twp., NJ - Just before 9:00 A.M. on Thursday, March 11th, an off duty career firefighter noticed smoke coming from the rear of a trash truck on Shunpike Road.

The firefighter was able to flag the driver down and get him to stop the truck. Once stopped, it was confirmed that the rubbish being hauled was on fire inside the tank. The contents of the truck were dumped on Shunpike Road and the truck was moved away from the now active rubbish fire in the street.

Town Bank and Erma Fire Companies responded to the fire. Lower Township Public Works responded with a backhoe to assist crews with overhaul. No injuries were reported, nor was there any damage reported to the trash truck.