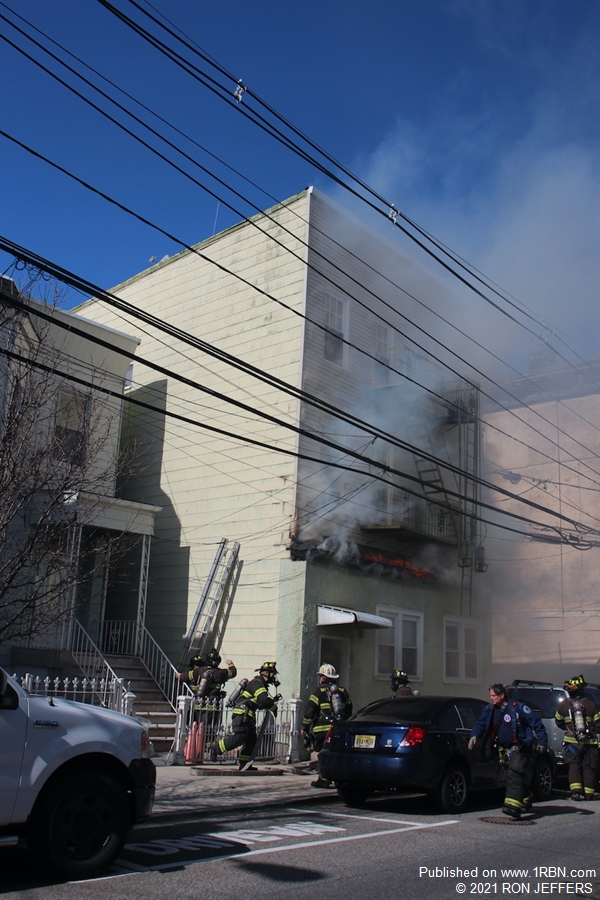 Photo by RON JEFFERSHampered by street closings in the area, first arriving North Hudson fire companies line-in and begin to "open up" to find the concealed fire in the six-unit dwelling at 3417 Hudson Avenue, Union City, on March 9th. 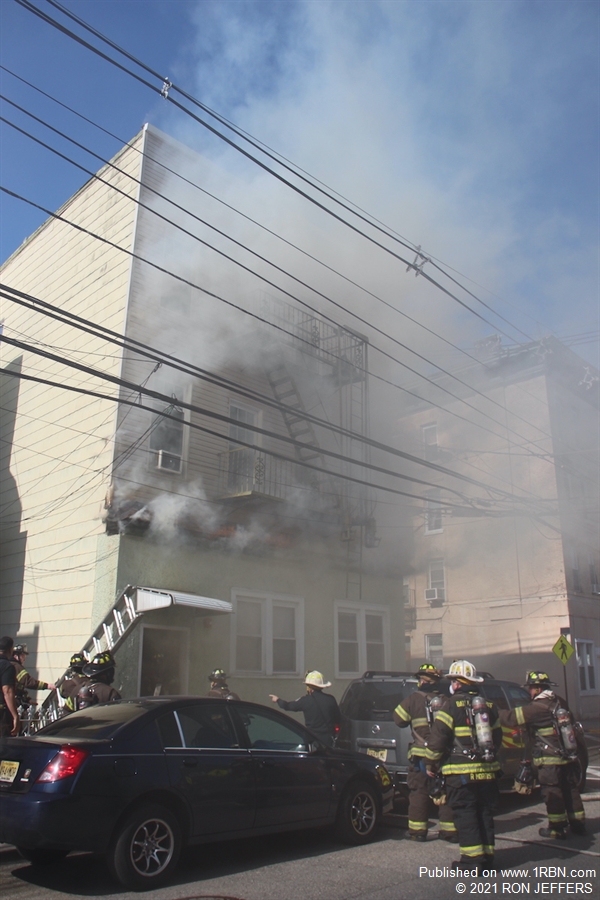 Photo by RON JEFFERSFlames break through the 'A' side of the building between the first and second floors of the Hudson Avenue dwelling. 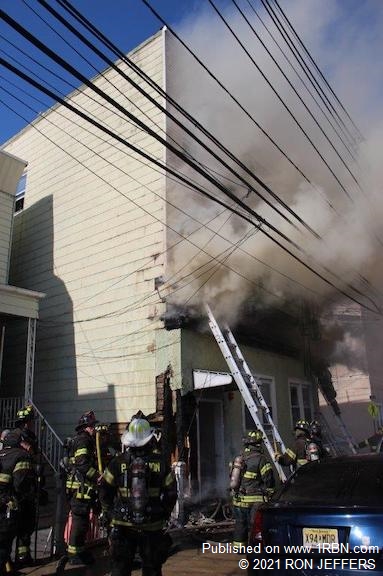 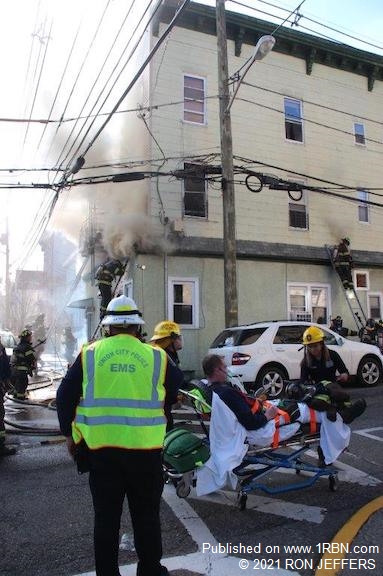 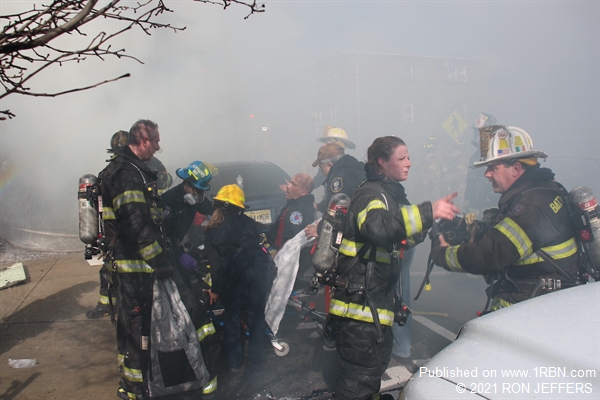 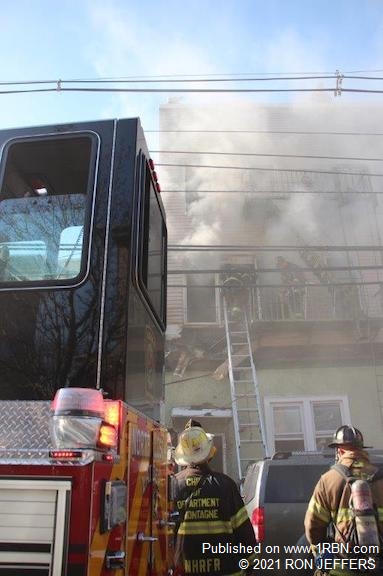 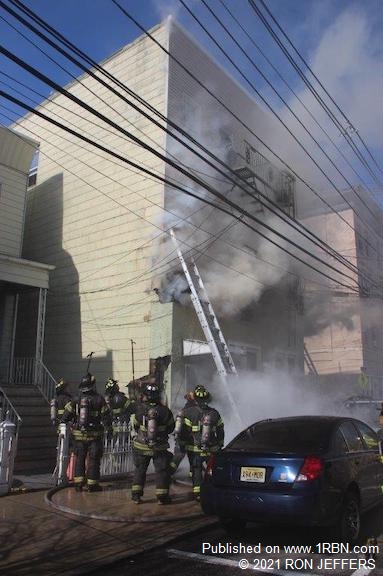 The North Hudson Regional Fire & Rescue dispatched a full-assignment to 3417 Hudson Avenue shortly before 2:00 P.M. for a report of smoke in the hallway. Apparatus placement was hampered by street closings due to construction, including Hudson Avenue, one block south of the fire building. Fire companies radioed directions to each other on the best way to approach the structure.

First arriving members found a haze in the hallway and began a search. Smoke, and later fire, broke out from the 'A' side between the first and second floors. Members began “opening up” to locate fire and its traveling direction. The first floor apartments had “tall ceilings” to open and after the first ceiling was open, there was a tin ceiling above that. Heavy smoke was covering the front of the building, as members opened, and inspected, walls, floors and ceiling to find flames.

Additional resources were needed for this labor-intensive fire. A total of four alarms were transmitted by Deputy Chief David Donnarumma, which included mutual aid companies and chief officers from Jersey City and Hoboken to the scene. Firefighters went through numerous air bottles, and the North Hudson Mask Service Unit used up its air supply and all spare bottles. The Jersey City Mask Service was special called to the fire for additional air supply.

During the course of the fire, two members were injured and removed by stretcher by city EMS and taken to a local hospital with non-life-threatening injuries. Six city EMS units and mutual aid EMS units from Hoboken, Jersey City and McCabe Ambulance were on the scene, as low-banking smoke covered the neighborhood.

It took several hours, and a lot of “opening up”, to reach the flames before the multiple-alarm was declared under control. A department fire watch remained at the building overnight.

In addition, the Red Cross was on the scene to assist residents. The Jersey City Gong Club canteen was also present for rehab purposes.