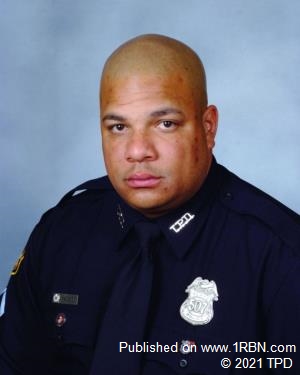 Just before 1:00 A.M., Tampa Police began receiving calls about a white vehicle driving southbound in the northbound lanes of I275 at a high rate of speed and swerving through the lanes. Within one minute of the original call, the white sedan crashed into Officer Madsen's police vehicle between the Hillsborough and Sligh Avenue exits. The impact killed both Jesse and the driver of the white sedan, who has been identified as 25-year-old Joshua Daniel Montague of Golden, Colorado.

It is early in the investigation and currently unknown as to why and where the driver entered the interstate in the wrong direction of travel.

Jesse's badge, number 507, will be retired and his name will be etched for eternity into the Tampa Police Fallen Officers Memorial. He is the 32nd Tampa Police Officer to make the ultimate sacrifice.

The Tampa Police Department will go into a seven-day period of mourning.